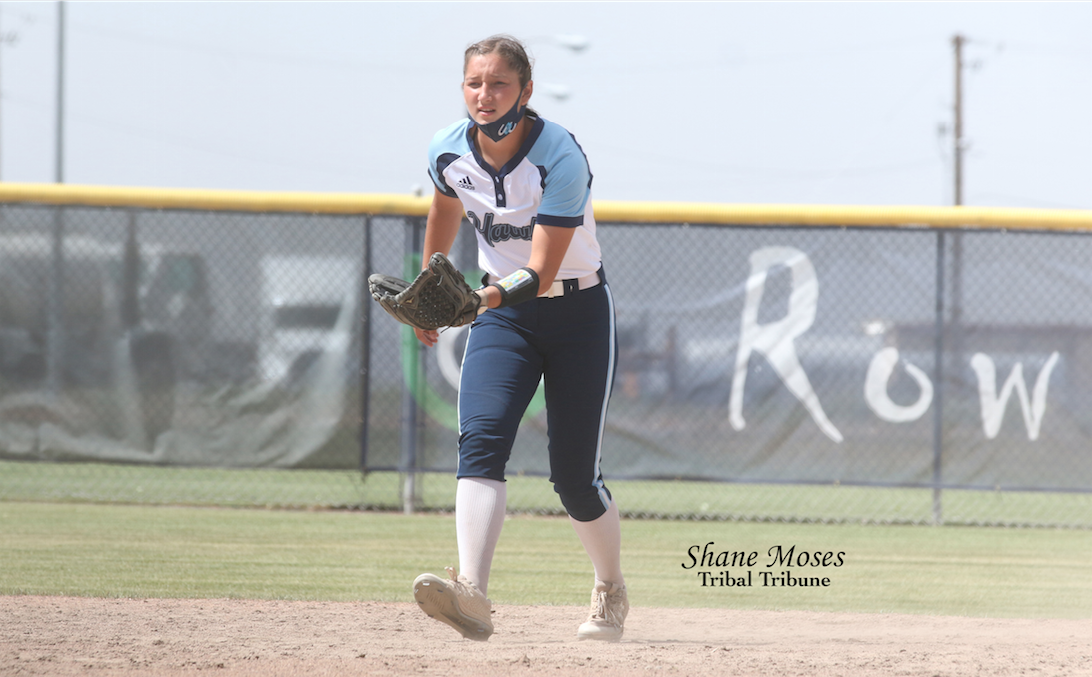 Colville tribal member Rylee Desautel playing second base for Columbia Basin gets ready to field a ball against Big Bend (May. 27) in Northwestern Athletic Conference action. 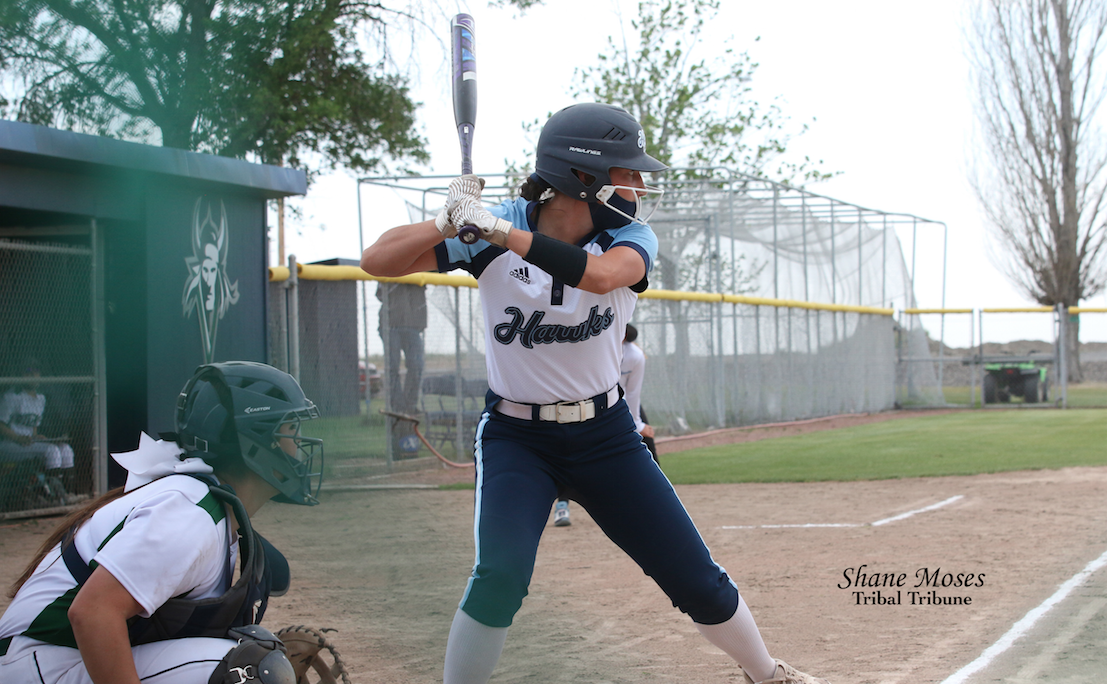 Colville tribal member Rylee Desautel steps up to the plate for Columbia Basin against Big Bend (May. 27) in Northwestern Athletic Conference action 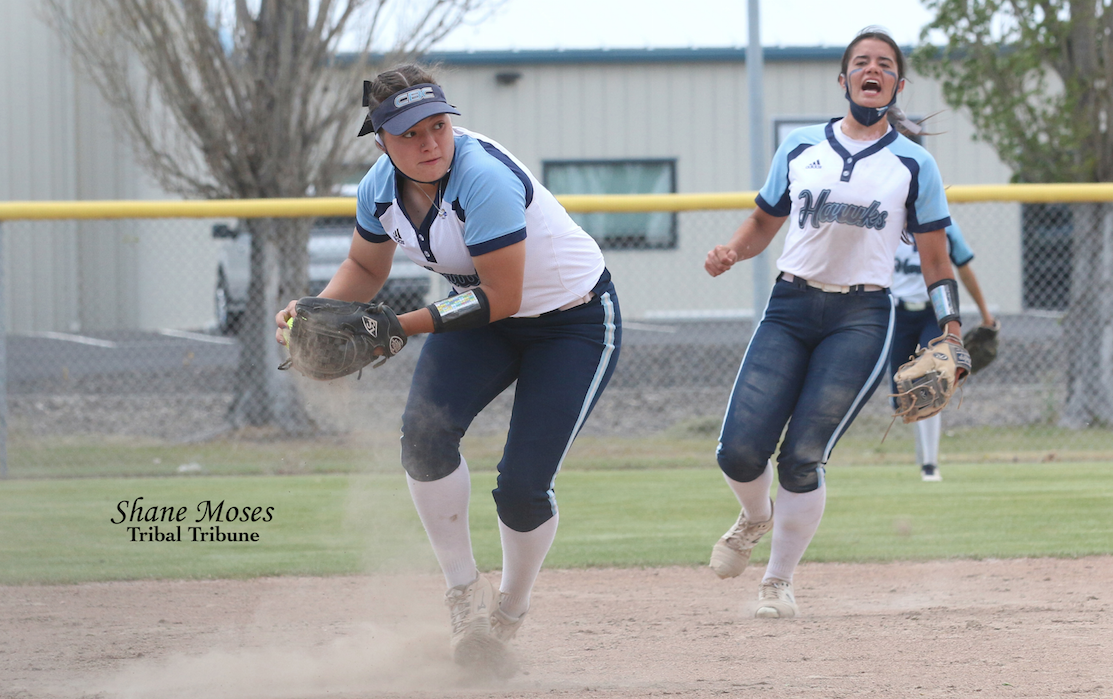 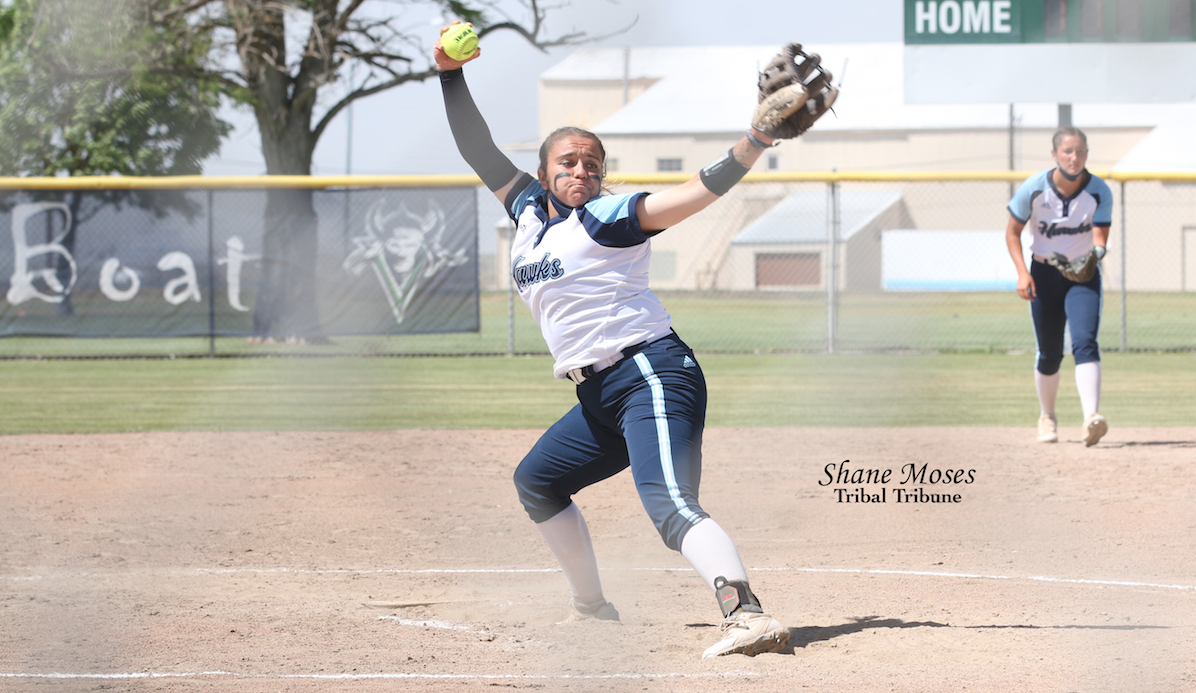 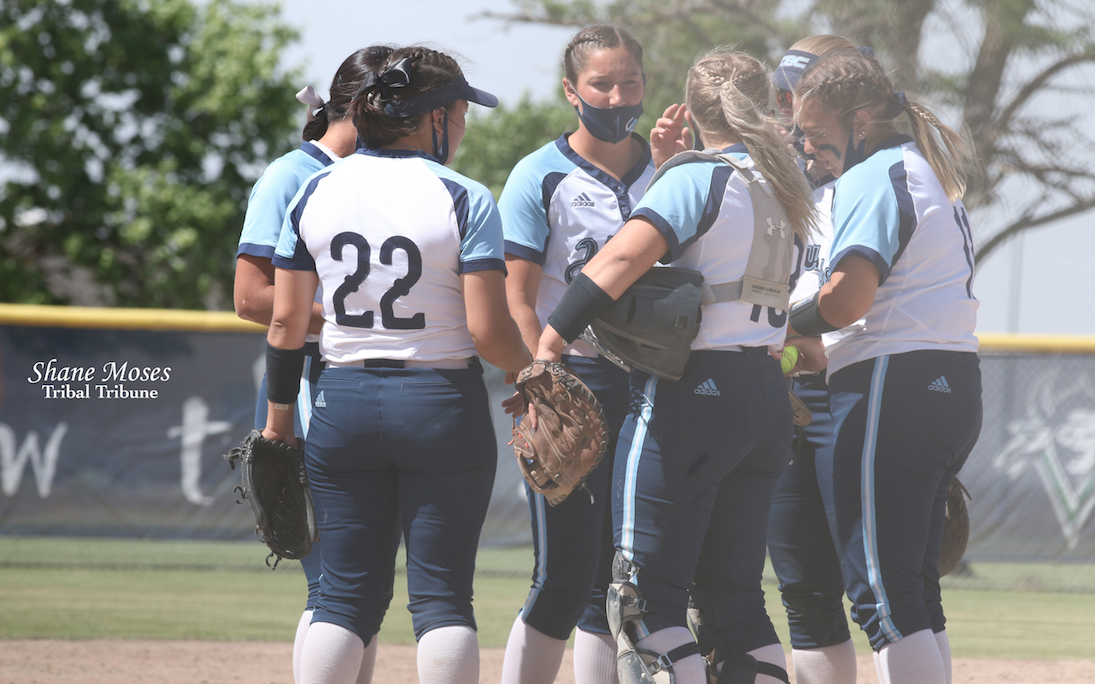 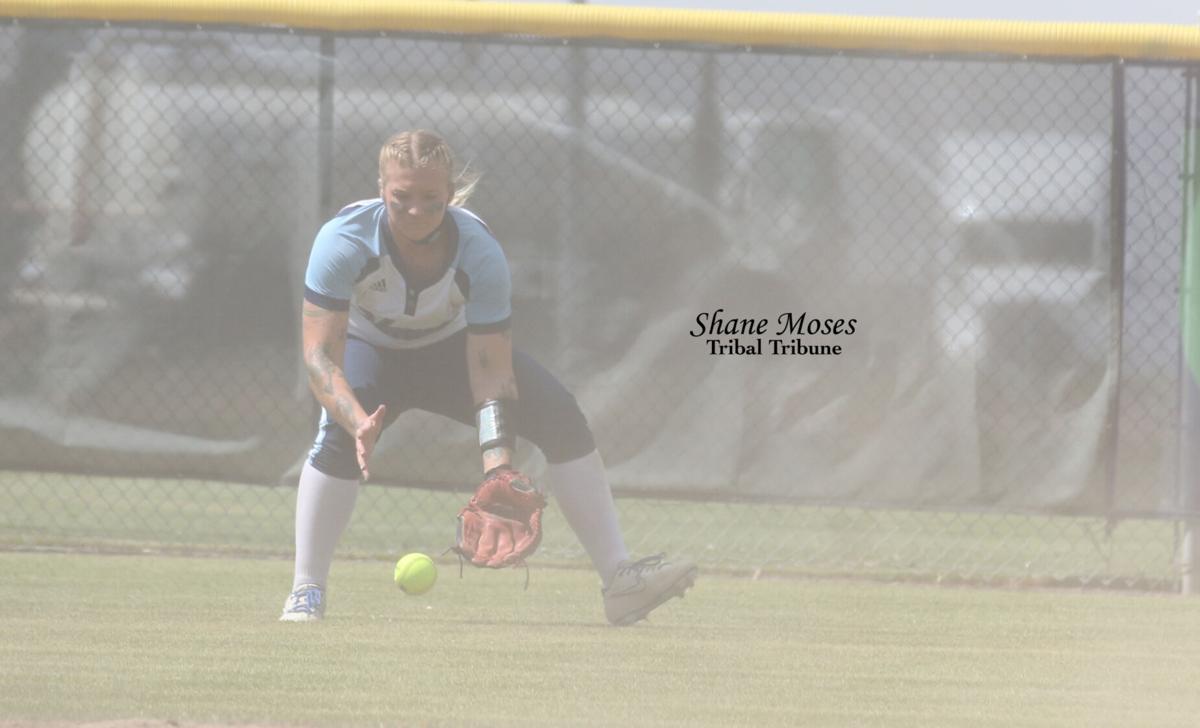 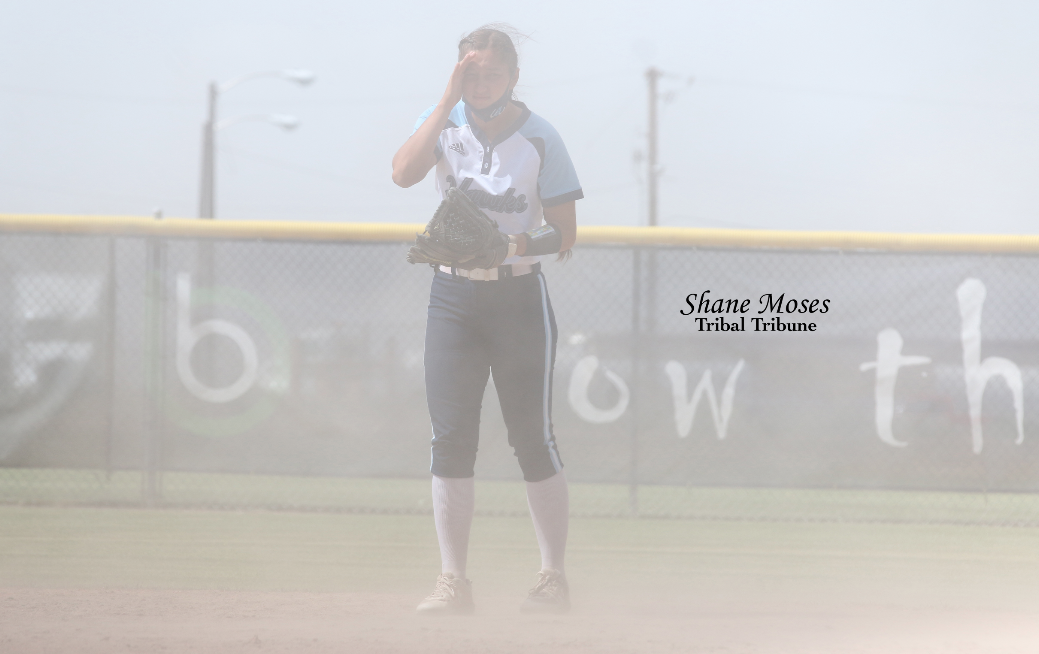 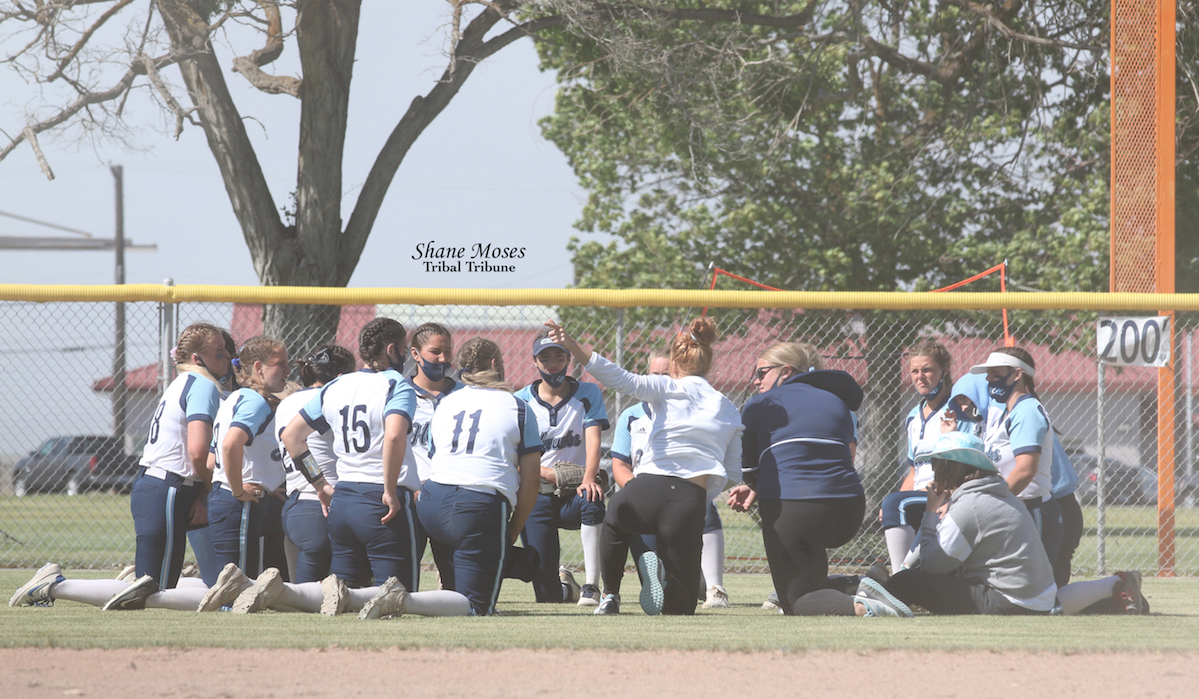 Colville tribal member Rylee Desautel playing second base for Columbia Basin gets ready to field a ball against Big Bend (May. 27) in Northwestern Athletic Conference action.

Colville tribal member Rylee Desautel steps up to the plate for Columbia Basin against Big Bend (May. 27) in Northwestern Athletic Conference action

MOSES LAKE – The spring 2021 season - her first at the college level - turned out to be one of the more memorable softball seasons ever for Colville tribal member Rylee Desautel.

The season was full of great memories, but it also had its share of challenges along the way, mostly due to the pandemic.

“This year was definitely the most challenging year I’ve played in,” Desautel said. “It was just full of unknowns. We practiced in the fall not knowing if we were going to get to play any games in the spring.”

Desautel kept her blinders on and stuck to the task at hand as she found her coaching staff to really set things in perspective.

“My coach has really high expectations. Not in us winning every single game but in us working hard to do our best every day in everything we do,” says Desautel. “That includes off the field as well. At the beginning of the year she said, 'Be the beautiful.'”

“We didn’t know what kind of season we were going to get, so our goal was to be a good person in this world and grow as players.”

Desautel and the Columbia Basin College Hawks would get a season, as they were able to use that as a launching pad going into next year.

“My first season was great,” Desautel said. “Playing at the college level was a lot different. I was challenged as a teammate, player and athlete. I had to get out of my comfort zone as an athlete and person, which allowed me to really grow throughout the season.”

Desautel ended the season as one of the more consistent hitters on the team, but expressed that up until a certain point had at first struggled.

“I didn’t start off 100 percent,” she said. “Our NIC game really sticks out to me. It wasn’t until that game that my bat really broke out and I felt confident at the plate.”

Leading up to a doubleheader at home against Northern Idaho College, Desautel was 4-for-15.

After the doubleheader with NIC, she hit her first double and triple of the season and would go on a tear afterwards.

Not too shabby for a player pulled from the 1B ranks.

“I love it, small town kids that often get missed, diamonds that are overlooked, not here at CBC,” says Montessa Califano, Head Softball Coach for Columbia Basin. “Rylee has been a great addition to the team. She is mentally tough and a pleasure to coach. She is part of the glue that brings our team together, and we are so thankful to have her here at CBC.”

Califano knew the first moment that Desatuel went out to Pasco for a workout that we have to get her to play here.

“Rylee came out to a workout we had, and we wanted her at that moment,” said Califano. “She put two balls over the fence, and she honestly didn’t even hit solid contact and was out front and still was able to do that.”

In her first season, Desautel filled up the stat sheet and was near the top of the team in virtually every category.

“Rylee has a ton of power. She has a strong core and can drive the ball,” says Clifton

Desautel played second base for the Hawks and flourished there.

“We asked her to learn second base, which we actually had talked about in the fall because of her range and athleticism. She ended up playing a great second base for us,” Califano said. “She had a strong arm and great range at short, which we loved, but it was her presence and this quiet confidence she held within herself that stood out the most to me.”

"Rylee is one of a kind. She did great things for us this year. She is going to do amazing things for us next year,” said Califano. “All of that aside. She is the type of person we want representing CBC softball, everything she is about, everything she represents, who she is, sets a tone for the future Hawks and those around her. We love her, and I don’t even want to think about saying goodbye to that kid. That is going to be a hard one.”

“The season went decently considering the year we have had,” said Califano as the challenges of the Coronavirus made things uneasy at times.

“There were times we didn’t have a timeline, or there were lingering unknowns.”

For Califano, their goal was simple.

“Overall goal for the entire year; we will overcome whatever is thrown our way, any challenge, any pause, any set back, we would face it head on and find our way through it,” she said.