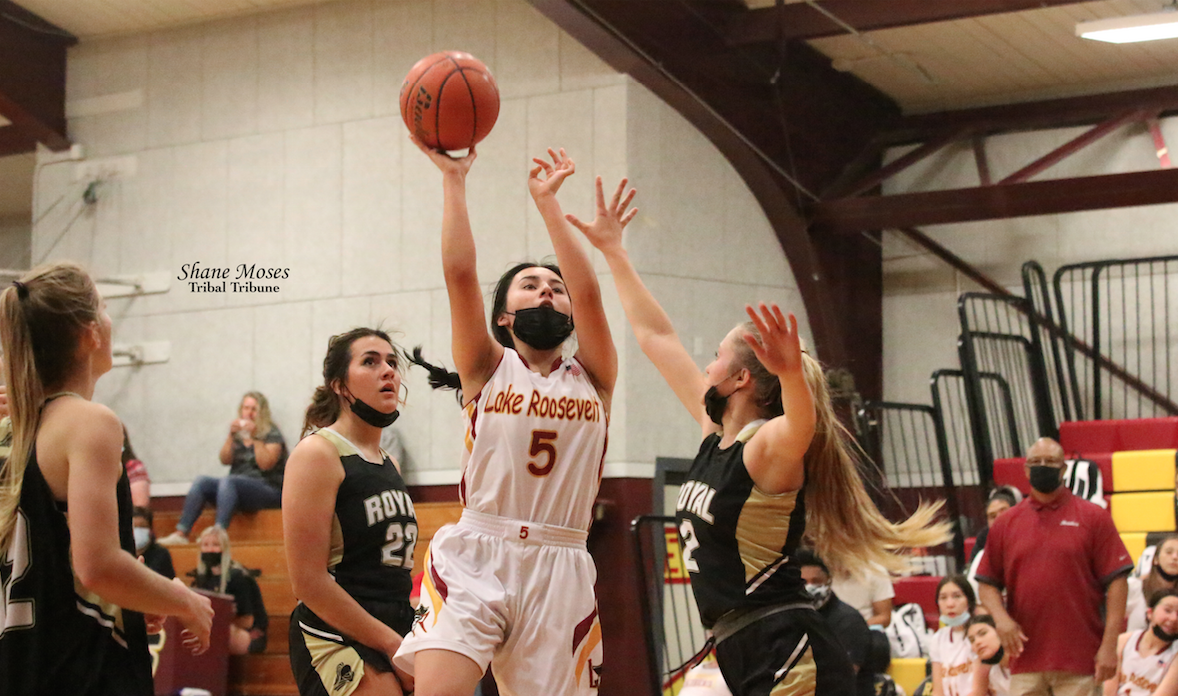 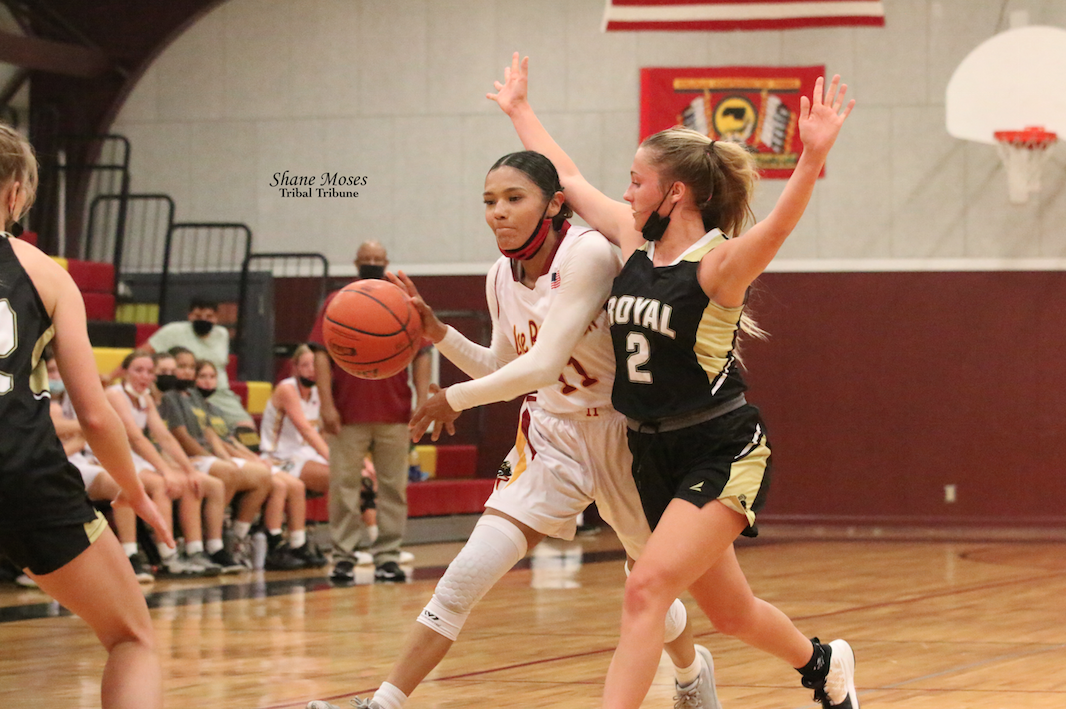 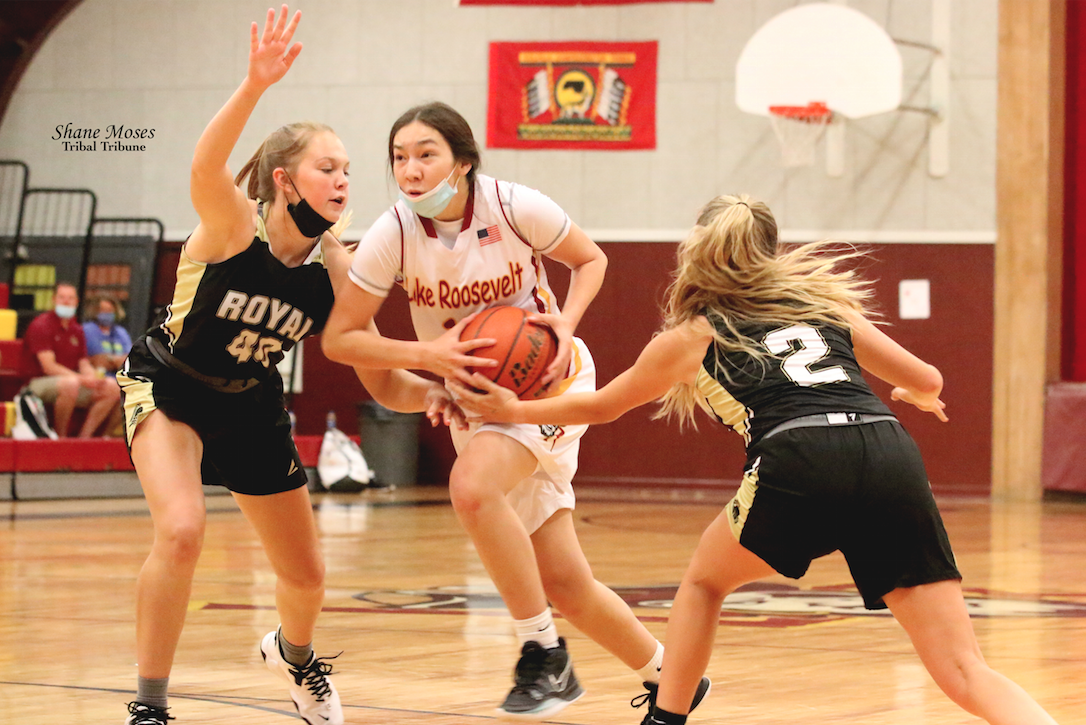 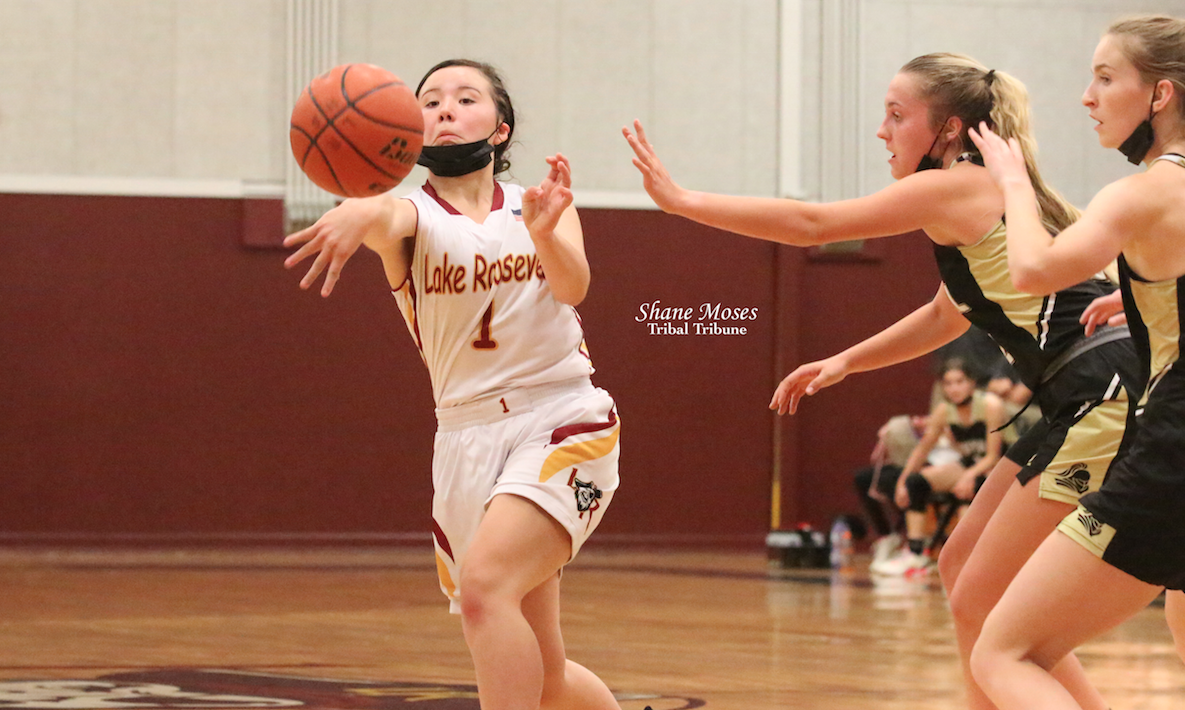 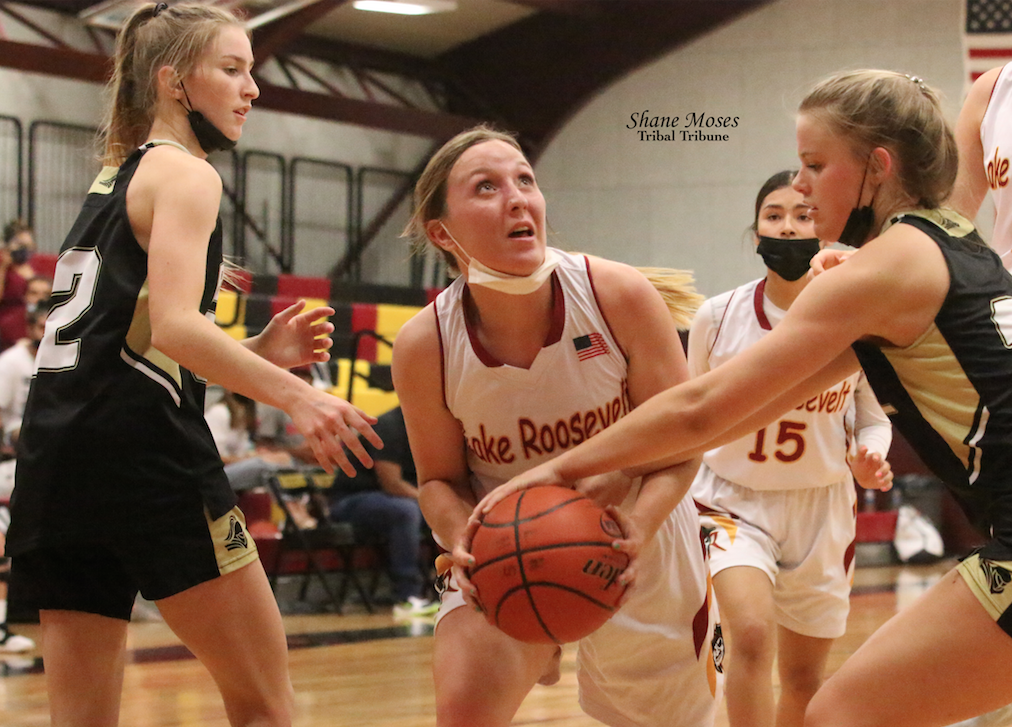 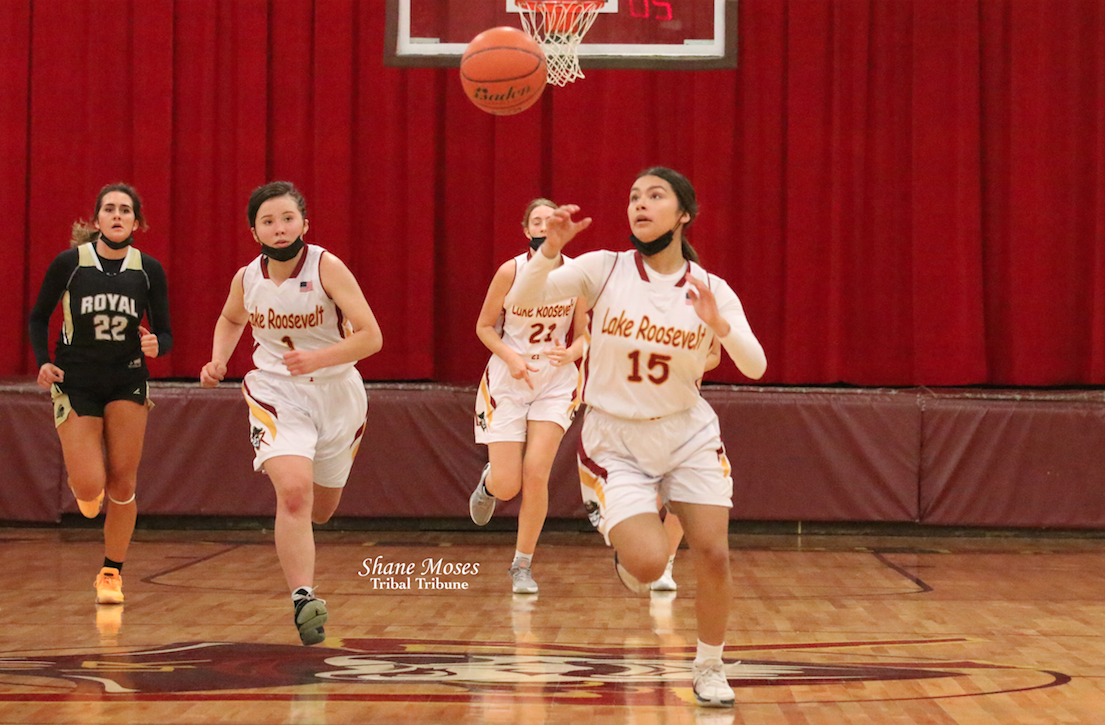 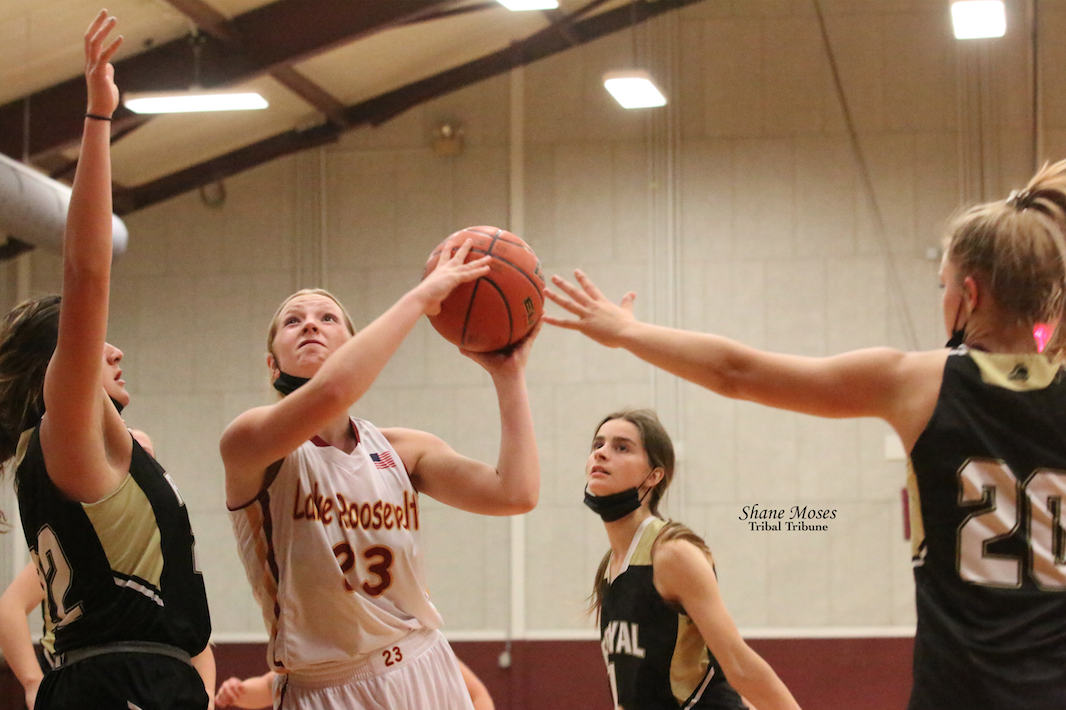 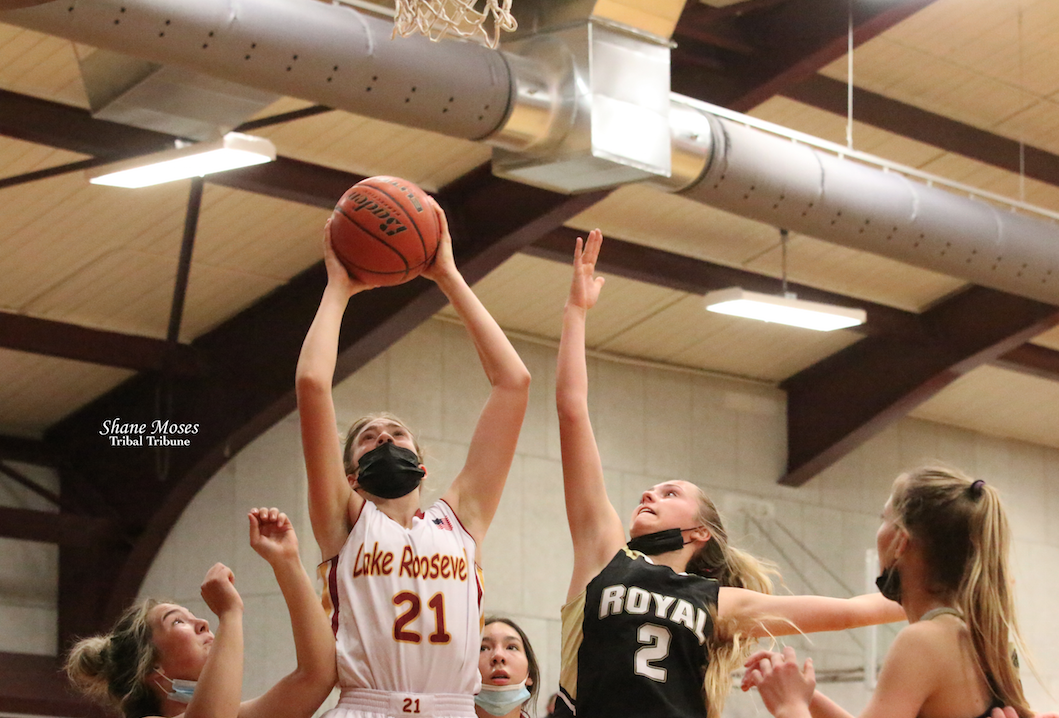 Lake Roosevelt girls basketball loses only one senior; bringing back 10 for next season; nine-of-10 are from loaded freshman class looking to get back to state tournament

COULEE DAM – Playing in what would be her final games as a Raider, Colville tribal member Kyona Edmo made the best out of an unfortunate situation.

This season was cut down significantly due to Covid-19 as teams across the state had a shorter schedule than they ever had combined with their being no postseason action.

With only 10 games on the schedule, Edmo helped the Lady Raiders get off to a great start winning their first four games of the season.

And than that’s where everything came to a halt.

The girls’ team would have to go into Covid-19 protocols, being forced to cancel three games with no make up dates, as well as not being able to practice as a team.

“Just when we started getting on a run and started playing really good basketball, we got shut down because of Covid-19 protocols,” said Pleasants.

In their first game back after a long week off the Lady Raiders were dealt their first loss of the season to the Royal Knights 50-44 (June 14).

A few days later Lake Roosevelt would go on to end the season on high note with a 63-22 win over Manson (June 18), finishing with a 5-1 overall record in a shortened Covid-19 season full of what-ifs.

“I feel like Covid-19 really ruined it for all of us,” says Edmo.

Despite not being able to get a normal type of season, Edmo nonetheless took a step forward in helping the program in other ways.

“I’m happy with the one senior that I got,” said Pleasants. “She didn’t have to play but she showed up.”

Edmo was crucial in helping bring along a guard dominated freshman class, which accounted for nine of the 11 varsity players.

“Kyona Edmo has been really huge in helping them guards,” said Pleasants. “She showed great leadership for those freshman and that’s been huge for them.”

This squad will look to make some noise in the upcoming years as they bring back 10-of-11 players for next season.

“I look forward to some big things next year,” says Pleasants.