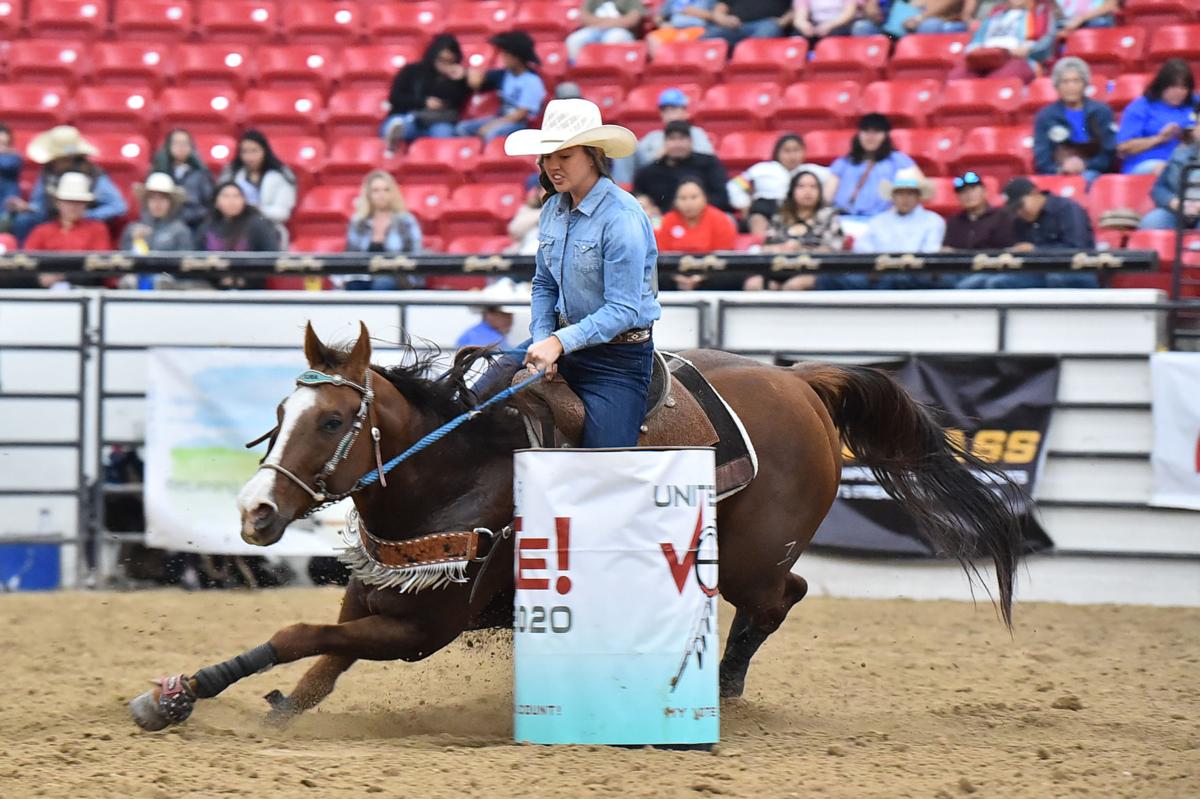 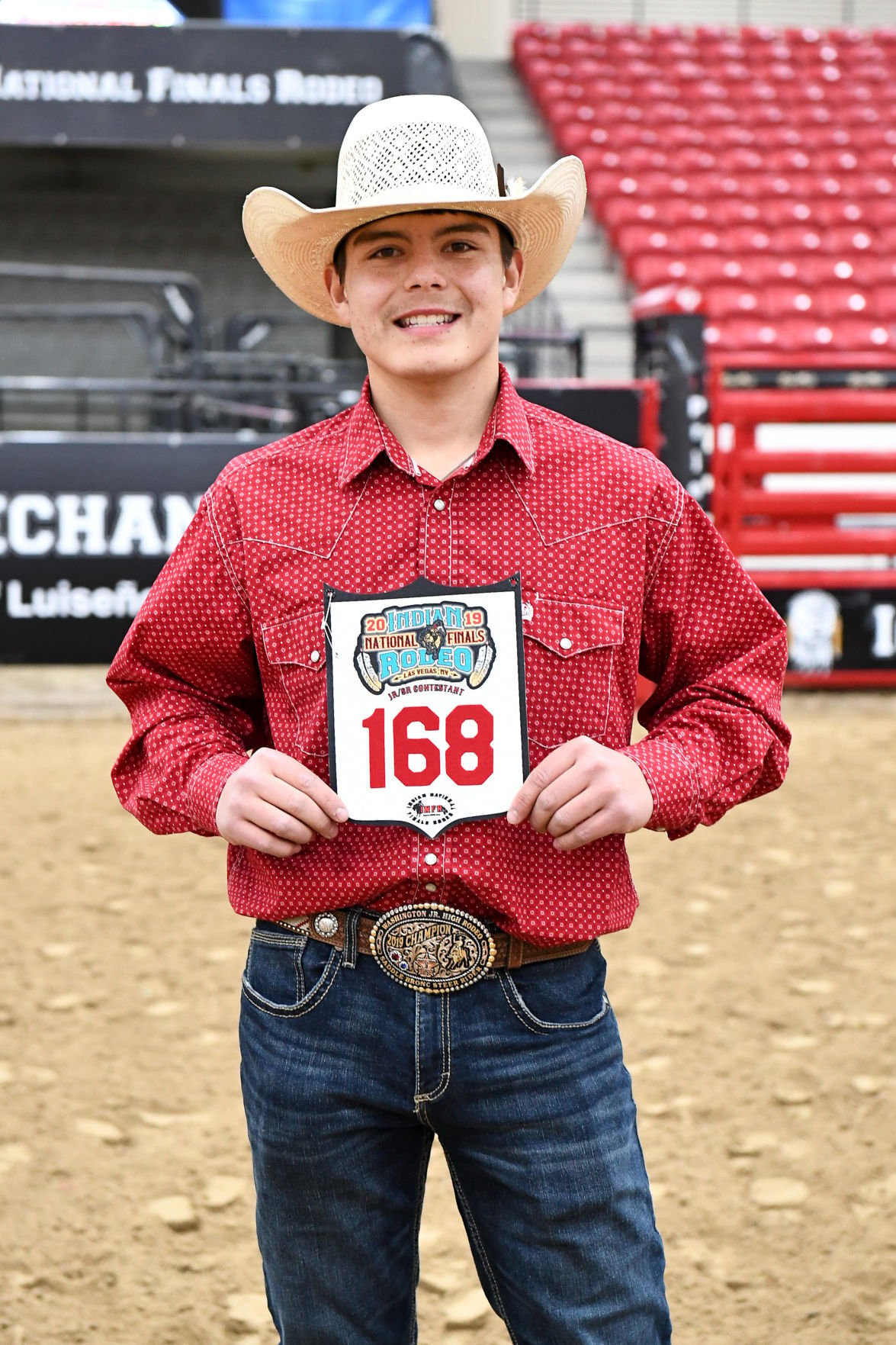 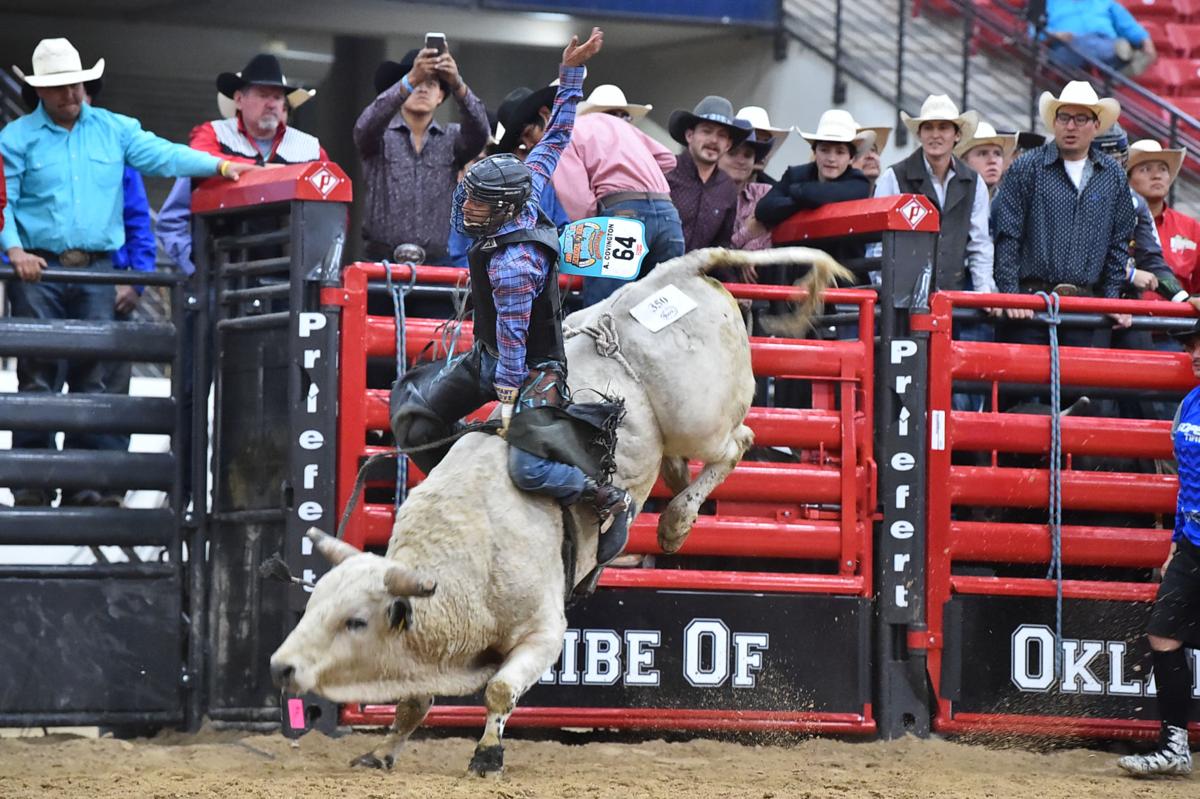 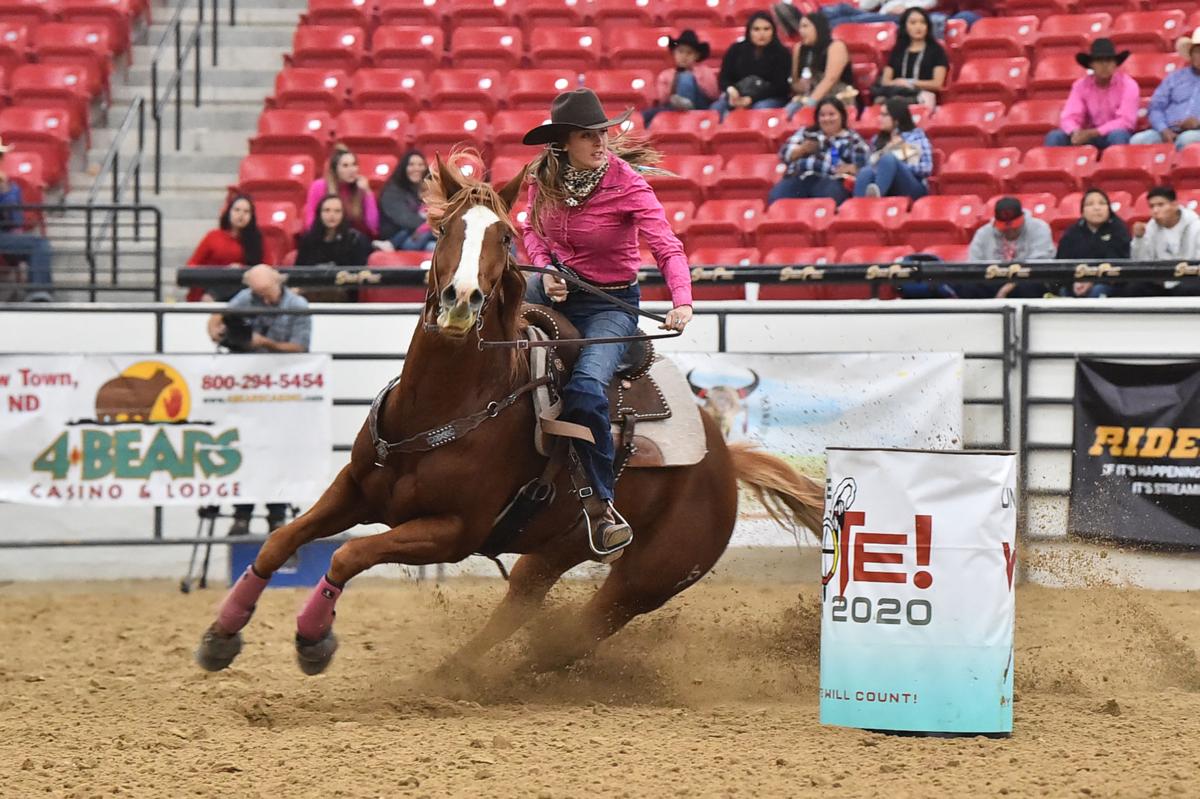 LAS VEGAS – Since she was very young, Kaelyn Marchand (Colville tribal member) can recall what it would be like competing at the Indian National Finals Rodeo.

Well, now she doesn’t have to dream about it. She made it become a reality.

But her journey to bright lights in Las Vegas wouldn’t be a cakewalk, as she would go through some trying times along the way.

“In all honesty, the 2019 rodeo season was probably one of the more trying years in my rodeo career,” Marchand said.

“I went to more pro rodeos this year, and that’s an entirely new level of competition. I struggled with keeping my horse healthy in some aspects and really wasn’t sure what to expect going into regional finals.”

For Marchand and her horse Raven, there would be light at the end of the tunnel.

“Everything fell together at the end to get us to the INFR,” Marchand said.

She would earn a spot in this year’s INFR, competing in the ladies barrel racing.

“It was definitely living out a childhood dream/goal,” says Marchand. “To be able say I’ve made it. Something I’ve worked for a long time.”

“I don’t really think that it completely hit me that I was going to be running at my first INFR until I was on the road headed for Las Vegas.”

After a trying summer, Marchand wouldn’t be alone in her journey to the city of sin.

A handful of fellow tribal members and even family would be competing at INFR as well.

“Being able to compete alongside my brother Francis [Marchand] as he secured his first world all around title was so amazing,” said Marchand. “And watching my niece Rocksie do her thing has always been one of my favorite things about the INFR.”

As for Marchand and horse Raven, those first year jitters are always good to shake off.

“For my rookie year at the INFR, it’s hard for me to be upset,” says Marchand. “But there’s always a want to do better and be better.”

“I know Raven and I will be back.”

After the dust had settled, Marchand finished 28th overall in the ladies barrels with a total average of (75.562).

“Most definitely winning the 1st round on a home grown and raised horse that my family and myself have put so much into will be hard to out do!” she said.

Below is a list of Marchand’s performances with placing’s and her time in the Senior Ladies barrel racing;

All INFR events were at the South Point Equestrian Center in Las Vegas, Nevada from October 22-26.

Marchand expressed that there were many that she wanted to acknowledge and show her appreciation.

“I would like to thank my family; my parents, my siblings and their significant others, and the friends that are part of our family!” she said. “I couldn’t live this rodeo life without them. “

“The amount of messages I received in Las Vegas on Tuesday afternoon after I made my first run were overwhelming! To know there were so many people back home cheering me on, made my heart so happy.”