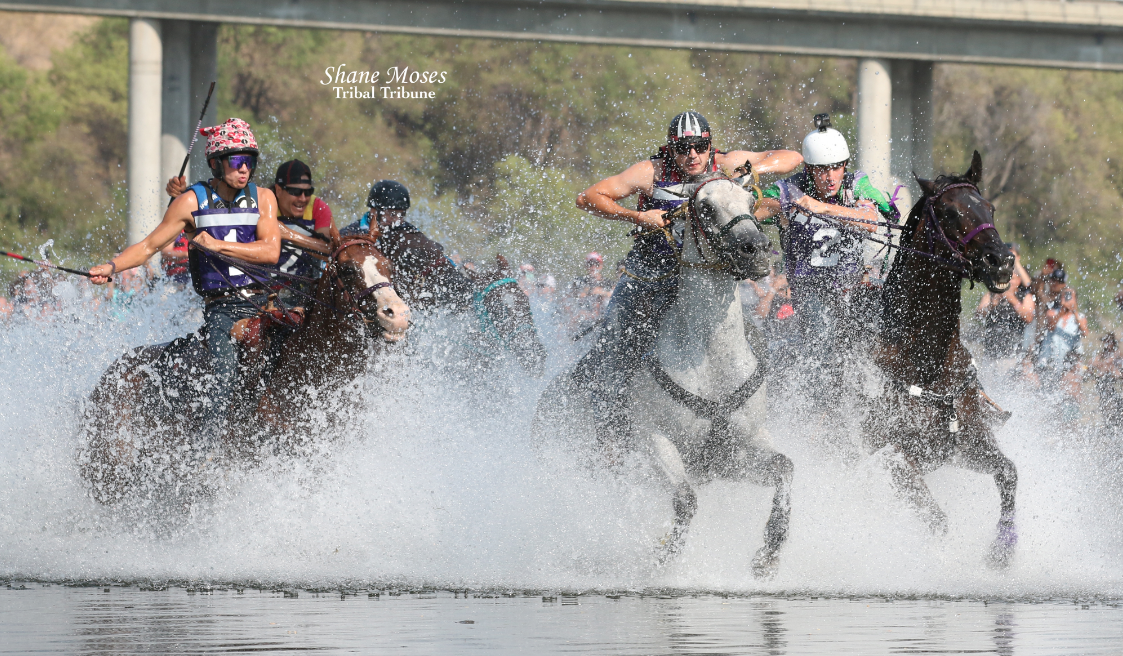 Scott Abrahamson (#1), Oliver Pakootas (#8) and Riley Prescott (#2) make their way out of the Okanogan River and on to the dike on Sunday afternoon 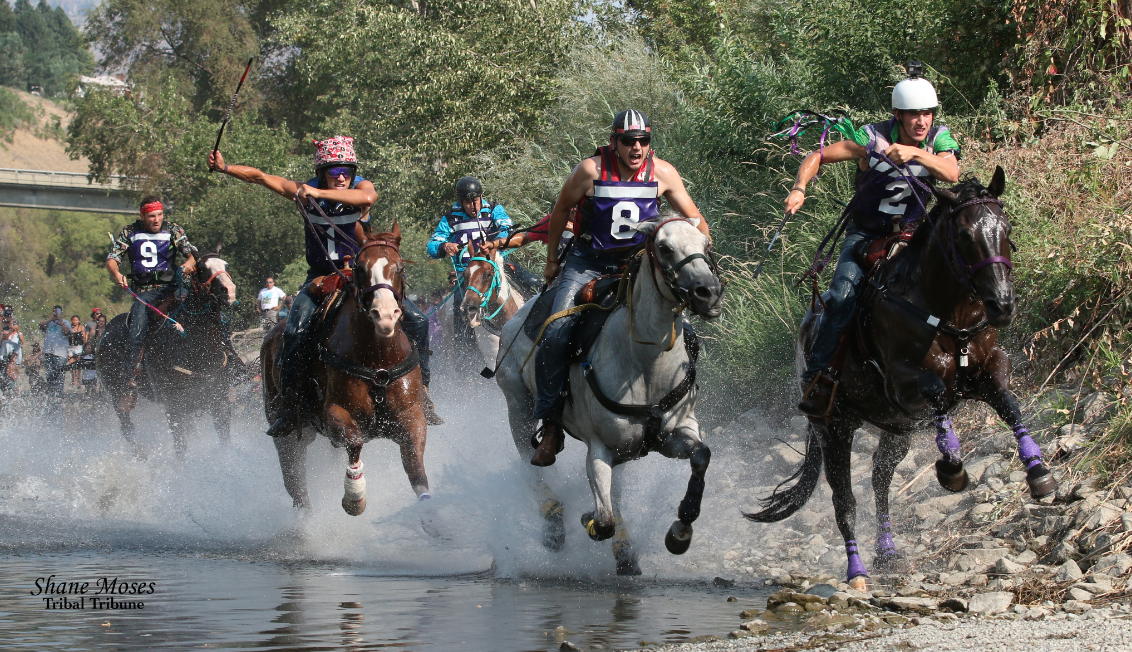 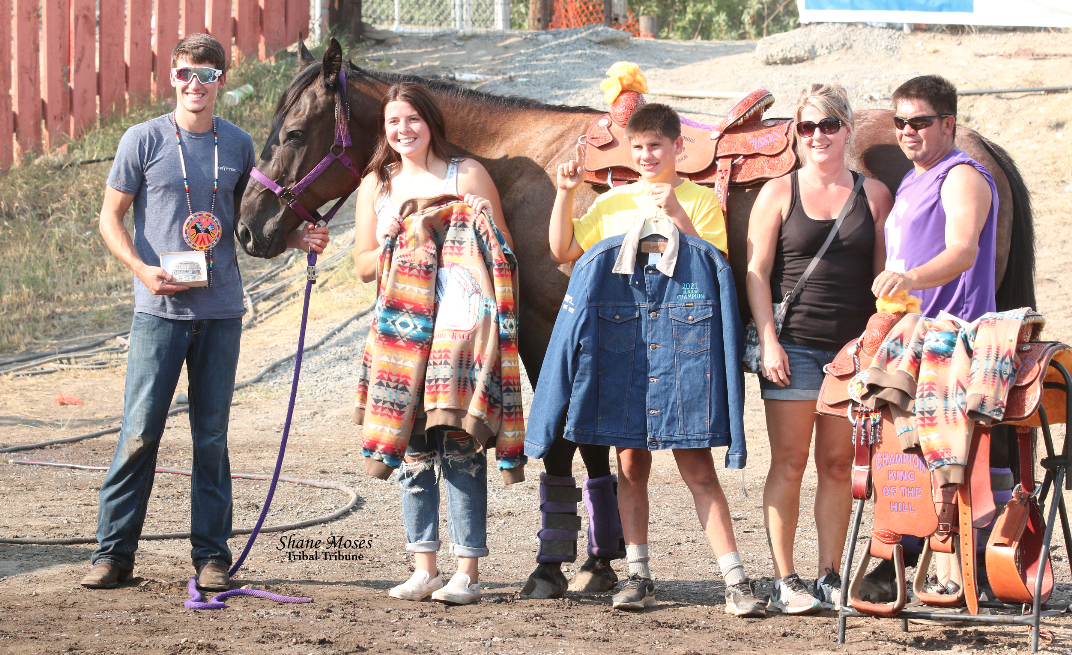 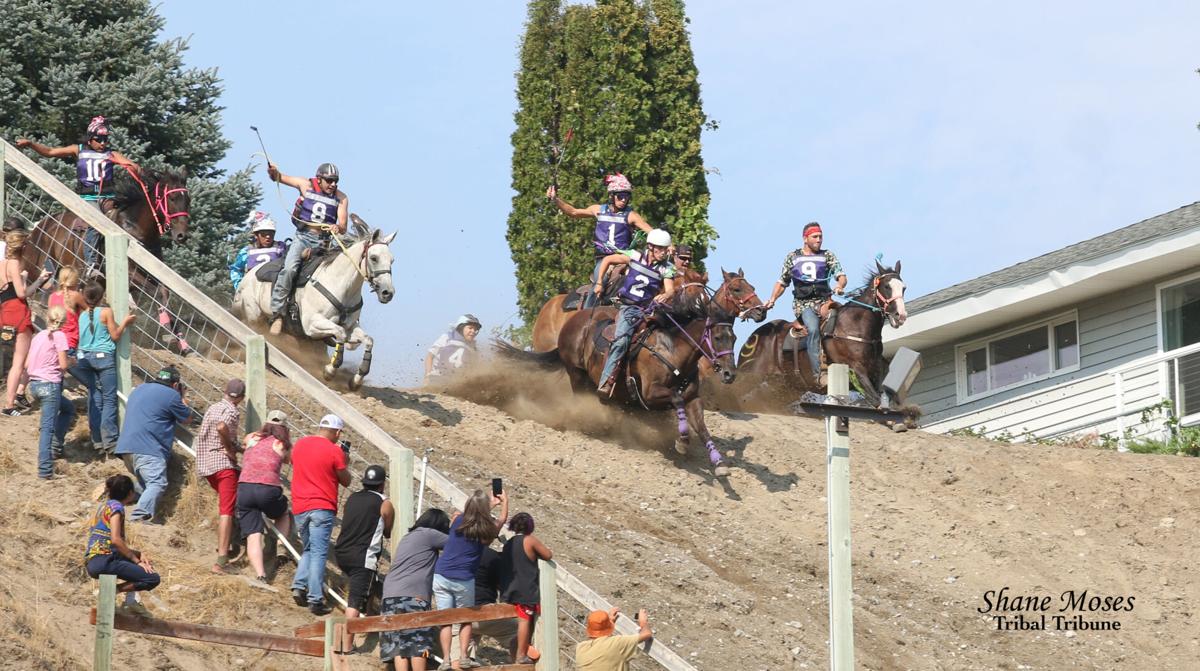 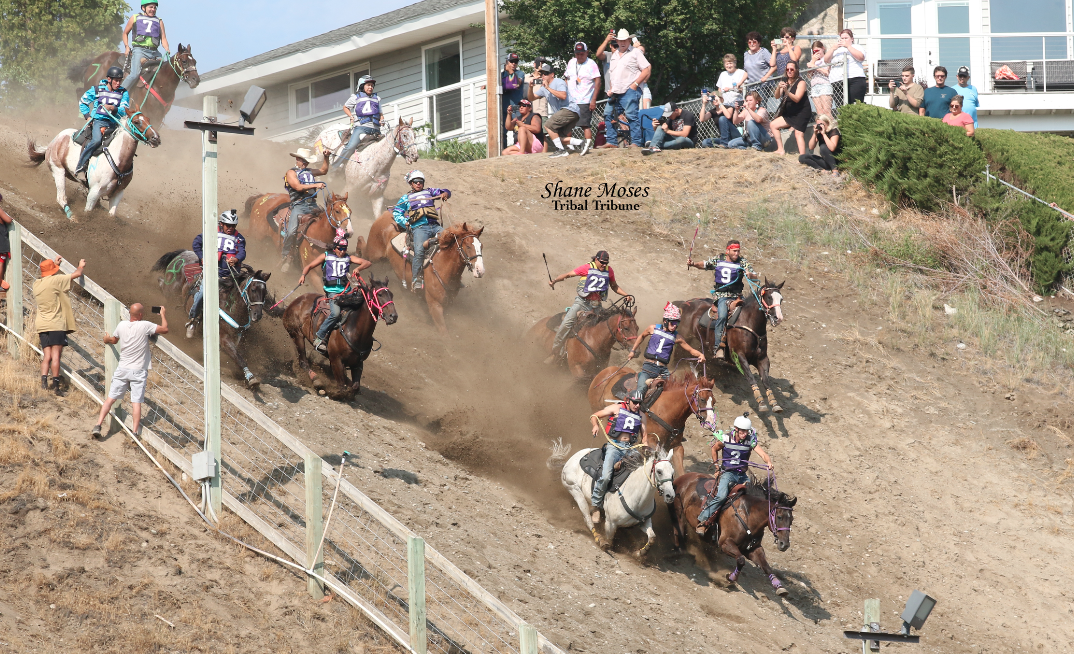 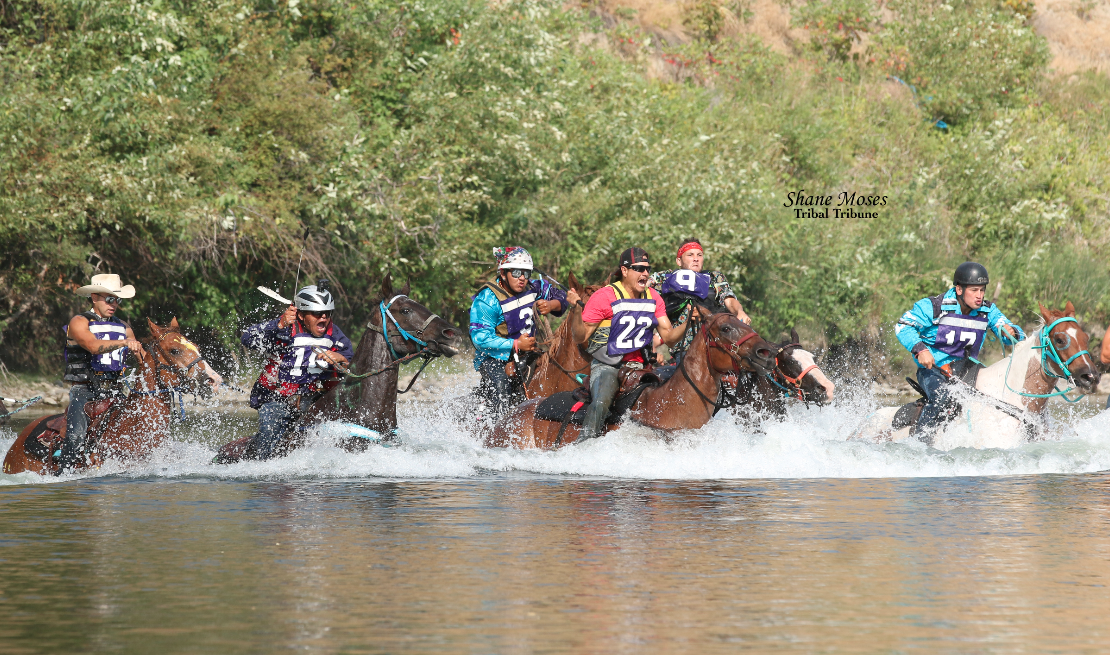 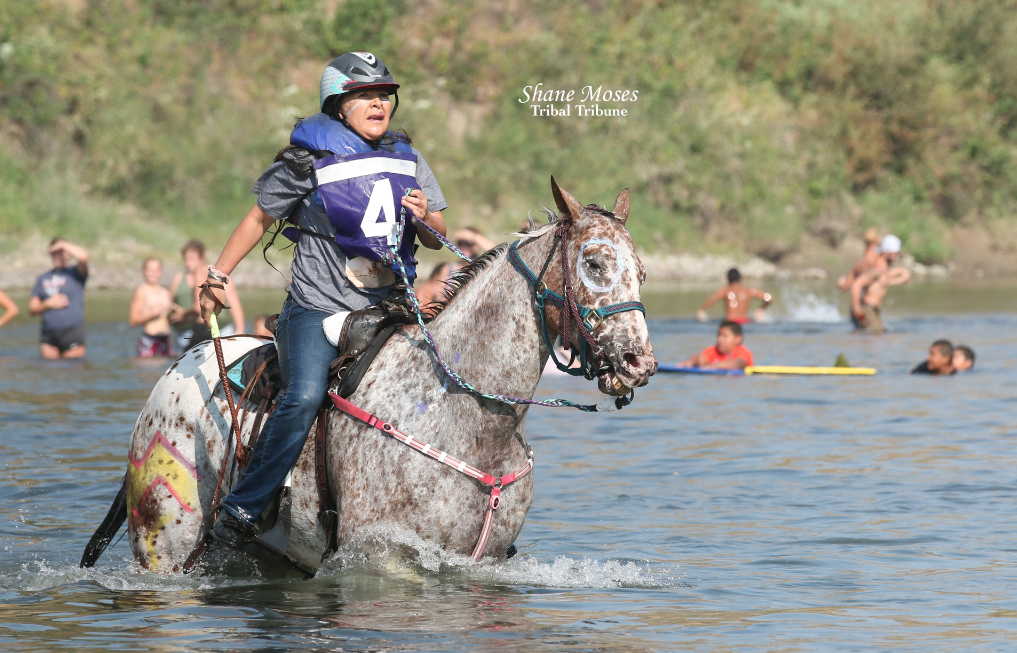 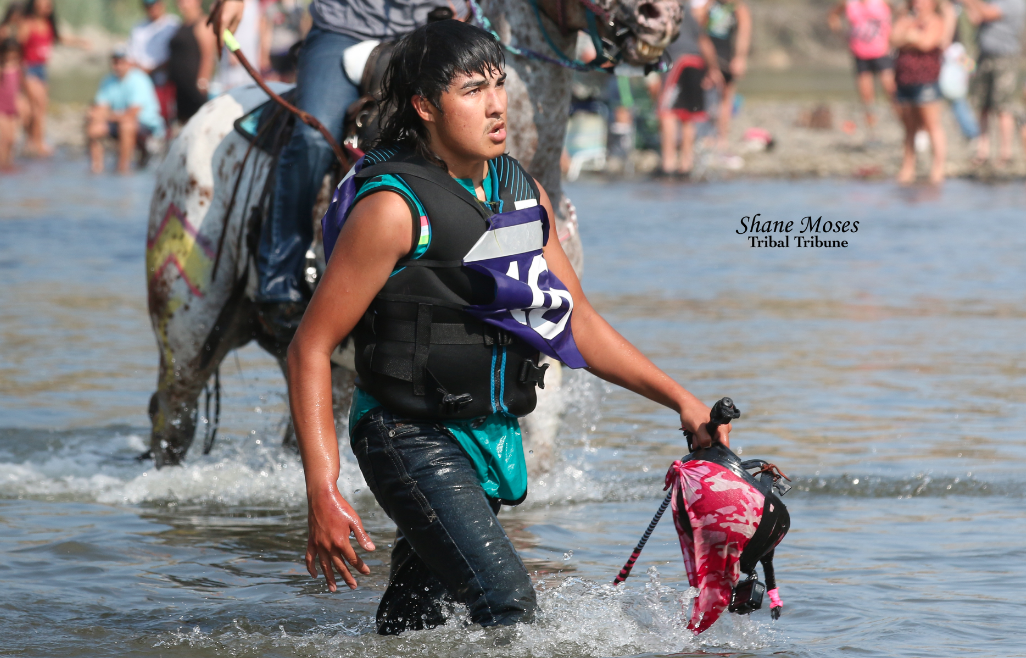 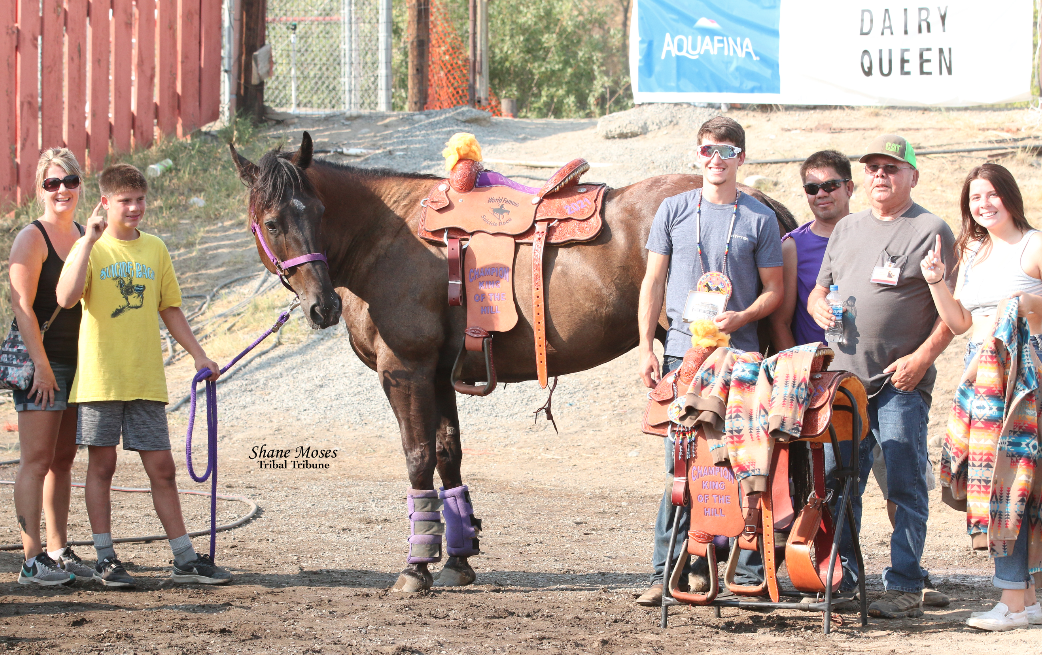 Scott Abrahamson (#1), Oliver Pakootas (#8) and Riley Prescott (#2) make their way out of the Okanogan River and on to the dike on Sunday afternoon

OMAK – After winning back-to-back races on Friday and Saturday night, Riley Prescott only needed to place fifth or better on Sunday’s race to bring home at least a share of the overall title.

But he didn’t have any plans on sharing anything.

Prescott placed a lot better than fifth as he would go on to win his third straight race on the final day of this year’s World Famous Suicide Race, earning his first overall title.

“It feels so surreal right now,” said Riley Prescott after the race on Sunday afternoon.  “A lot of hard work finally paid off.”

Oliver Pakootas and Onyx placed second on Sunday’s race and Scott Abrahamson and Duranimal placed third to round out the top three.

Abrahamson and Pakootas tied for second place in the overall points standings as both went on to earn 13 total points over the weekend.

Trevino and Digger placed fourth in the overall title standings with a total of seven points earned and Josiah Desautel and Chief placed fifth overall with four total points earned.

Audrey Seymour would be the only female jockey to ride in this year’s race.

"I love it," she says. "Hopefully the stars align next year, and I can do better and place higher."

Seymour from Inchelium managed to guide her horse Wind Walker out of tight spots throughout the weekend and expressed that they would be back for next year’s race.

One of the youngest riders in this year’s field was 16-year-old Garrett Mason out of Inchelium. Mason rode the horse Thunder who is owned by Casey Nissen and they were sponsored by Lelah Mason and Daryle Palmer.

"I loved this," said Garrett Mason. "I came out here and tried my best and tried to have some fun."