Skip to main content
You are the owner of this article.
Edit Article Add New Article
You have permission to edit this article.
Edit
News
Sports
Opinion
Social Media
Advertising Opportunities
Local Events
1 of 5 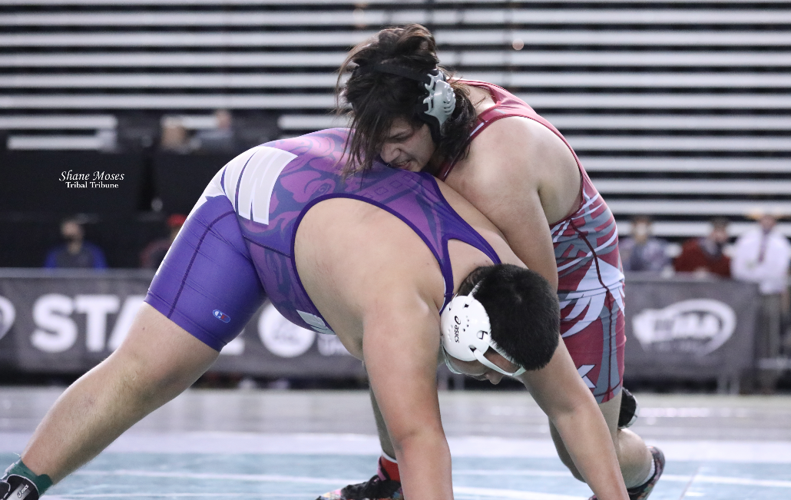 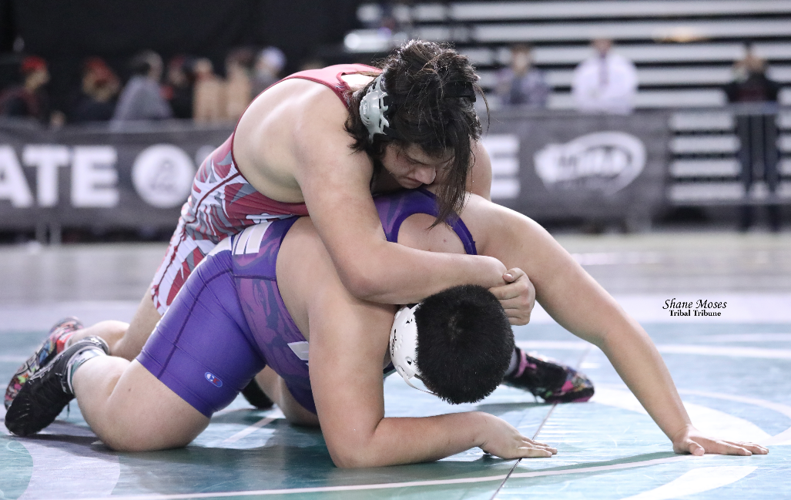 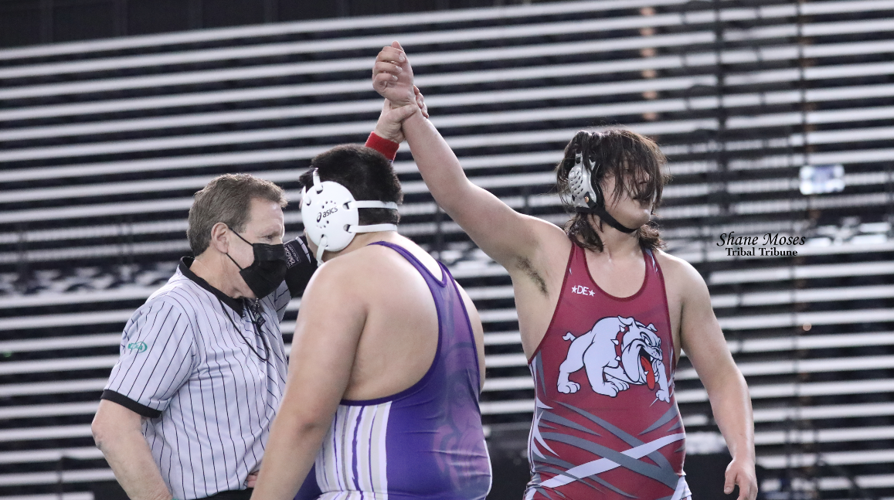 Okanogan’s Joseph Cates has his arm raised after beating Marcos Velazquez of Mabton on Saturday (Feb. 19) at this year’s Mat Classic XXXIII at the Tacoma Dome. 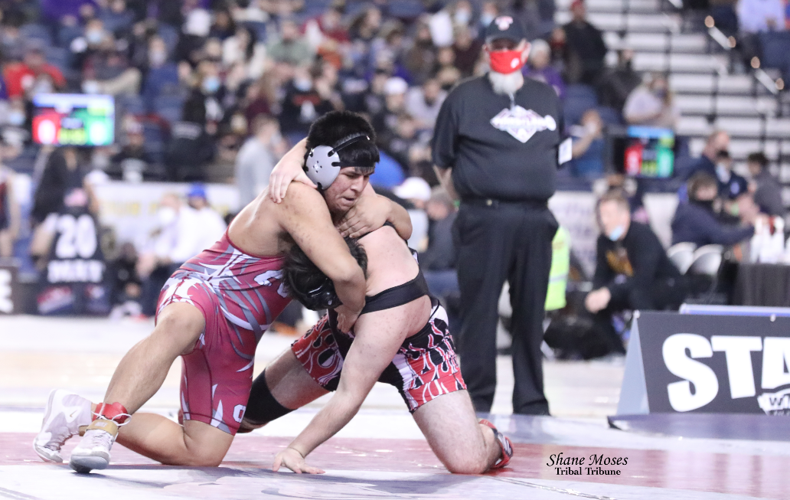 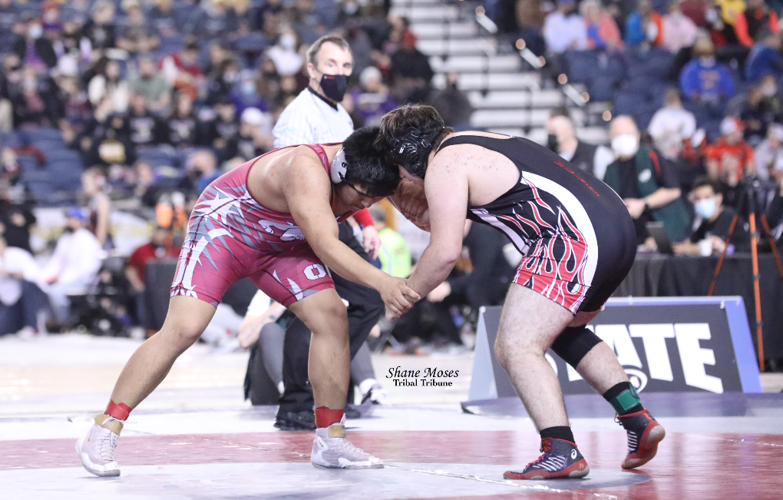 Okanogan’s Joseph Cates has his arm raised after beating Marcos Velazquez of Mabton on Saturday (Feb. 19) at this year’s Mat Classic XXXIII at the Tacoma Dome.

TACOMA, Wash. – Colville tribal member Joseph Cates of Okanogan High School made a run all the way to the semifinals of this year’s WIAA 2B State wrestling tournament.

However, Cates would fall one match short of wrestling in the state championship as his season ended in the semifinals losing to eventual state champion Gage Cook of Granger.

Cates would manage to end his junior season with a win, holding off Marcos Velazquez of Mabton for a 5-2 win in the third/fifth-place match at this year’s 1B/2B Mat Classic XXXIII, on Saturday (Feb. 19) afternoon at the Tacoma Dome.

Cates finished the season with a 17-8 overall record, earning 14.0 team points for the Bulldogs. His results from this year’s state tournament are listed below:

James Smith (Colville tribal member) of Okanogan finished the season a 17-9 overall record, ending his senior year at this year’s Mat Classic XXXIII in the 1B/2B (285-lbs) bracket. His results from this year’s state tournament are listed below:

The Okanogan High School wrestling team with a small contingent of wrestlers brought home fifth place as a team at this year's 1B/2B Mat Classic XXXIII, finishing with 66.0 team points earned, finishing ahead of Liberty Bell for sixth place who finished with 39.0 team points.

Okanogan’s Johnny Swartsel won the state championship in the 160-lb bracket, beating Chris Rodriguez of Tonasket (in a 4-2 decision). Tanner Grooms (113-lbs) and Charles Payne (220-lbs) each placed second for the Bulldogs in their respective weight classes at the WIAA 1B/2B state wrestling tournament. Their results from this year’s state tournament are listed below: