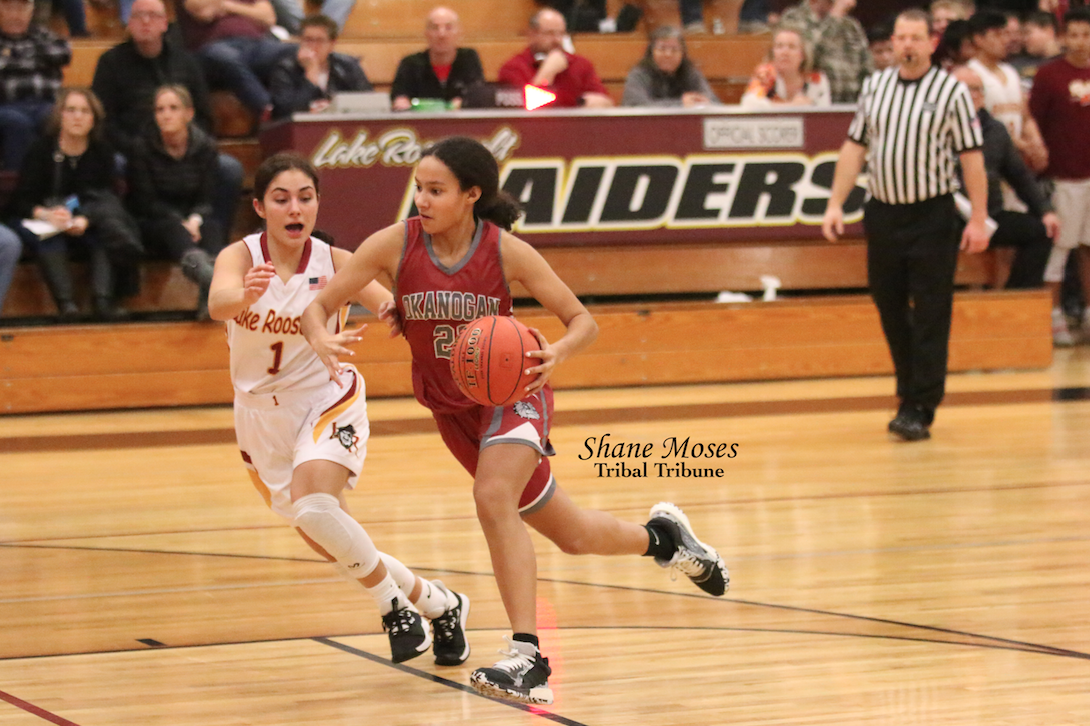 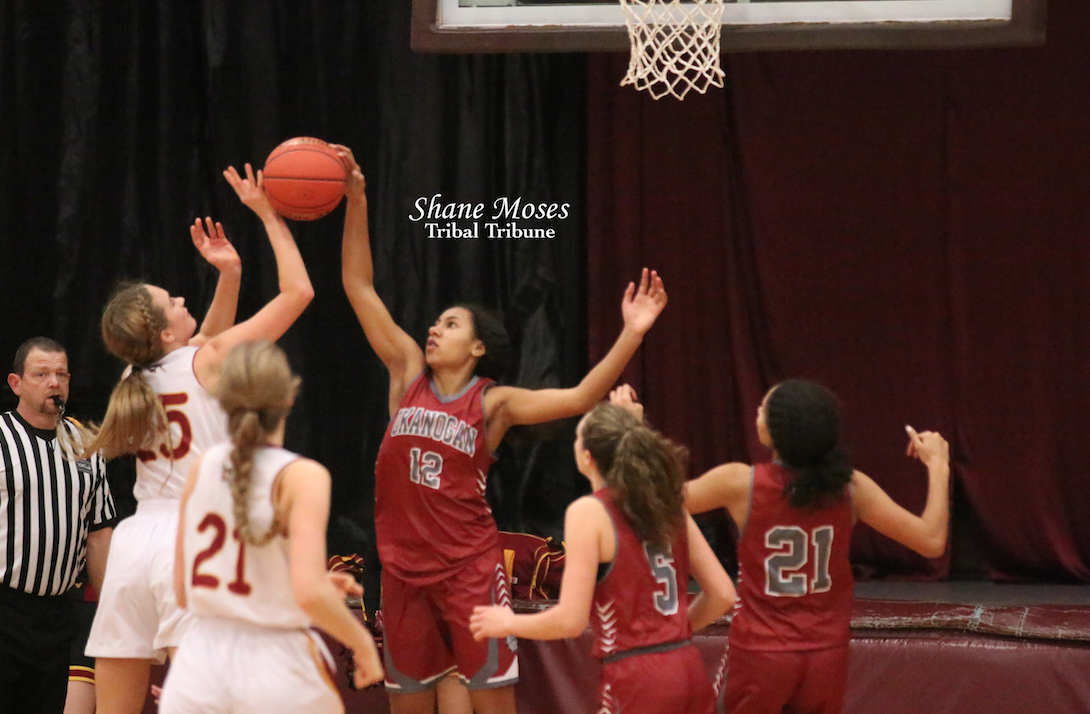 COULEE DAM – Lake Roosevelt jumped out to a quick 5-2 lead early on the first quarter against Okanogan but that would be short-lived.

Okanogan rallied back taking a 10-5 lead and would eventually go on to win 57-34 over Lake Roosevelt on Tuesday evening in a non-league game.

“Bouncing back from the Omak game, I was pretty happy with how we played today,” said Bryan Boesel, head coach for Okanogan.

“My history with LR goes back to when I was coaching at Brewster,” said Bosel. “I’ve had 18 years of playing here. It’s nice that they got a new floor and some new lighting. It’s a totally different place. It’s always fun to come over and play LR. We have history and have had our battles.”

Tribal members and sisters Danielle and Sydney Sparks were able to both play towards the later stages of the game when Okanogan had the game in hand.

“Potentially, those two girls have so much athleticism in them,” Bosel says. “I know tonight Danielle didn’t have her best game, there are going to be two really good players.”