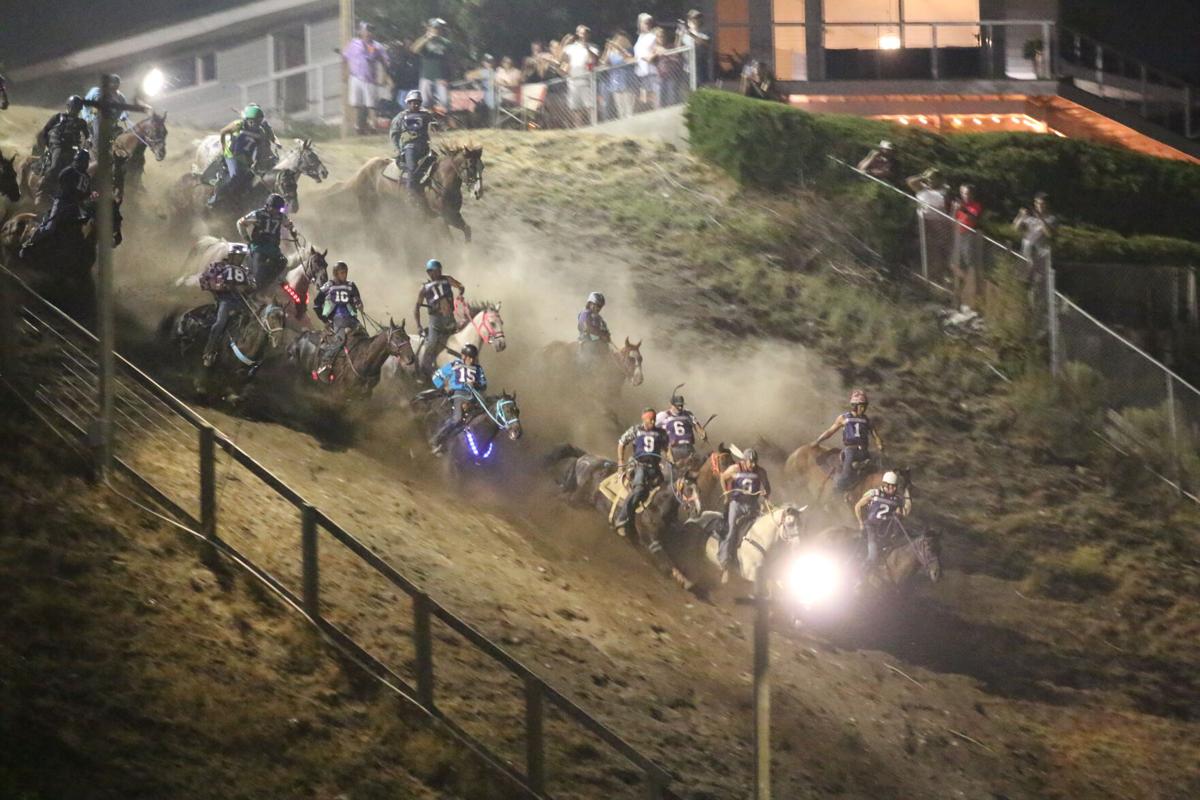 Jockeys and their horses make their way down the 220-foot hill on Thursday night in the first of four races for this year’s Suicide Race. 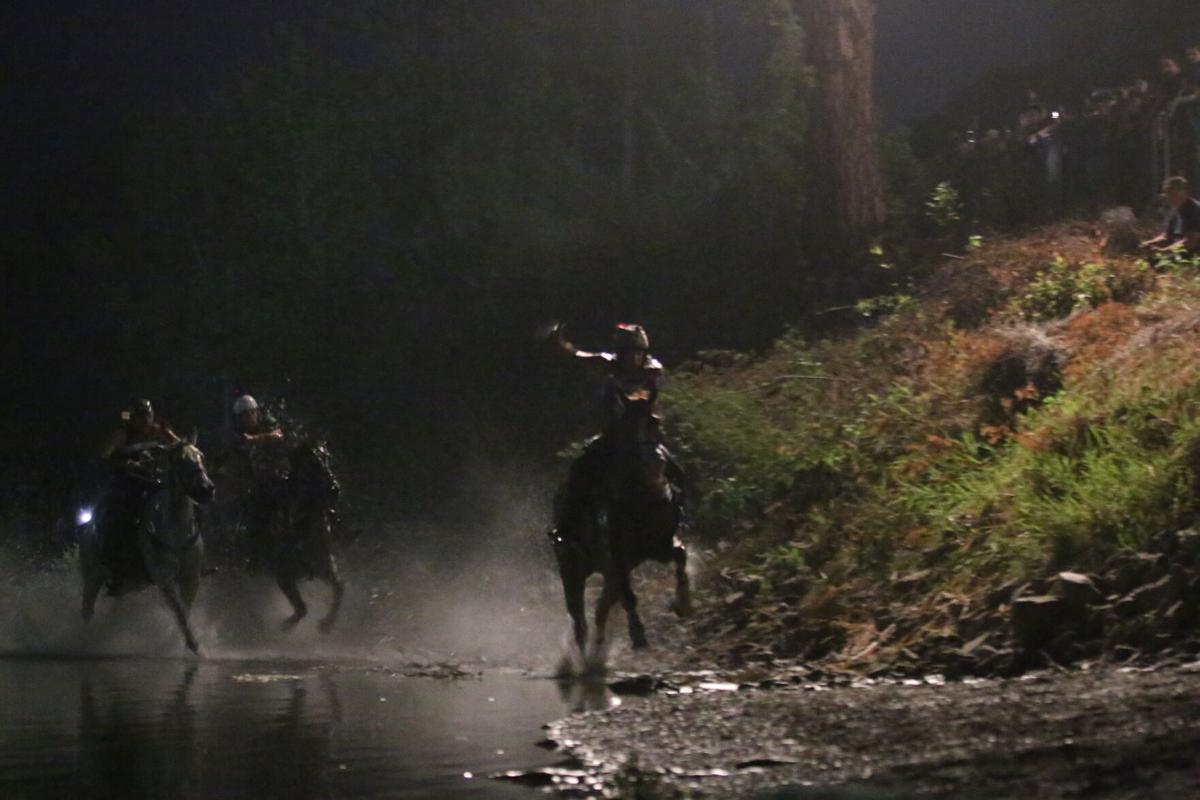 Jockeys and their horses make their way down the 220-foot hill on Thursday night in the first of four races for this year’s Suicide Race.

OMAK – It was just like old times for Scott Abrahamson (Colville tribal member) as he and his horse Duranimal would go on to place first on Thursday night in the first of four races for this year’s World Famous Suicide Race.

Abrahamson managed to stay ahead of the field and was one of the first ones to reach the Okanogan River. From there he managed to build his lead as he neared the shore and once he reached the dike, he pushed the gas peddle down going full speed into the Stampede Arena.

Colville tribal descendant Riley Prescott and Red Cloud placed second and Oliver Pakootas (Colville tribal member) and Onyx, the 2019 overall winners would go on to place third to round out the top 3.