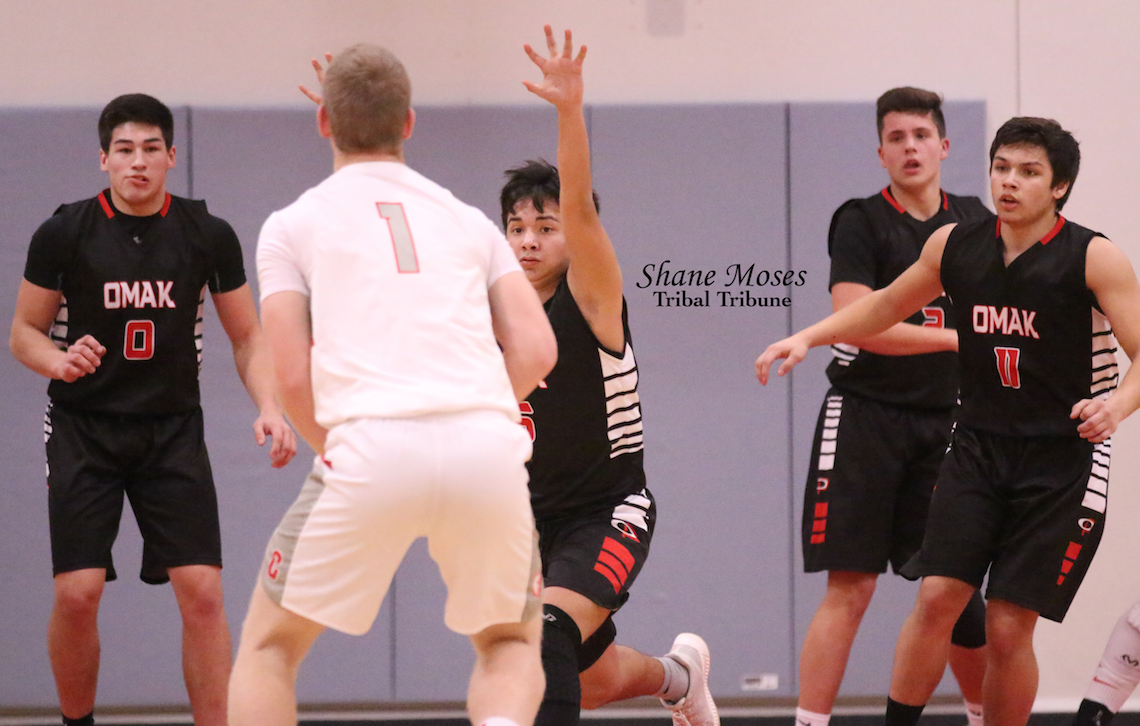 Tribal member Tyler Sam (#15 black) of Omak closes out against Cascade earlier in the season. 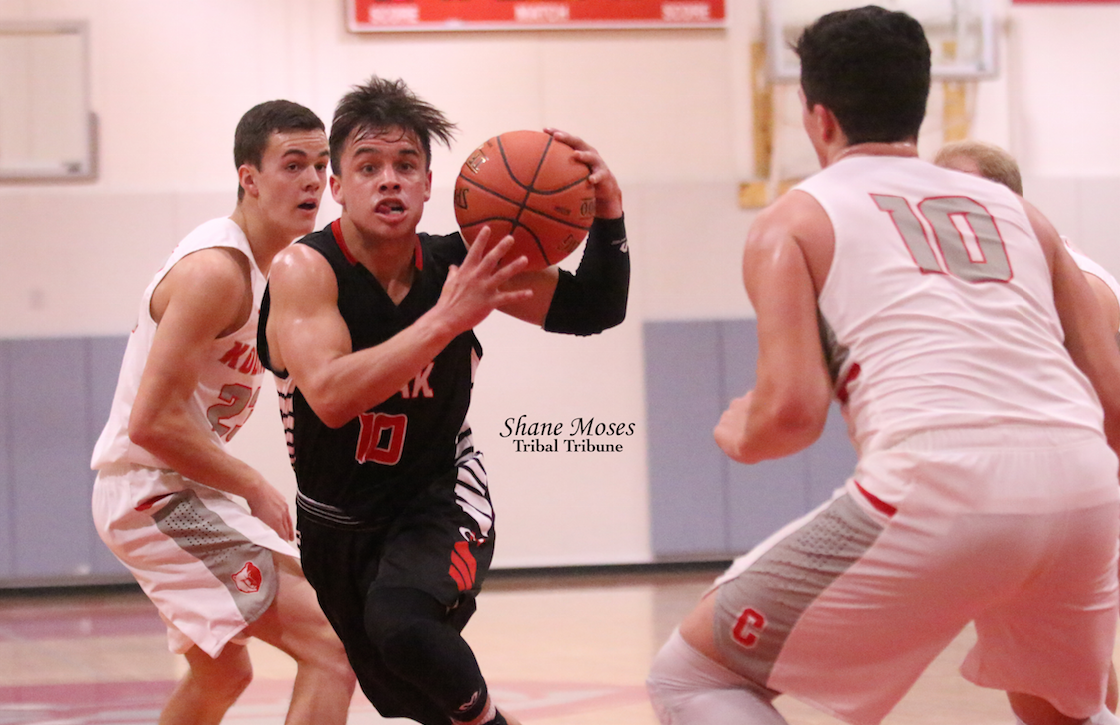 Tribal member Jaren Boyd (#10 black) of Omak drives to the hoop against Cascade earlier in the season. 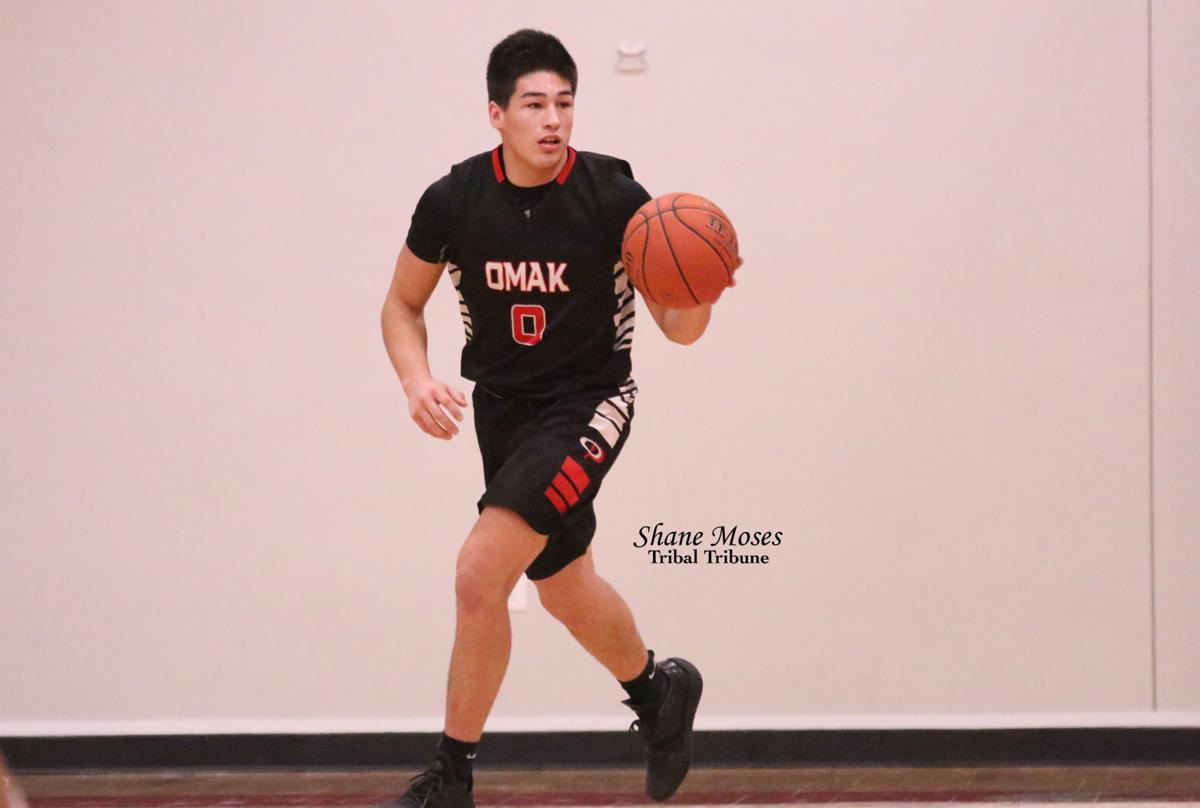 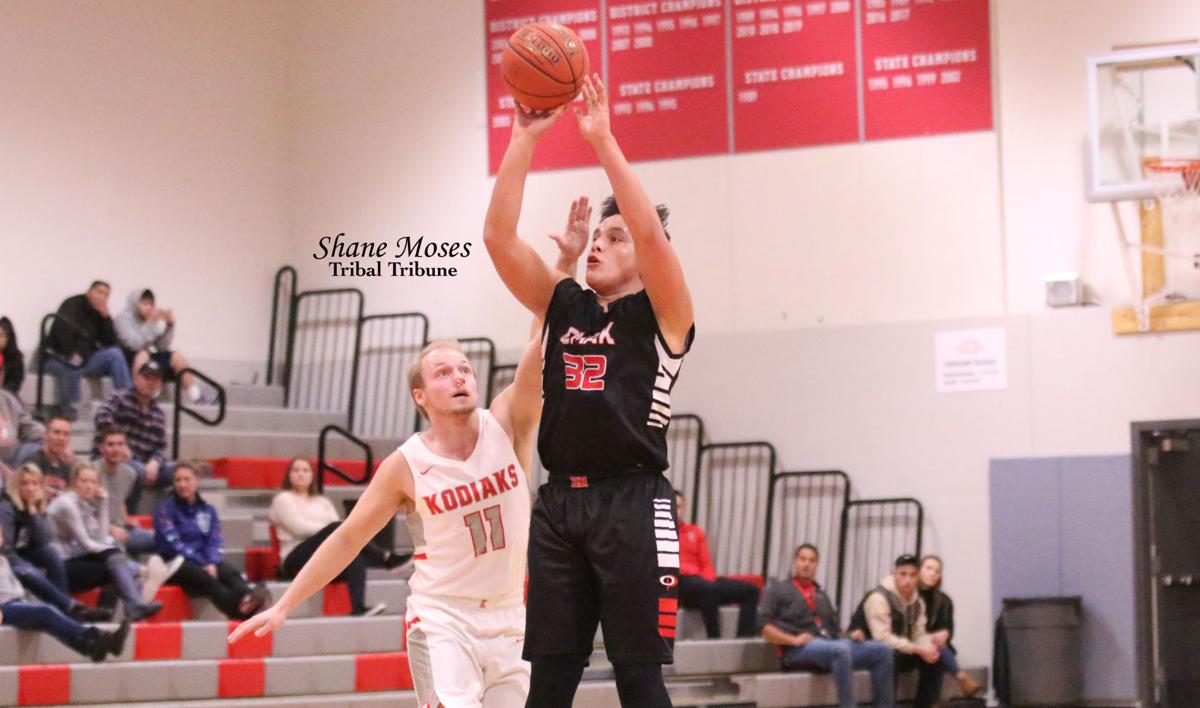 Tribal member Tyler Sam (#15 black) of Omak closes out against Cascade earlier in the season.

Tribal member Jaren Boyd (#10 black) of Omak drives to the hoop against Cascade earlier in the season.

Pioneers make first state appearance since 2001; Fall to La Salle in the opening round of the WIAA 1A state boys basketball tournament

YAKIMA – For the past few years, the Omak High School boys basketball team has been on the cusp of earning a spot in the 1A boys state basketball tournament.

Now the Pioneers made that become a reality as they earned a berth into this year’s WIAA 1A state boys basketball tournament in Yakima, March 4-7.

That was the good news; the bad news is they didn’t stay as long as they would have liked.

Omak lost to La Salle in the opening round of the WIAA 1A boys state basketball tournament 63-56, March 4, ending their state run and their season.

The Pioneers got behind early on in the first quarter, 30-18, and had to play catch-up for the remainder of the game. They went into halftime trailing 41-26.

La Salle ended the third with a mini 5-0 run taking a 54-39 lead after the third quarter.

Just when you thought the Pioneers might be done, they would rally in the fourth quarter, going on a 17-5 run in six minutes to cut the lead to 59-56 with 2:03 left.

However, in the final two minutes, the Pioneers went cold and couldn’t get a shot to fall as La Salle would go on to grind out a 63-56 win.

Omak outscored La Salle 17-9 in the fourth quarter and 30-22 in the second half.

Fellow tribal member Tanner Hall of Omak scored seven points and had two rebounds and two assists in his final game as a Pioneer.

The Pioneers finished their season with an 18-7 overall record, going 7-5 in Caribou Trail League games. They placed third in the CTL and would go on to knock out their cross-town rivals Okanogan 63-50 in the CTL boys district basketball tournament (Feb. 15-18).

Now in win or go home mode, Omak would end another team’s season as they beat Freeman 67-62 in the crossover game (Feb. 22) with the winner advancing on to regionals and the losing team seeing their season end.

The Freeman was significant for the Pioneers because it ensured that they would earn their first trip to state in 19 years.

Omak would climb up the WIAA RPI ranking system, sitting at #8. They would have a date with #1 seeded Seattle Academy in the Regional round. The Pioneers would fall 72-53 (Feb. 29), setting up there game with #9 La Salle.

Nine seniors anchored the Pioneers team, as they will say goodbye to Reilly Davis, Sky Romero, Josef Avena, Logan True, Caleb Richter, and TJ Sackman. Tribal members Hall and Marchand along with Black all played their final game as well.

During the regular season, Marchand scored a total of 355 points, averaging a team high 17.8 points per game.