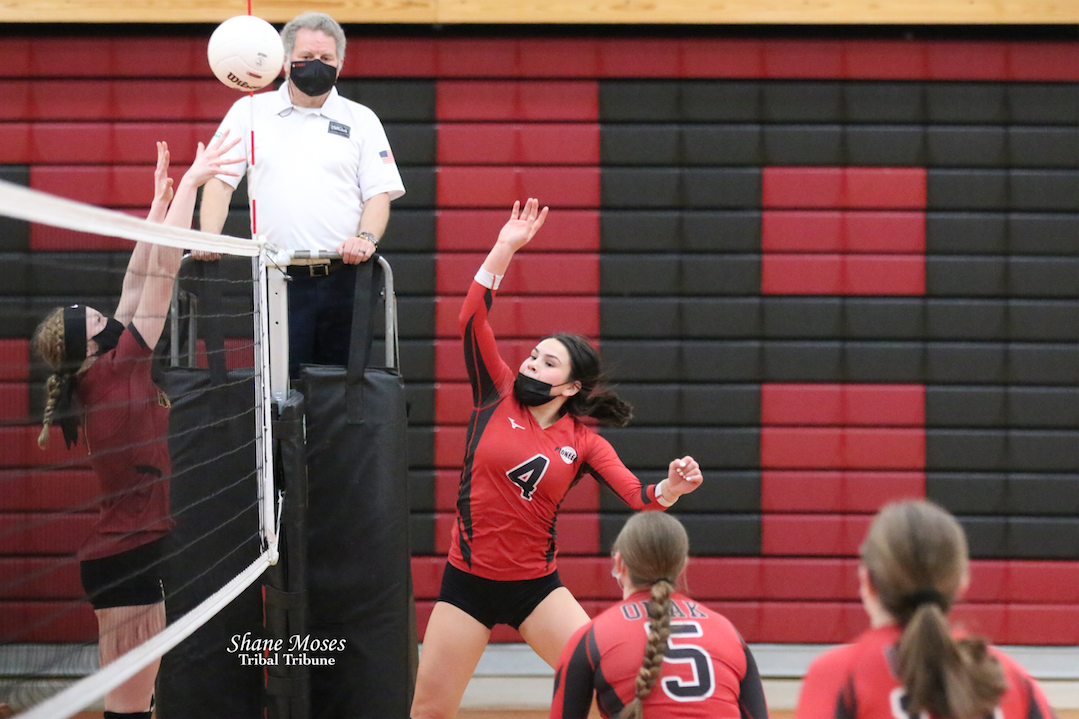 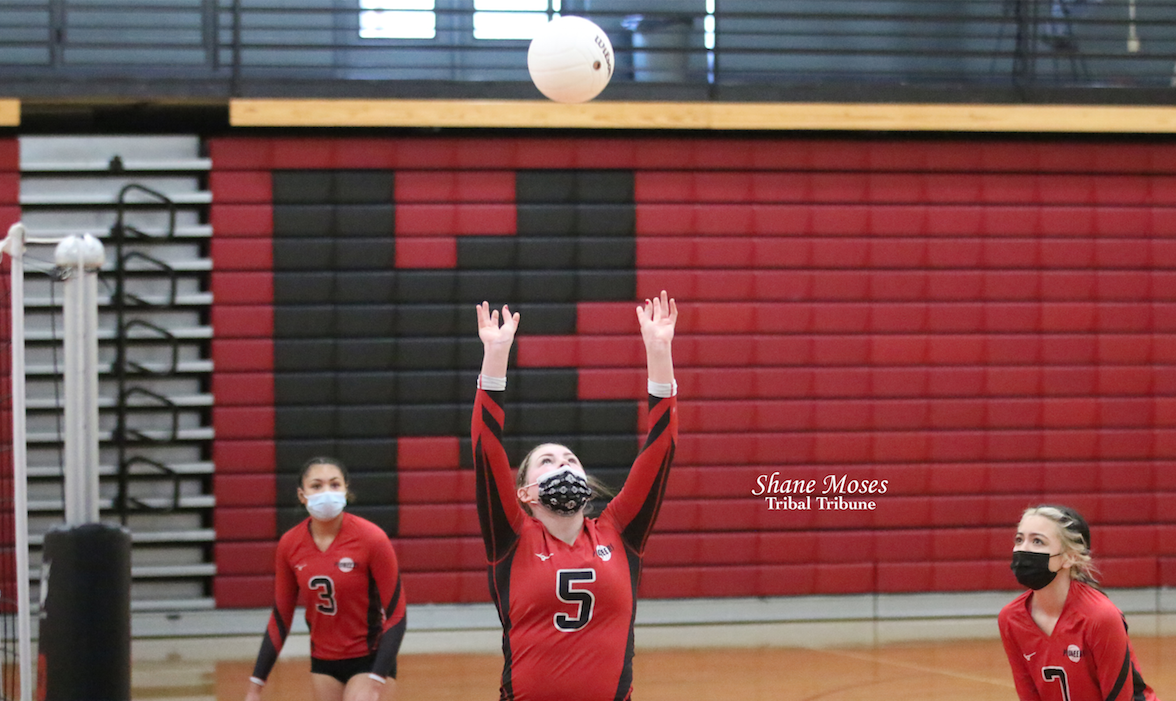 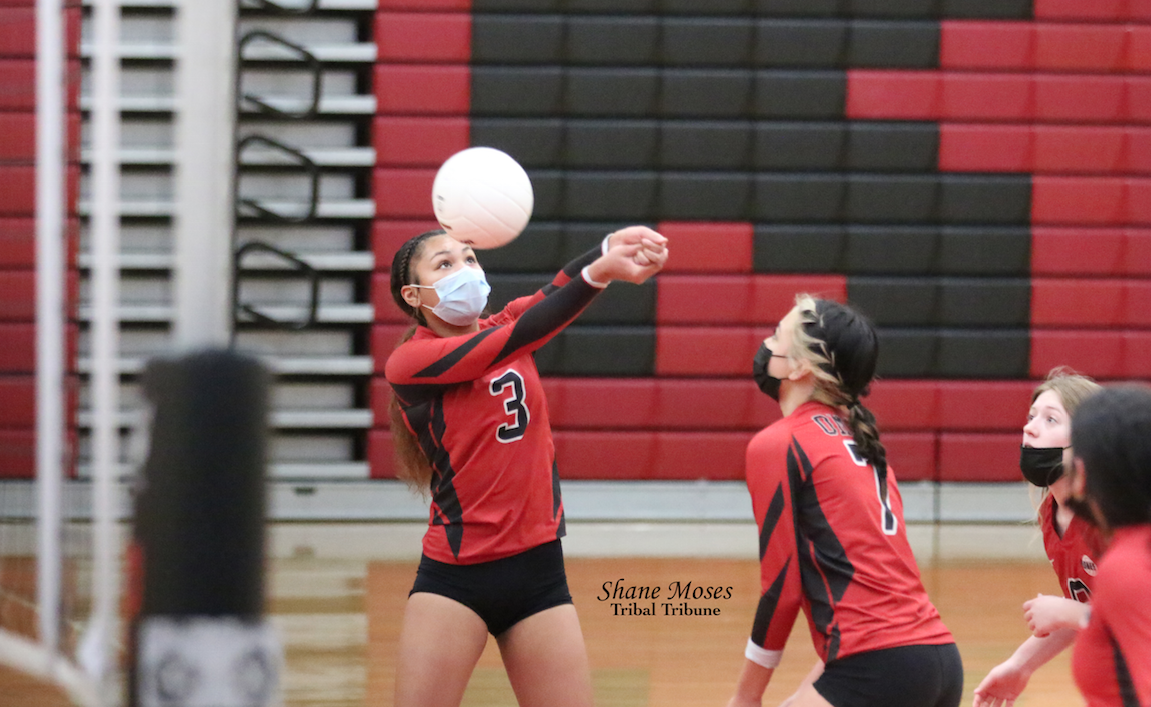 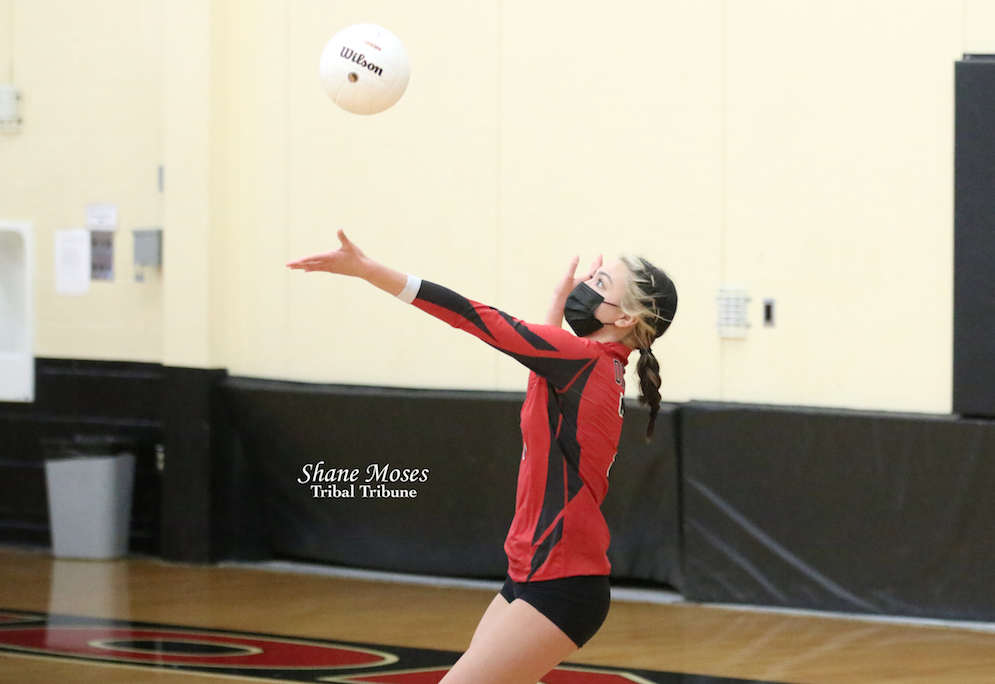 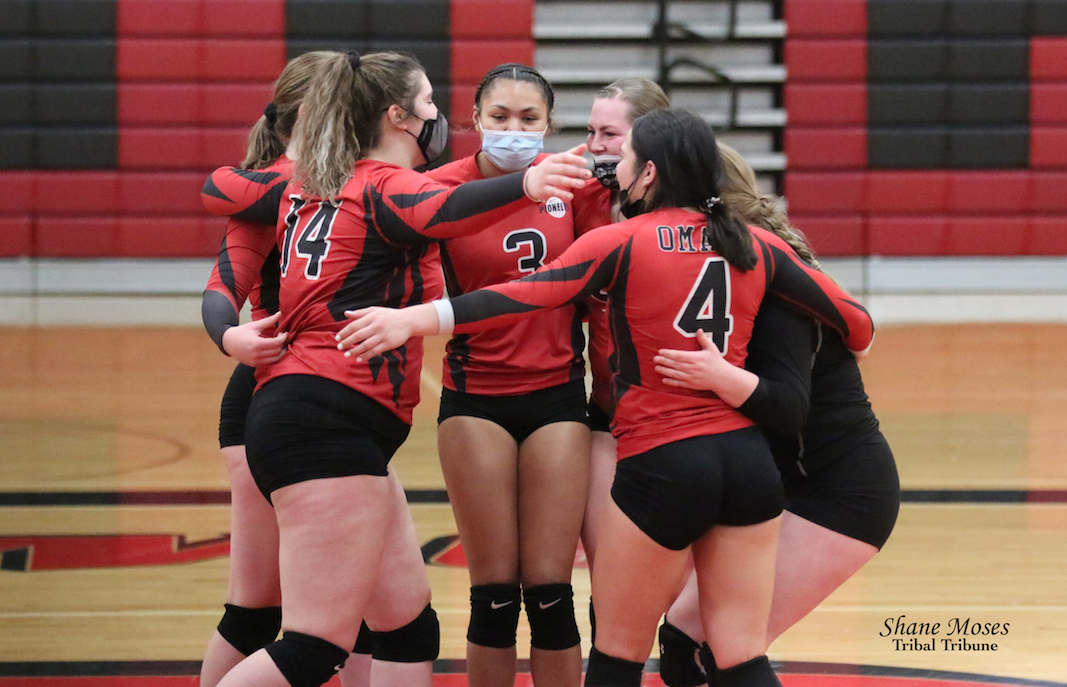 OMAK - In their last matches of the year, the Omak High School Volleyball team held nothing back.

“Our matches against Lake Roosevelt and Brewster were some of the best team volleyball we have played this year,” said Brenda Worden, head varsity coach for Omak.

Omak came out firing in their first match against Lake Roosevelt and had the Lady Raiders on the ropes for a good portion of that match before ultimately losing in three tight sets (25-27, 16-25 and 23-25).

“I was especially proud of our serve, receive, passing and our blocking presence in the front row,” Worden said.

Coach Worden and the Lady Pioneers have seen their fair share of obstacles during this past season.

“This season has been challenging for several reasons,” she said. “The season moved quickly, lasting only six weeks and having only five practices before our first two matches.”

Worden was also concerned over the six-week season about her team getting the right amount of time to recharge in between matches.

“With the double Saturday matches we have been playing volleyball six days a week, which doesn’t give much time to rest and recover,” Worden expressed.

“As a team, we lost some key players last year, but the younger players have worked hard to fill the voids,” said Worden. “Additionally, due to the COVID-19 Region designations at the time, we played a challenging schedule including Wenatchee, Eastmont and Moses Lake.”

The Lady Pioneers ended the season at 1-11 overall and 1-4 in Caribou Trail League action.

Worden will virtually bring back her whole squad for this upcoming fall, as the program will say goodbye to two seniors.

“While this is not the season we had hoped for, I’m glad our seniors were able to play together this spring,” Worden said. “I have especially appreciated the leadership of Hannah Schneider and Mariah Campos.”

Colville tribal member Trinity Fjellman of Omak has been one of the breakout stars for the Lady Pioneers this season as she’s taken that step forward into more of a leadership role.

“Trinity has been a consistent presence for us this year, in both the back and front row,” said Worden. “She is a solid passer in the back row and does a great job on defense. In the front row, Trinity is smart with ball placement. We ask her to do a lot on the court and she has embraced her position.”

Against Lake Roosevelt, Fjellman was 14-of-15 serving, with one ace and eight kills. She went 8-of-8 passing and had 17 digs.

Against Brewster, Fjellman was 9-of-10 serving with five kills, one block and 12 digs. She connected on 18-of-19 passing with seven perfect passes.

Stats for the Brewster match included: