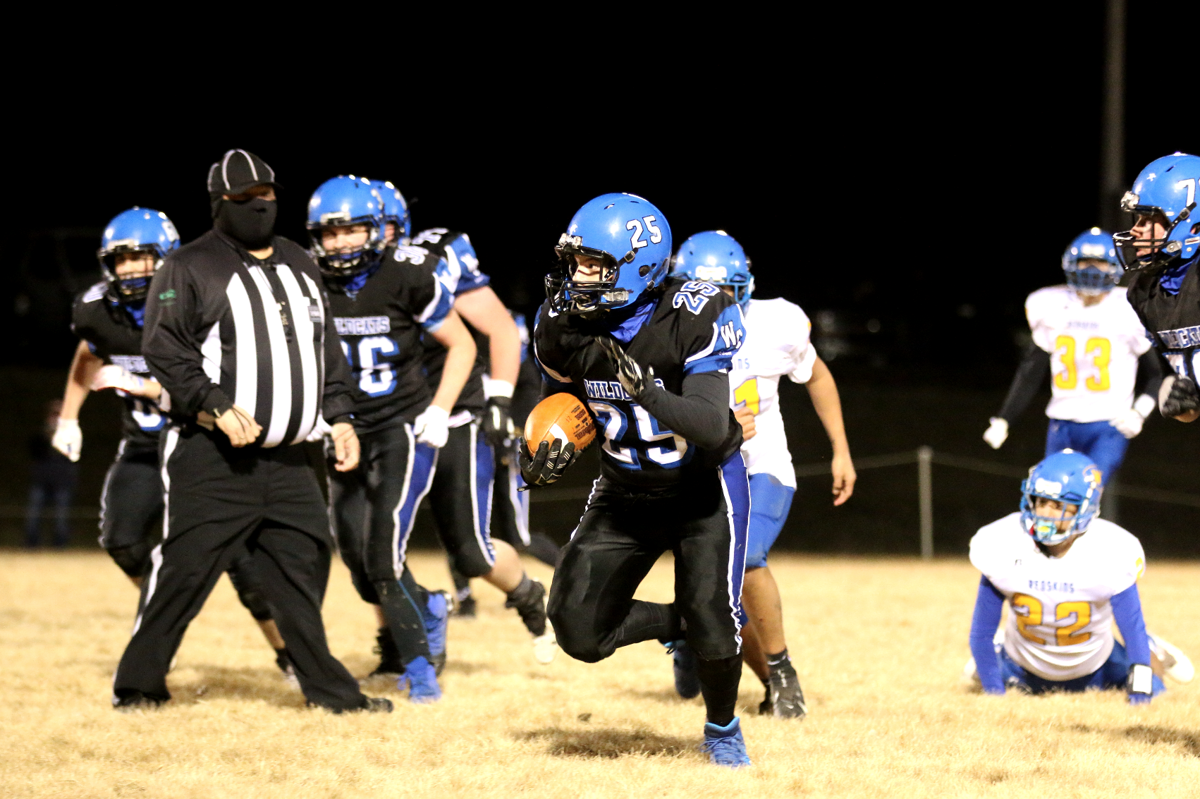 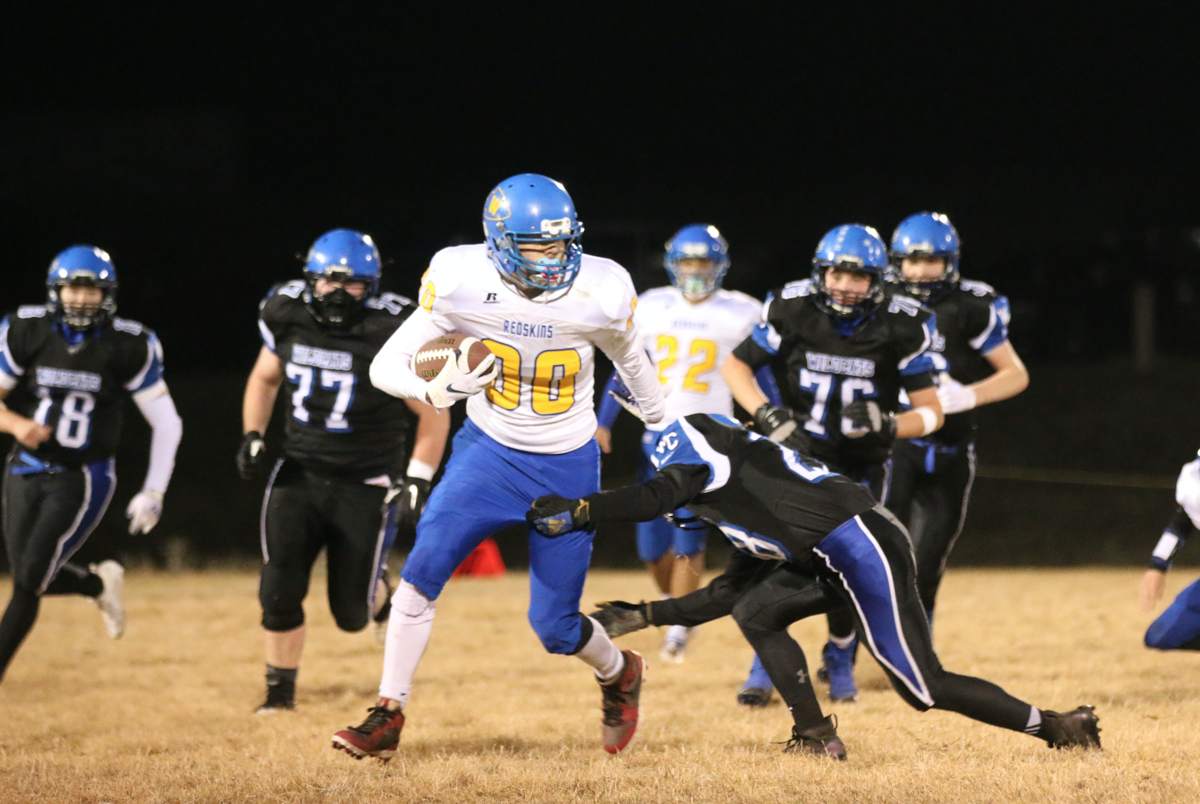 Wildcats improve to 3-1 in NE 1B League Action

WILBUR – Midway through the third quarter on a chilly 36-degree night, Colville tribal member Cody Abrahamson scored his first varsity touchdown on a designed run up the middle.

Abrahamson got the hand-off. Staying low and following his blockers, he made a few juke moves breaking tackles along the way and eventually falling into the end zone for the score.

Abrahamson, taking it all in, appeared to be a little shocked at first, laying there for a few seconds before popping up and celebrating with his teammates.

“We are all very proud of Cody Abrahamson,” said Darin Reppe, Head Football Coach and Athletic Director for Wilbur-Creston. “He has really stepped up the last couple of weeks for us and those efforts are paying off on the field.”

Abrahamson finished the game with six carries for 65 yards and a rushing touchdown. He also recovered a fumble and a tackle on the defense.

Abrahamson in his last two games has 10 carries for 84 yards and the rushing touchdown.

Wilbur-Creston jumped out to a quick 32-0 lead after the first quarter and never really looked back, leading 52-0 at halftime.

The Wildcats would get their second win of the season, beating Wellpinit 68-0 on Wednesday night in NE 1B League action.

A week later on March 9, the Wildcats would get a 64-42 win over Tekoa-Rosalia to improve to 3-1 on the season. Wilbur-Creston is currently ranked sixth in Washington's 1B division (according to Maxpreps).

The Wildcats close out this shortened Covid-19 season at Cusick on March 13.

Our Tribal Tribune’s players to keep an eye on:

Cusick’s Colton Seymour (Colville tribal descendant) has been unleashed and his making the most of his opportunities.

The junior running back for the Panthers has put his name at the top of the list as far as top running backs in the NE League this season.

Seymour scored three touchdowns in his first game against Springdale, helping Cusick to a 28-12 win in their first NE 1B League game on Feb. 19.

He had a 98-yard run in that game as he rushed for two touchdowns and caught another one.

Look for him to increase his touchdown amount in the coming weeks.