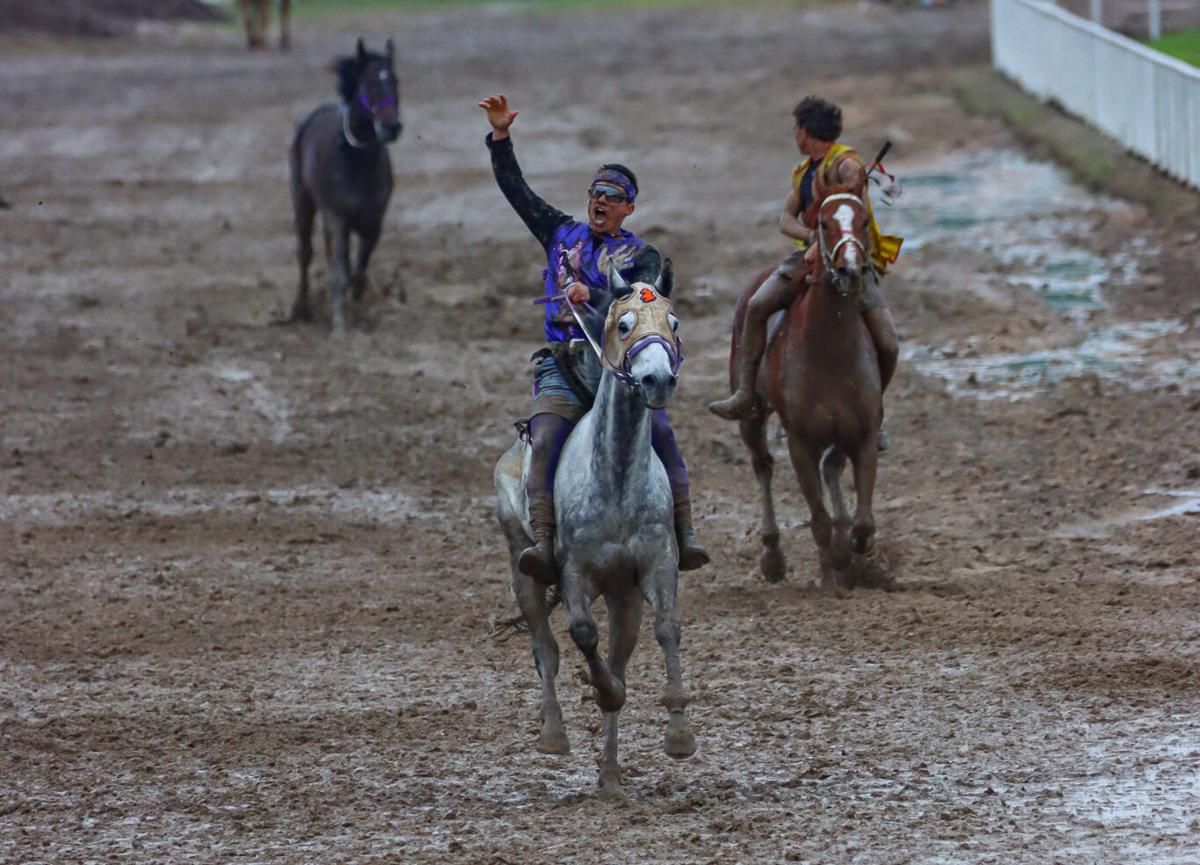 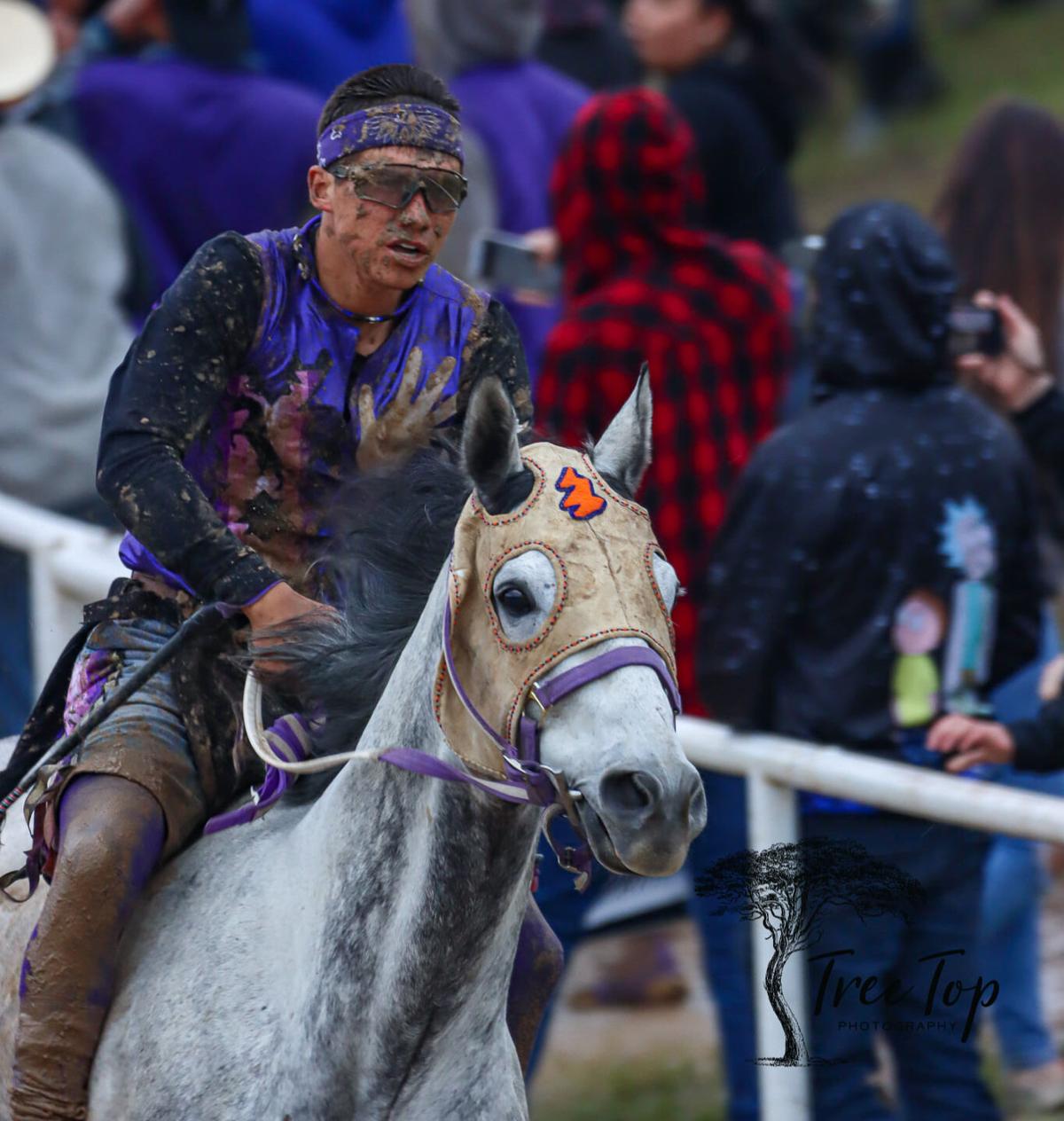 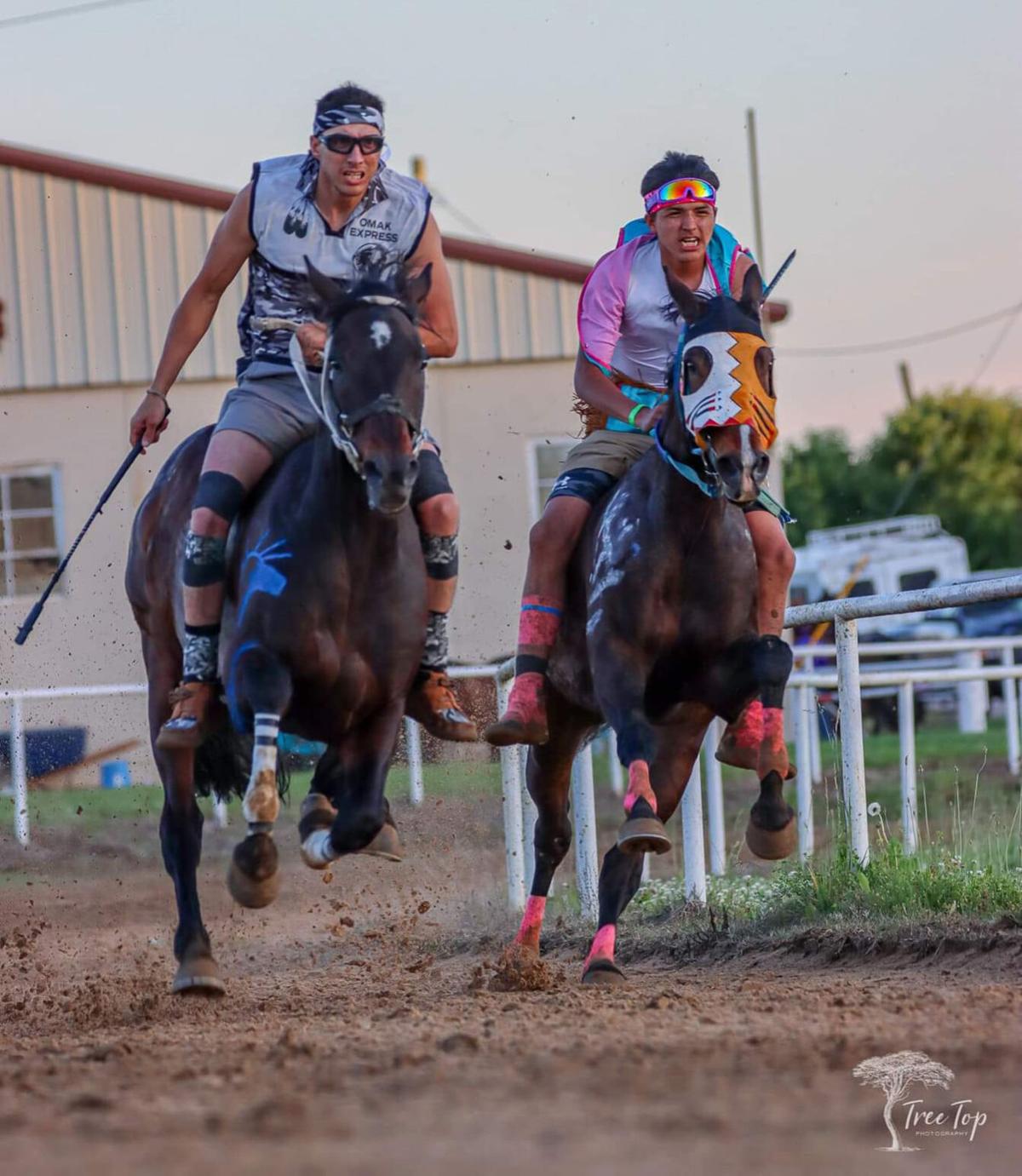 To the far left, Colville tribal member Tyler Peasley of Omak Express races at this year's International Championships in Oklahoma (May 27-31) 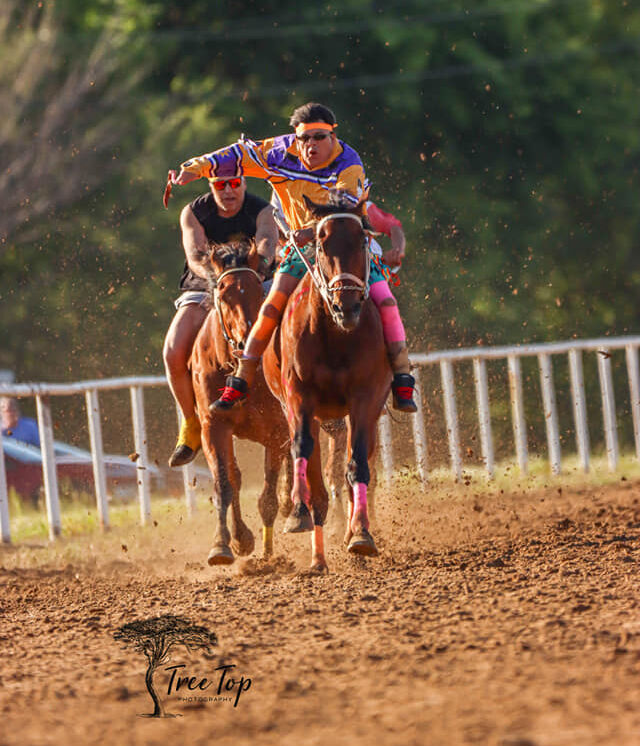 To the far left, Colville tribal member Tyler Peasley of Omak Express races at this year's International Championships in Oklahoma (May 27-31)

PAWHUSKA, Ok. -  Traveling over 1,500 miles from home the all-Colville Indian Relay team known as Abrahamson Relay - the 2019 and 2017 Champion of Champions Indian Relay Race title holders - showed why they are one of the best relay teams in the country once again.

“We brought another championship back to the Colville Tribe,” said Colville tribal member Scott Abrahamson who is the jockey for Abrahamson Relay.

Not even the deep mud could slow down Abrahamson and company as they placed first in the championship race at the Indian Relay Horse Racing International Championships, May 27-31 at the Osage County Fairgrounds in Pawhuska, Oklahoma to kick off the relay season.

After nearly a week of rain in north central Oklahoma, track conditions were very sloppy, but that didn’t seem to affect the all-Colville team or Abrahamson’s riding.

“Because of the mud I let the horses run their race and they did outstanding in the conditions of the track,” said Abrahamson.

The championship race’s start was delayed as it was tough to get all five teams up to the line and to keep their horses steady.

Abrahamson managed to keep his horse calm and near the starting line while other riders rode in small circles. As a result, he was able to fire off the line when the gunshot went off.

After the first full lap, Abrahamson managed to stay near the front and to start making ground after the first exchange, running in the mud.

“The mud has an impact on everything during relay. It makes it hard for the horses to run, especially in that deep of mud, and that results in a slower race,” Abrahamson said. “Then when I try to exchange the it sucks my feet into the mud so it’s difficult to jump.”

The exchanges didn’t go well for the team, said Abrahamson, but despite all of that, Abrahamson and his team kept their blinders on and focused on the task at hand.

“It was very reassuring that we started off our first race with a win. It gives us high confidence going into the upcoming year and helps us stay optimistic throughout these next races.”

For taking home first place in the championship race, Abrahamson Relay netted $14,000 in just that one race. They ended with a total of $15,000 for the weekend.

“I can’t  say enough positive things about my team. The horses are the best that someone can come by and I just want to thank everyone involved that has contributed to our team. It was a long trip but all paid off in the end.”

Smooth exchanges along with the horses both play a key part in how the race turns out, but Abrahamson wanted to express that if he didn’t have the team he does, winning would have been very difficult.

“They are the best help I can find,” he says. “They helped train all year and do a lot for the team on the road. We always help one another on and off the track and I think that’s what makes this team successful. When you travel with friends this long they become more like family so it makes the experience fun.”