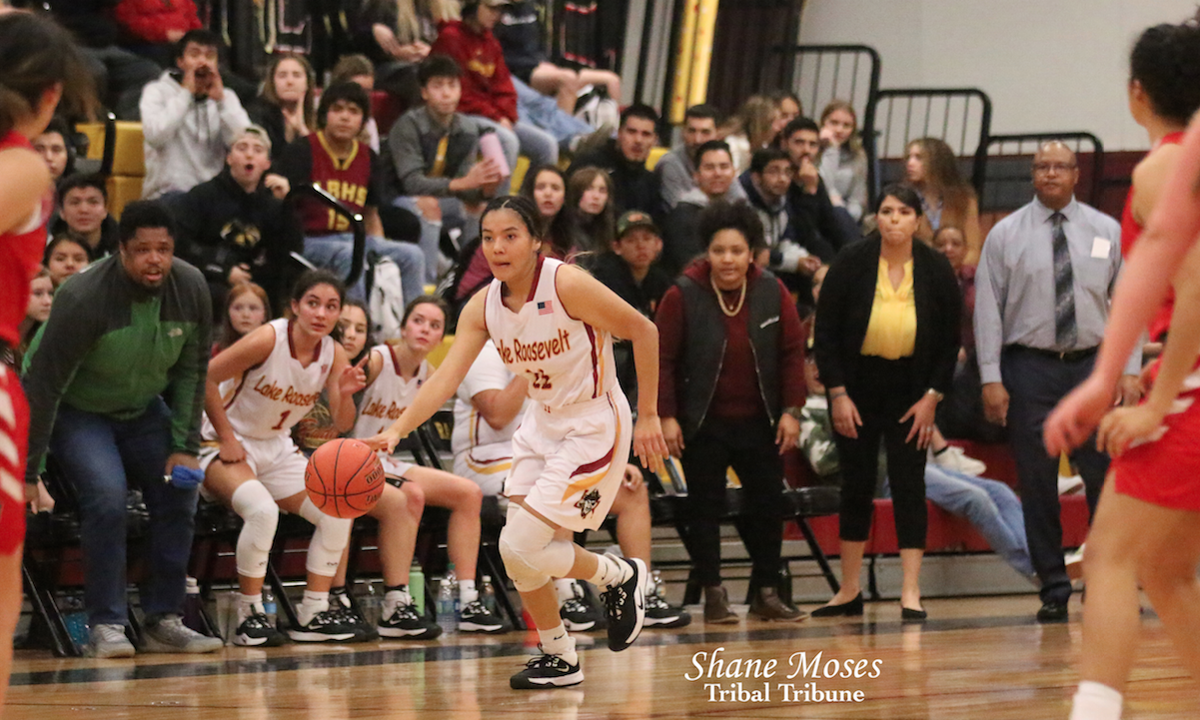 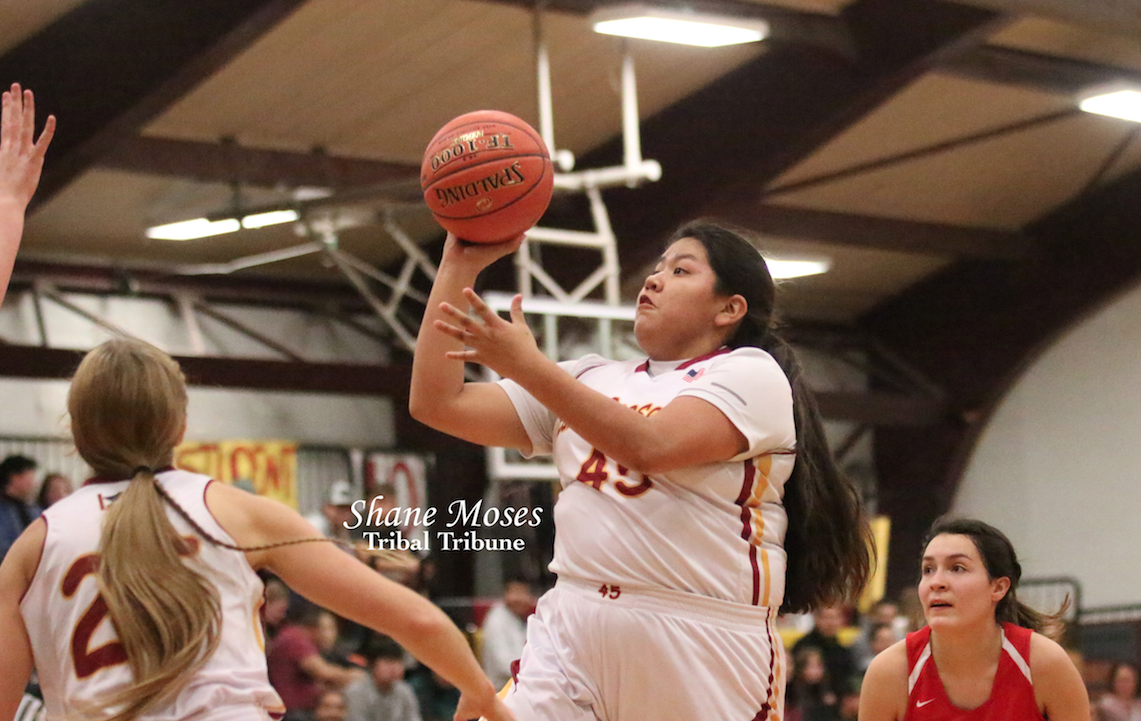 Tribal member Allison Nomee (#43 white) of Lake Roosevelt drives to the hoop against Brewster on Tuesday (Jan. 7) evening in CWA 2B League action. 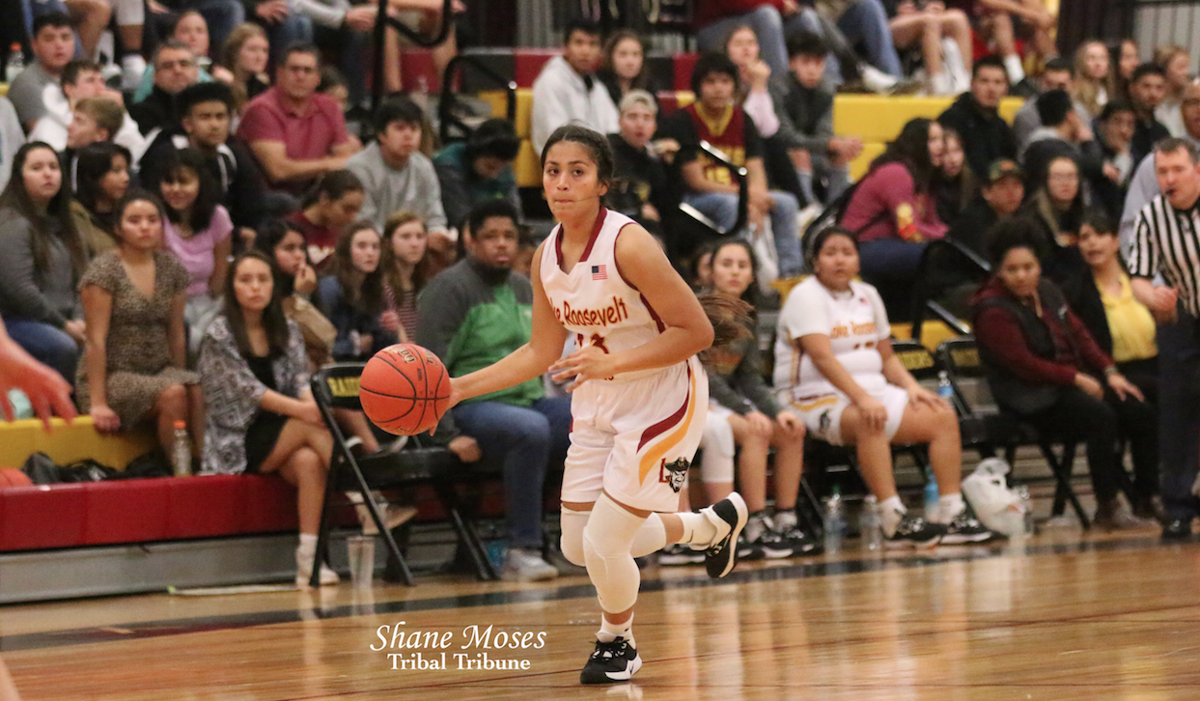 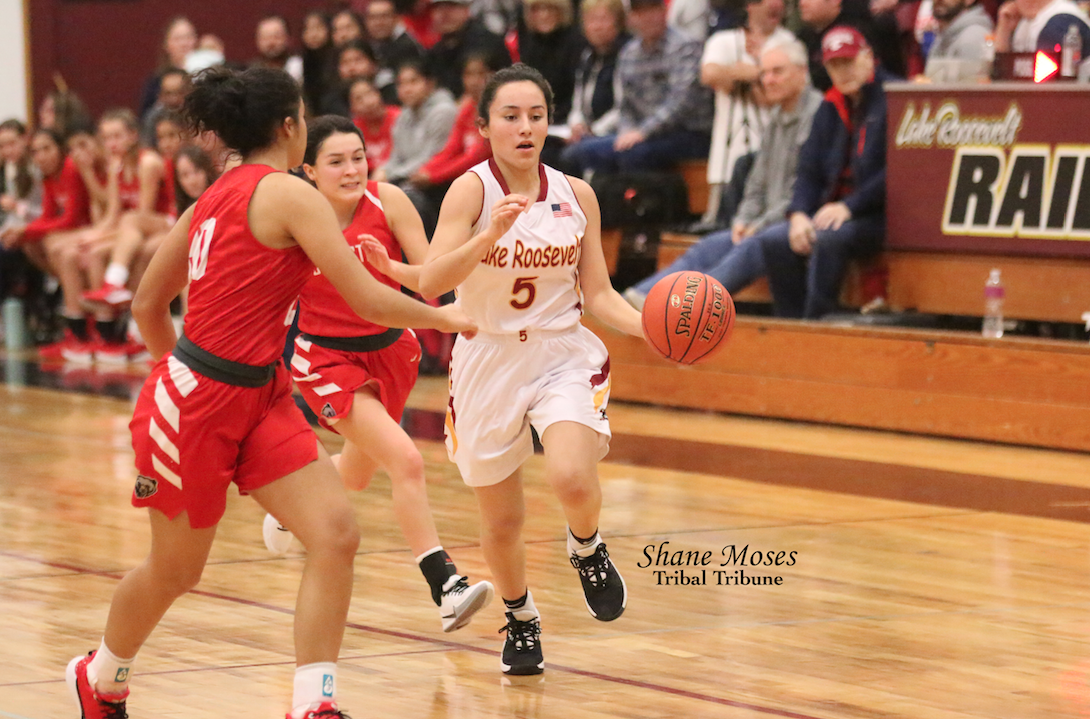 Tribal member Allison Nomee (#43 white) of Lake Roosevelt drives to the hoop against Brewster on Tuesday (Jan. 7) evening in CWA 2B League action.

COULEE DAM – The ball just wasn’t falling in for both Lake Roosevelt and Brewster as both teams struggled offensively.

If you’re a fan of defense, then this was the game for you.

The Lake Roosevelt girls basketball team held a two-point lead (36-34) over Brewster with 45 seconds left in the game.

That was until the ball bounced right to Brewster’s Mikenna Kelpman, and from there, she would go on to make a clutch 3-point shot with 38 seconds left to give the Lady Bears a 1-point lead.

Lake Roosevelt’s Audrey Hansen came up with a steal with less than 10 seconds but the Raiders couldn’t get a bucket in the final seconds as they would lose by one point to Brewster on Tuesday evening in CWB 2B league action.

The first quarter was a defensive grind as both teams struggled offensively. Lake Roosevelt would take a 6-4 lead after the opening quarter.

Brewster built up a seven point lead (27-20) midway through the third quarter before Lake Roosevelt would start to chip away.

Brewster held a four-point lead (34-30) with four minutes and 29 seconds left in the game.

Lake Roosevelt’s Jozlyn Hansen would sink two free throws giving the Raiders a 36-34 lead with one minute and 53 seconds left.