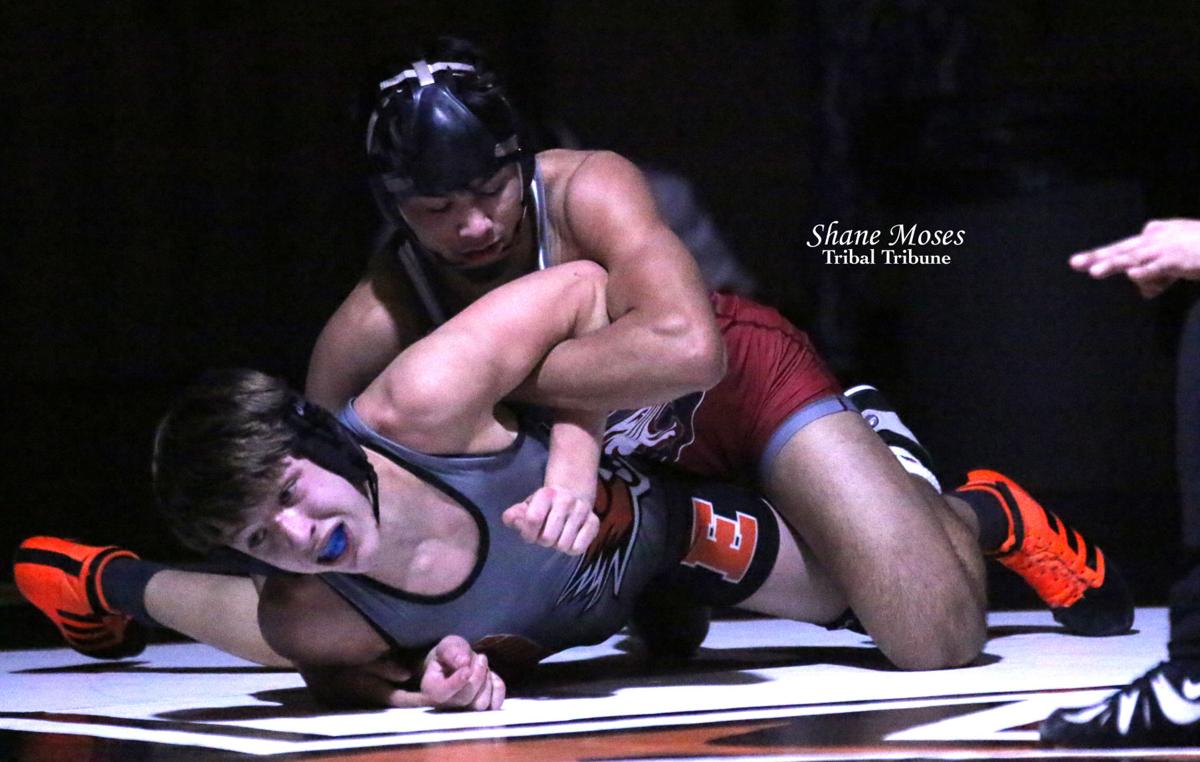 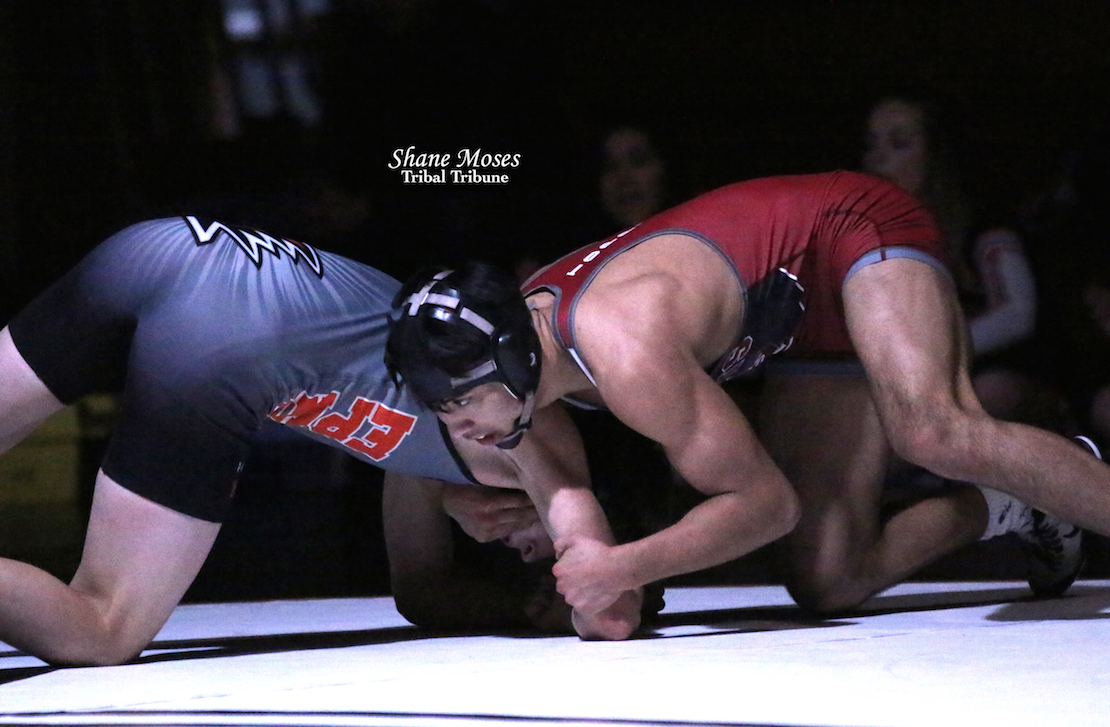 TOPPENISH – Being a wrestler for the Toppenish Wildcats isn’t easy.

Romero (Colville tribal member) two-time defending state champion knows what it takes to be successful on the mat and in the classroom.

“Sacrifice is one of the big ones,” says Romero. “It’s tough, it’s not easy.”

Not wanting to give away too many of his secrets to success, he expressed that what you eat also goes a long way.

“You got to diet,” he says. “You can't always be eating junk food, you gotta sacrifice.”

A typical school week for Romero includes him waking up every day at 4:30 AM, so he can get to the gym by 5.

“I hit the gym before school,” says Romero.

But it doesn’t just end there.

“Every day of the week, I go to two practices,” he says.

“One high school then I go down to Yakima, and practice there for another couple hours. Get some mat time in.”

When he’s not wrestling, Romero likes to spend time with his family and video games.

He smiles as he says Fortnite is one of his favorite games to play.

The goal this year is simple.

Romero won the state championship for the first time his sophomore season, knocking off Jacob Flores of Orting, winning 6-0 in the WIAA 2A 126–pound title match.

A year later, he went on to beat top seeded Hunter Behnke of Orting in the WIAA 2A 132–pound title match, winning by tech-fall (18-3), claiming back-to-back state titles.

It’s starting to sink in that this season is going to be over in a matter of weeks.

“It’s definitely hitting me,” he says. “It being my senior year, it’s a little saddening, but I’m also happy.

EPHRATA - It would be his last time wrestling in the regular season for Toppenish High School.

Although, Romero more-or-less coasted to an easy win, he acknowledged that he was torn in his final match.

“The last match before districts,” said Romero. “So it’s a little sad.”

Romero made it clear that he wanted to control the tempo of the match from the get-go.

By the third round, Shea IV looked like he had about had enough.

Ephrata finishes the year at 9-0 in Central Washington Athletic Conference (CWAC) action winning the league title this year as they gear up for Districts set for Feb. 7-8 followed by, regionals on Feb. 15 and state Feb. 21-22.

In their league matches, no opponent scored more than 18 points against Toppenish in the team score category.

Othello lost 58-18 on Jan. 7 and Selah lost 52-18 on Jan. 23, making those the two closest matches for Toppenish during their whole league schedule.

Toppenish has won the state championship as a team in three of the past four years. Bringing home the WIAA 2A Mat Classic title in 2019, 2017 and 2016.

In 2018 Toppenish finished third (152 total team points) as a team for the 2A WIAA Mat Classic.