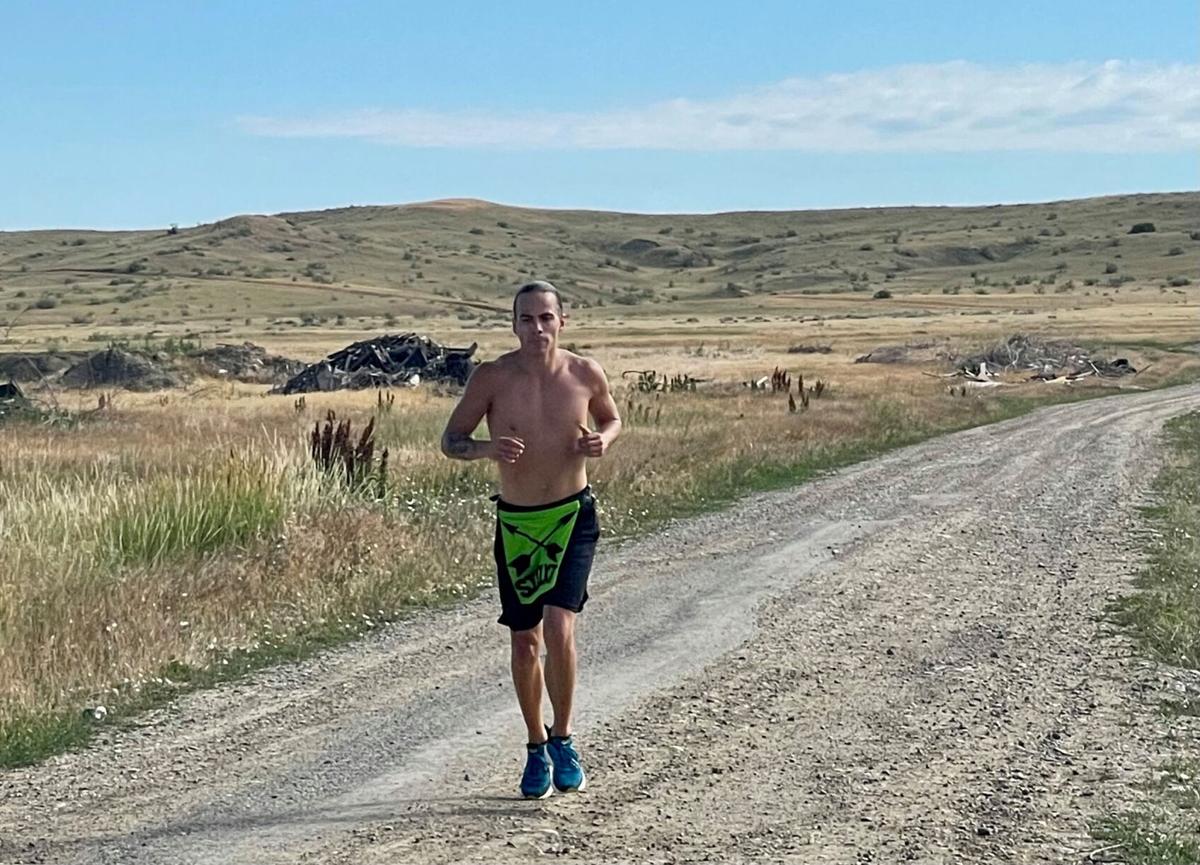 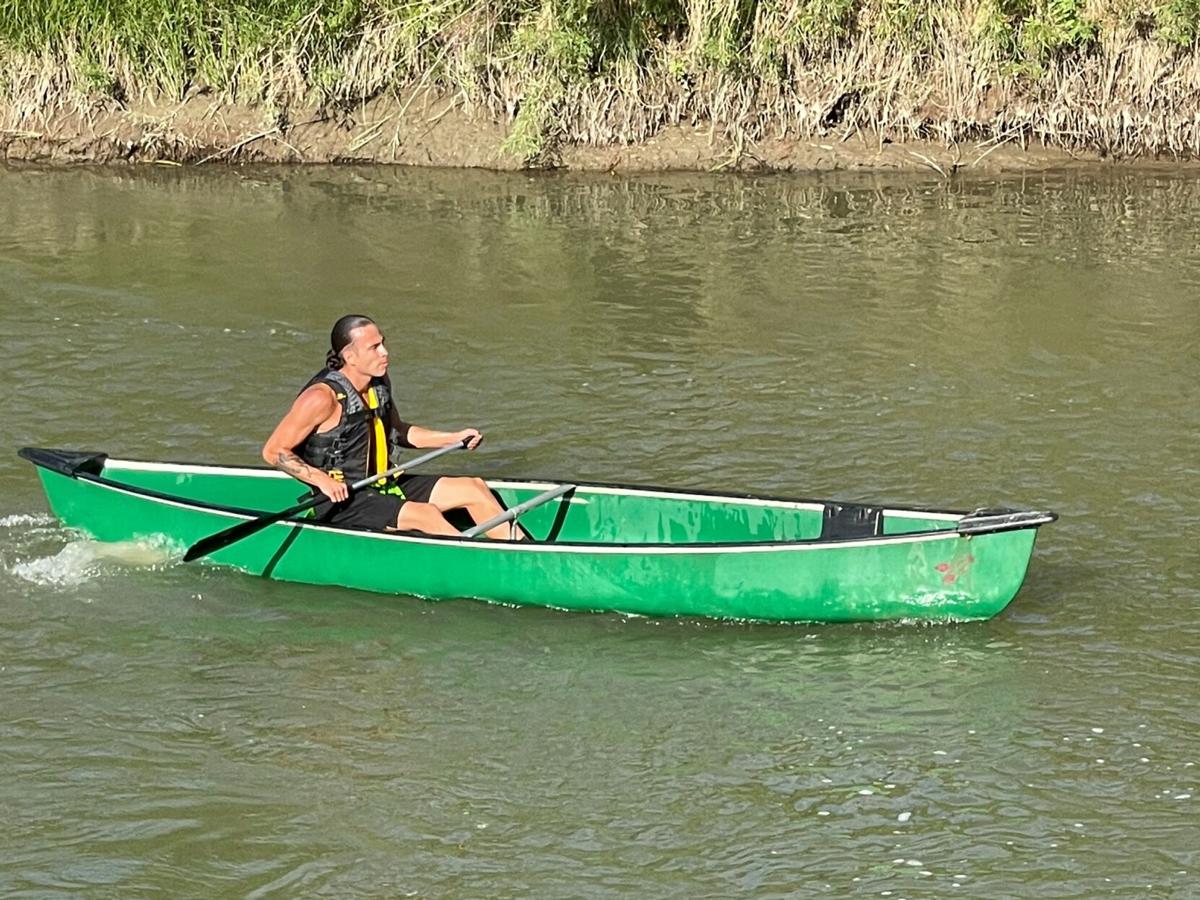 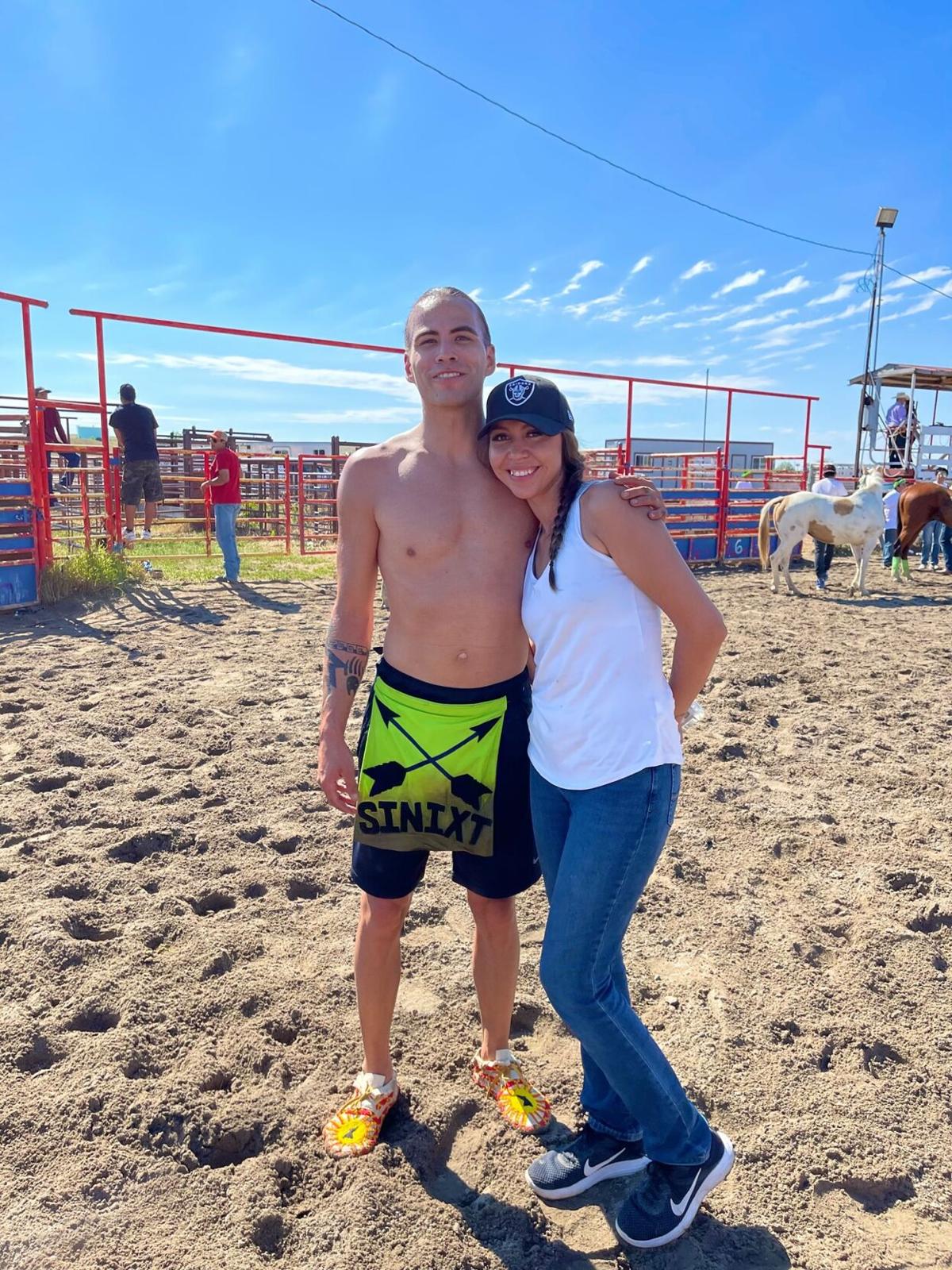 CROW AGENCY, Montana - In the heart of Crow Country, Colville tribal member Tony Louie took part in perhaps one of the most tiring activities of his life.

“The ultimate warrior challenge was by far the most exhausting thing I’ve ever participated in,” said Louie.

He’s no stranger to competing in long-distance running events either.

“I’ve run a couple of half marathons before and it didn’t compare to the intensity of this race,” he said. “Although the running portion was shorter than a half marathon it’s a more competitive journey only racing against a handful of other contestants so you’re pushing yourself at an extremely fast pace.”

That fast pace would end up getting the better of a handful of those competing in the race.

“Most of the contestants were suffering heat exhaustion by the time they got to the riding part of the race and a couple couldn’t finish the race,” expressed Louie as he would go on to finish second overall, facing a number of challenges along the way as well.

“I’d say the toughest part for me personally was battling back mentally after my canoe tipped in the Little Big Horn River,” said Louie. “It was a tight race at the start and there were three of us pushing to get through a rough part of the current at the same time.”

“I got a little too aggressive and hit one of the other canoes which resulted in my canoe sinking and me being soaked from head to toe.”

At this point in the race, the hope for a solid finish seemed unrealistic, but Louie didn’t throw in the towel, instead, he set the stage for one ultimate comeback.

“Getting my canoe to shore and dumping the water out, set me back about 15 minutes,” he said. “Which was pretty defeating. I’d trained really hard just to find myself exactly where I didn’t want to be, in last place way behind everyone else.”

“So the real challenge was mostly mental for me because I questioned whether I should even try to get back in the race after wasting a bunch of time and valuable energy to get my canoe out of the river.”

“I knew I couldn’t represent our people like that and throw in the towel so I tried to use any frustration I had to push as hard as I could through the next six miles and just see if I could at least place,” he expressed. “Definitely more mentally challenging than anything.”

Made up of three phases, the race consists of a horseback riding portion, as well as a running and canoe part also.

“What makes this particular race so challenging is transitioning from each course of the race as they are very different types of physical challenges,” said Louie.

Unlike others, this race is very unique.

To start out, the race consisted of a 1.5 mile run to the river, followed by a 2-mile canoe journey down the Little Big Horn River and that’s just kind of the beginning part of the race.

Many challenging moments for Louie with this race, but there is one in particular that sticks out.

“Most challenging portion of the race was definitely running the hills for six miles,” Louie said. “The running portion was the most rugged course I’ve run hands down.”

At this point in the race, Louie expressed that his legs began to lose power.

“So your legs are gone by the time you reach the horses which in turn made riding horses for eight-plus miles a real challenge,” he said laughing. “Didn’t have much leg left and a lot of the contestants were having trouble making exchanges and getting on the next horse as they were so exhausted.”

The race is not only an endurance of the body but also of the mind.

“The way I would describe this race is that it’s the ultimate test of willpower and mental/physical toughness,” said Louie. “The journey starts long before the race. You have to have the discipline to be able to train for months before if you want to finish safely and successfully.”

It was a surreal feeling for Louie as he crossed the finish line.

“When you finally come across the finish line it’s a relieving,” he says. “The long days of training of what seemed like endless running finally come full circle. Easily the most rewarding feeling I’ve ever felt through competition and I definitely feel like a stronger person both in character and mentality after finishing the challenge.”

“The race reveals a lot about yourself and your own medicine. You see what kind of guts you got and what you’re made of.”

When asked if Louie will be back next year to compete in the ultimate warrior Challenge?

“Definitely going to compete again next year,” Louie said. “I Feel like our people have excelled in the racing world everywhere we go and I look forward to representing the Colville tribe in the best way I can competing in this race and hopefully winning it next time.”

On his journey out to the Crow Nation, Louie can’t express enough thanks for all those that supported him throughout this.

“I can’t thank the people who helped me enough,” he said. “Roger Finley for sponsoring me, Joe Holford and Jonathan Abrahamson for letting me use their horses, Quentin Holford and Philip Williams for catching and holding, and my girlfriend MorningRose Tobey and her whole family for all the preparation and support.”

“I had the best team and even though it didn’t go exactly the way I wanted it to, I’m glad I finished and represented as strong as possible. It was an amazing experience.”