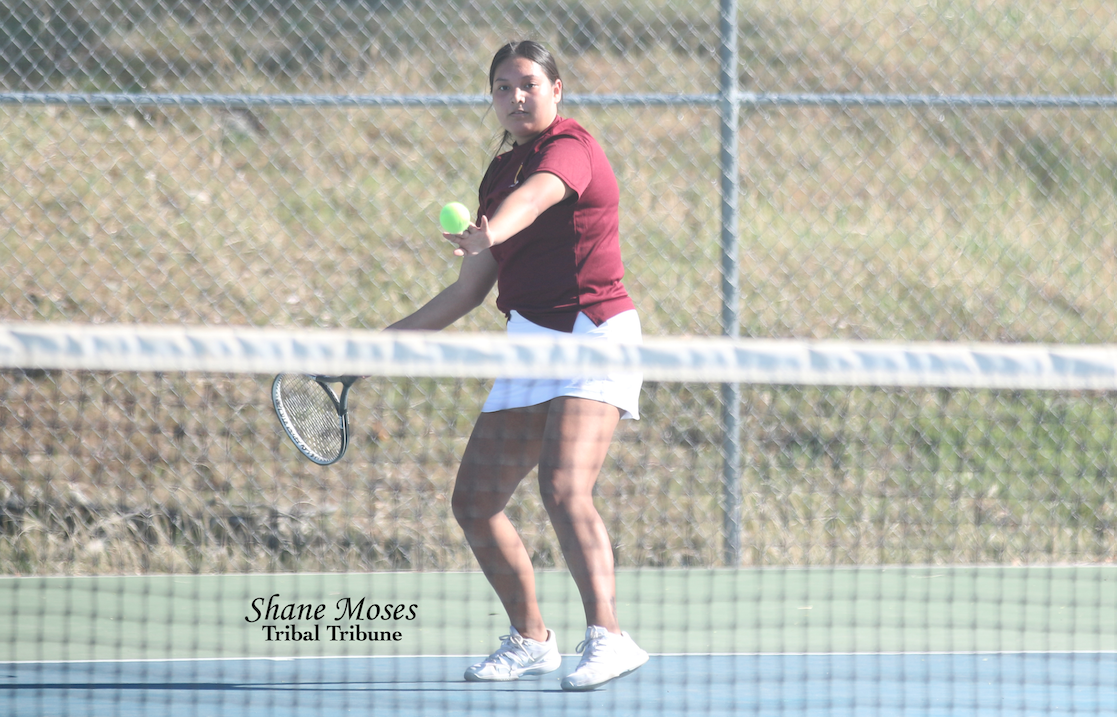 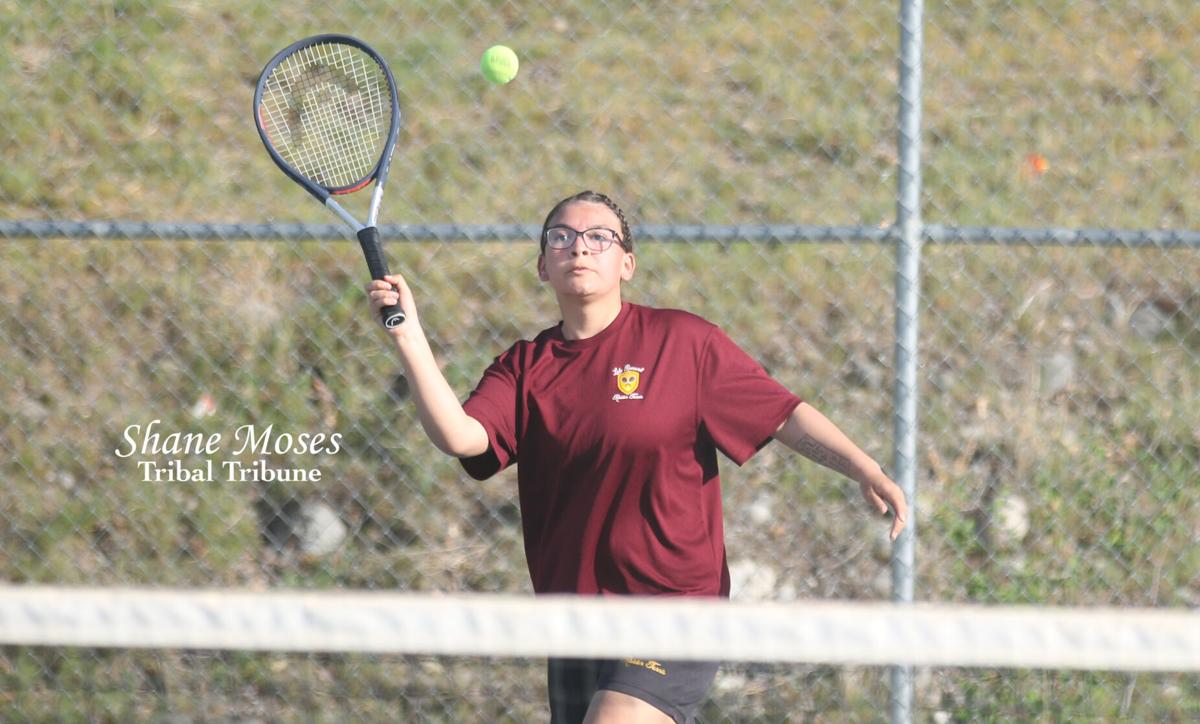 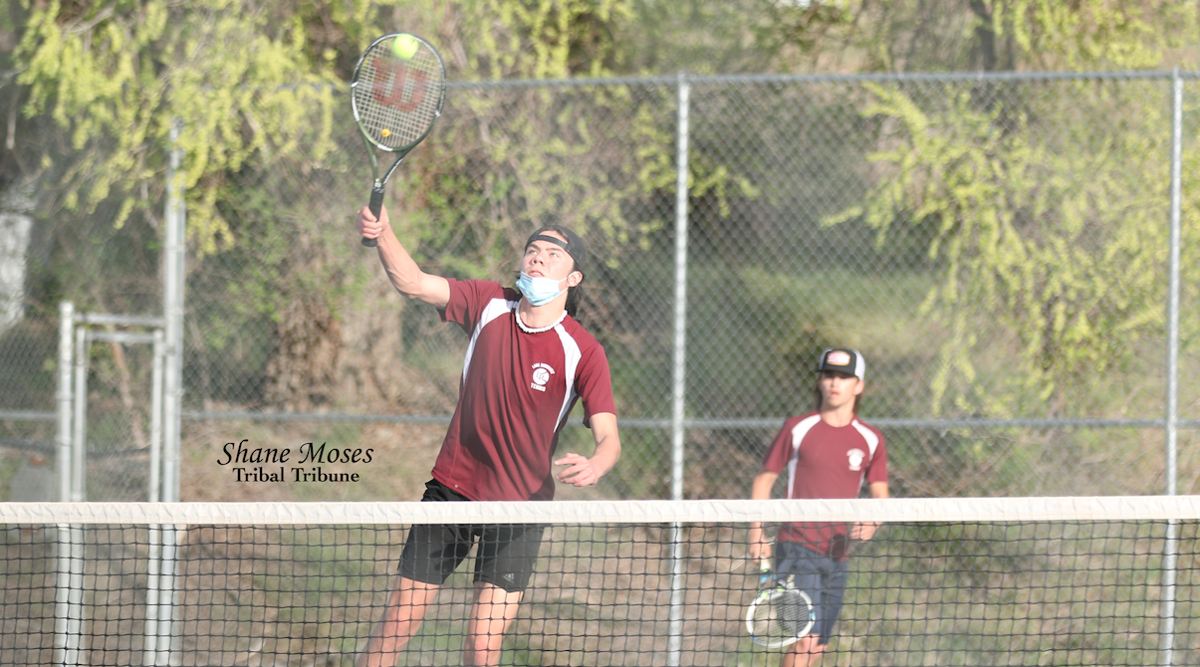 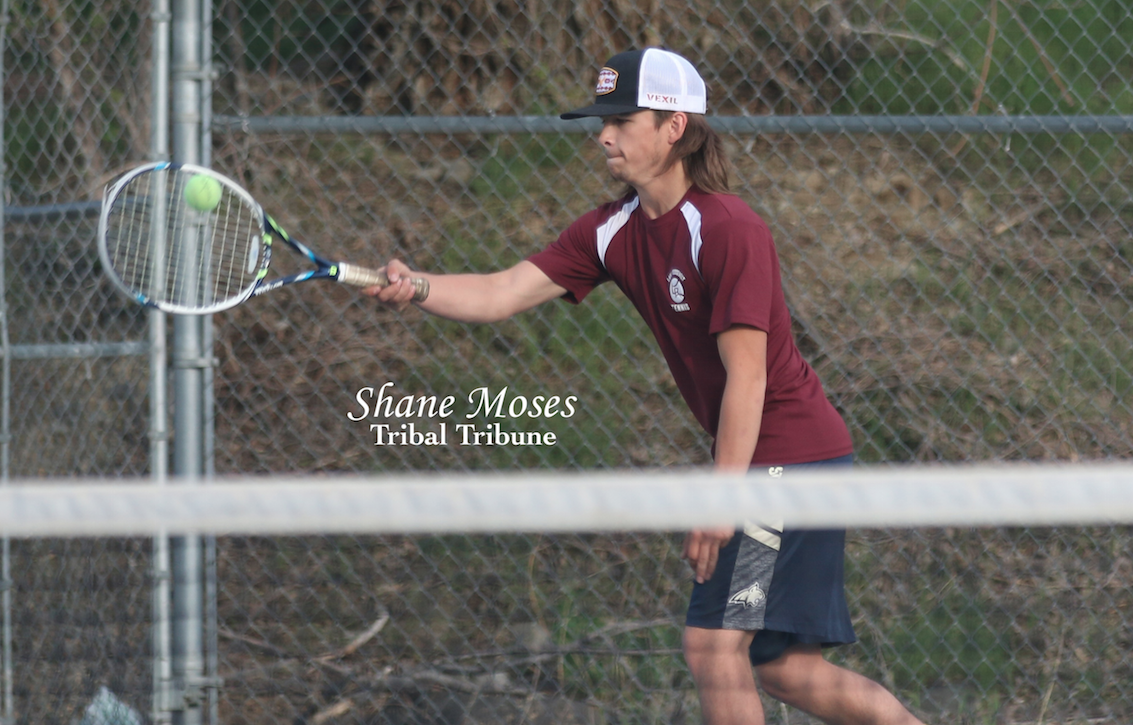 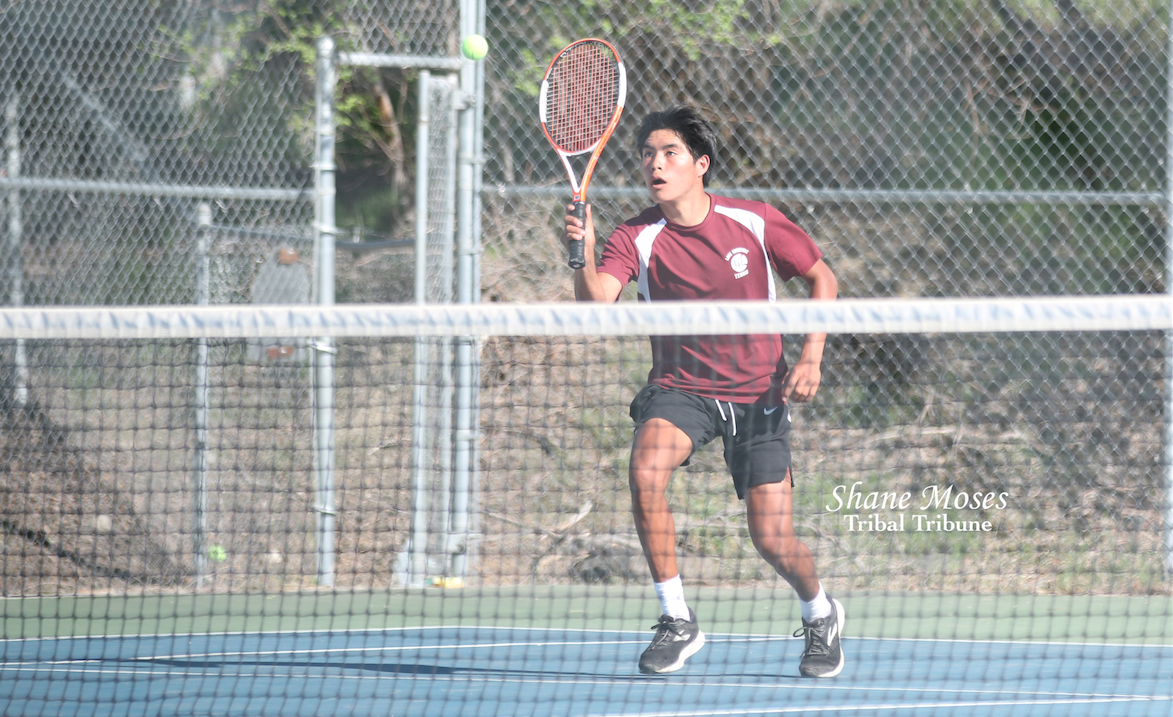 Colville tribal descendant Chase Marchand of Lake Roosevelt races up to the net to spike a shot, April 21 in Central Washington 2B League action

Colville tribal descendant Chase Marchand of Lake Roosevelt races up to the net to spike a shot, April 21 in Central Washington 2B League action

COULEE DAM – In his first season as the head coach for the tennis program at Lake Roosevelt High School, Billy Monroe had around 22 kids turnout and things looked like they were off to great start.

Then the COVID-19 pandemic took hold of the country and put an end to the season abruptly in mid-March last year.

“That was kind of a heartbreaker,” said Monroe.  “We were building the program and some pretty good seniors. They lost their season.”

A year later, Coach Monroe’s back at it again with an even bigger squad.

“We have 30 kids right now,” said Monroe. “For it to come back and for us to have the numbers now after losing that season it was huge. It's cool seeing kids play tennis and enjoy it. My goal is to encourage kids, make it positive, make it fun and then they show up. Tennis is growing at LR.”

For Monroe, the cherry on the top was Lake Roosevelt’s high school tennis courts, as they are among the newest in the league and regionally as well.

“We have the best courts in the league,” said Monroe. “We have the nicest courts and nicest facilities for tennis courts. It’s been along time coming. I remember when I played 10 years ago it was like playing on the parking lot. Asphalt courts that tore your racquet and shoes up."

Lake Roosevelt is just over two weeks into their season as they started off the year getting a sweep over Entiat, April 14, with the boys winning 4-1 and the girls winning 3-2.

Just a few days later, Lake Roosevelt hosted Tonasket for a 10 a.m. match and Oroville for a 2 p.m. match on Saturday, April 17 in "a long day that lasted from 9 a.m. to 5 p.m." according to Monroe.

Scores were unavailable at the time of deadline.

The Raiders were able to get a handful of matches in against league opponent Liberty Bell April 21 as they only had three players at the event.

"Unfortunately, Liberty Bell showed up with only three kids.  It ended up working out as I had LR teammates play each other for a couple of reasons. One it allows me to see where each player's skill level is when compared with others on the team,” Monroe said.

“Raven Clark played a smart match at number 1 girls singles. She was able to identify the weaknesses in her opponent's game and exploit it for a victory,” Monroe said.

“The community here is fantastic and I think that’s the biggest thing. I’m excited, we're building something.”