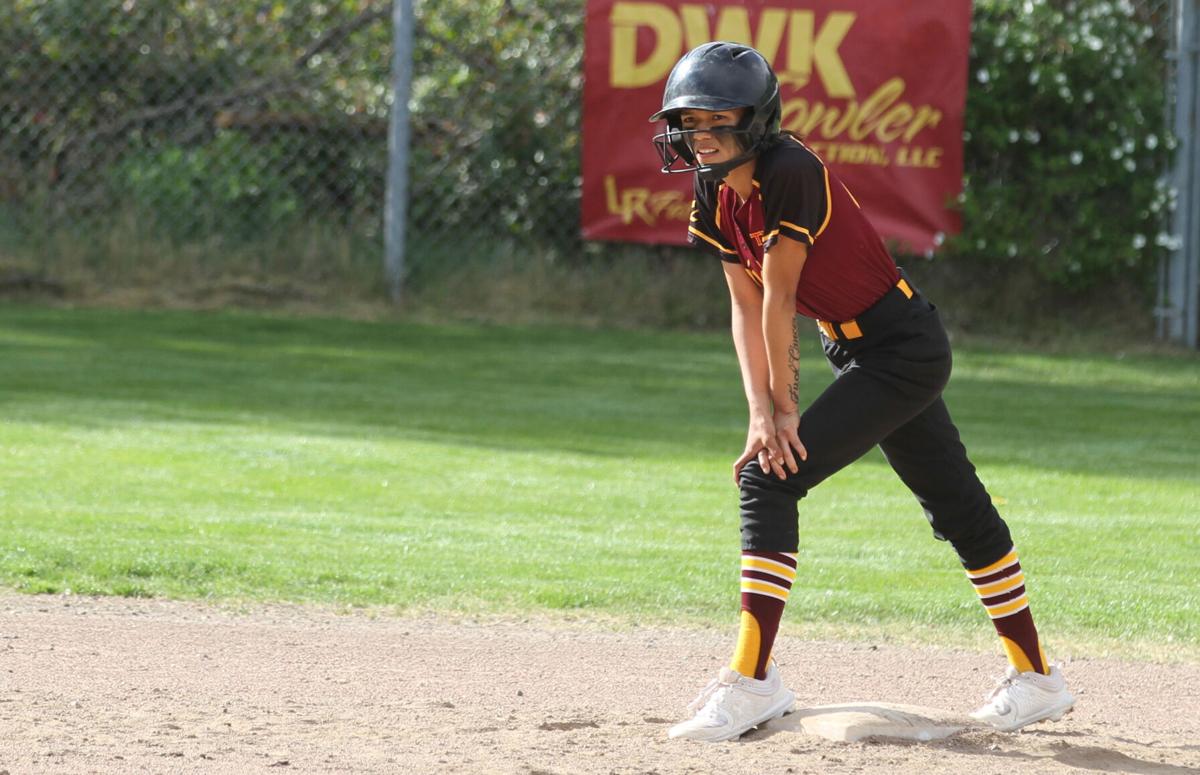 Colville tribal member Kyona Edmo stands on second base, waiting for the call from LR coach Jackie Gross, (May 3) against Okanogan in CWA 2B League action 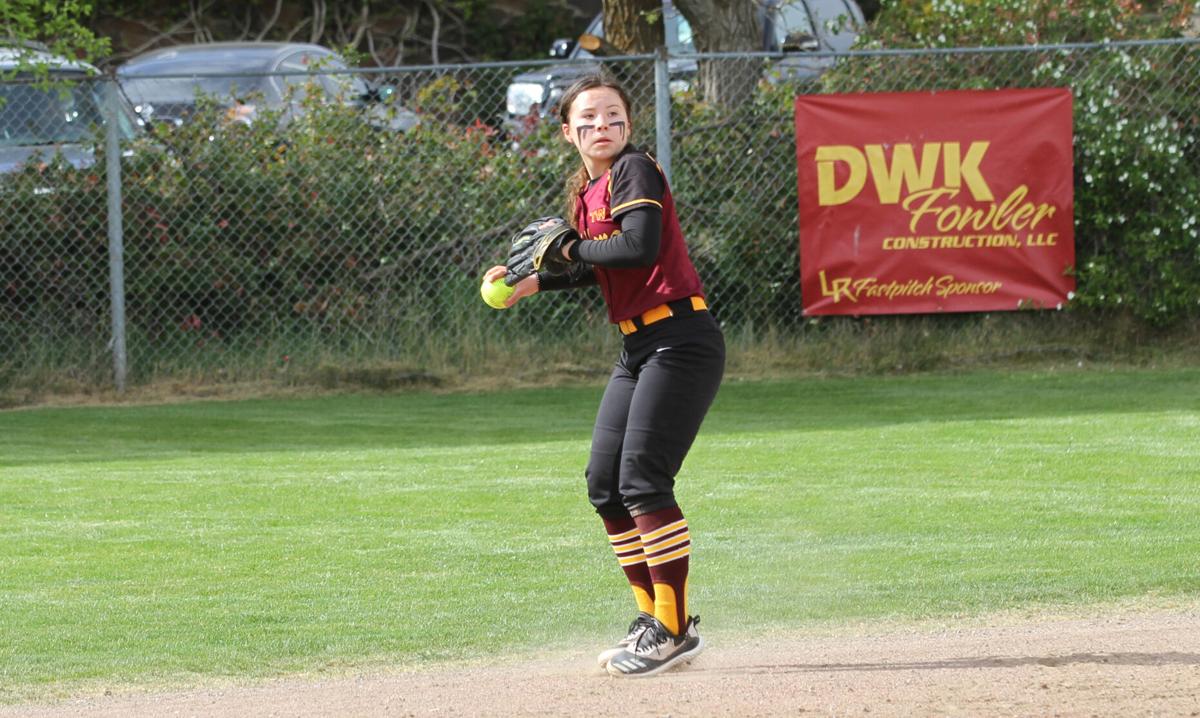 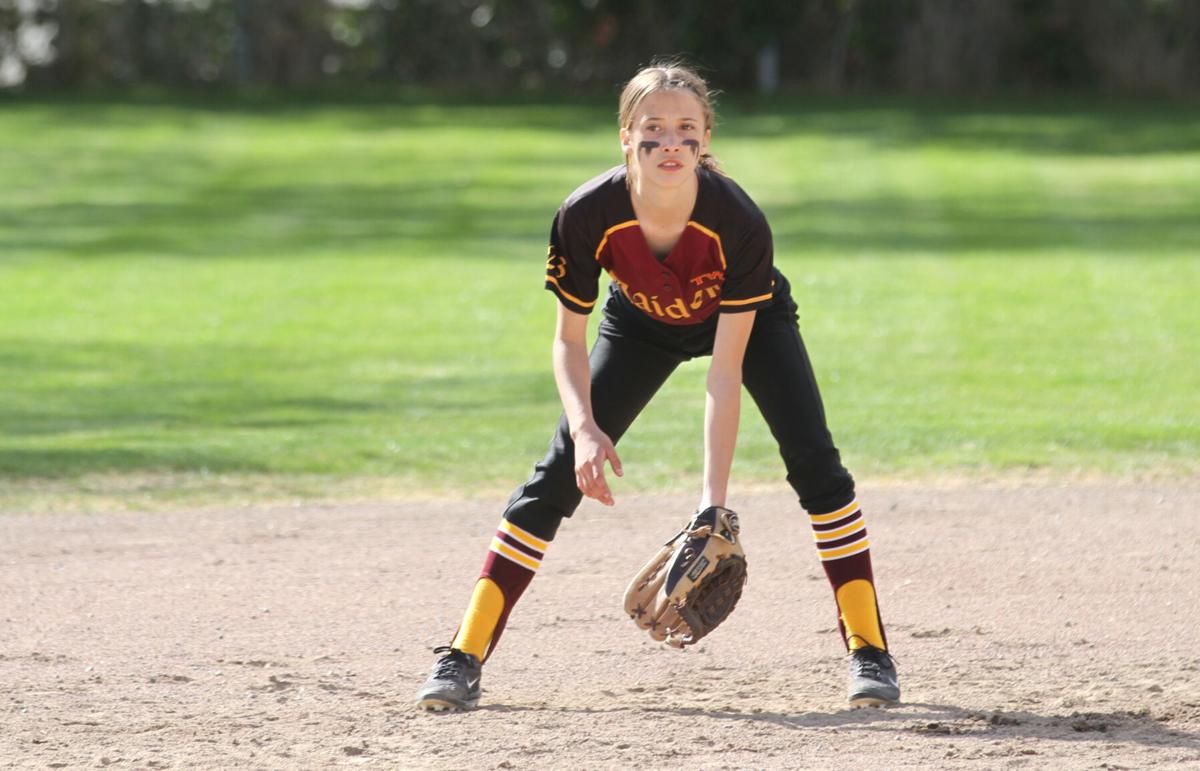 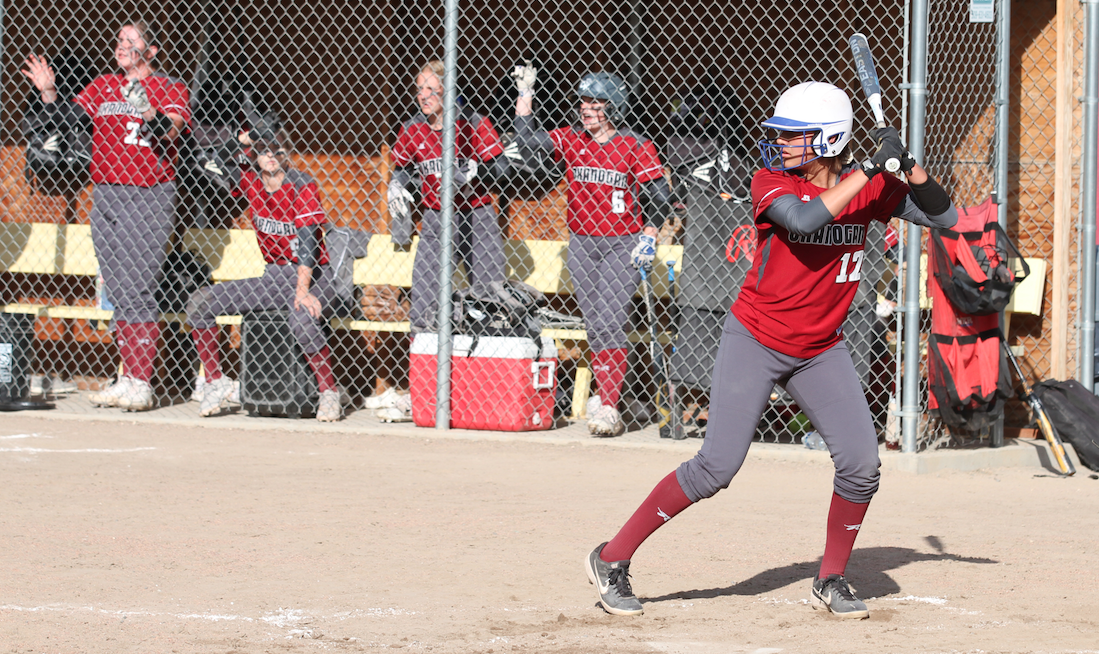 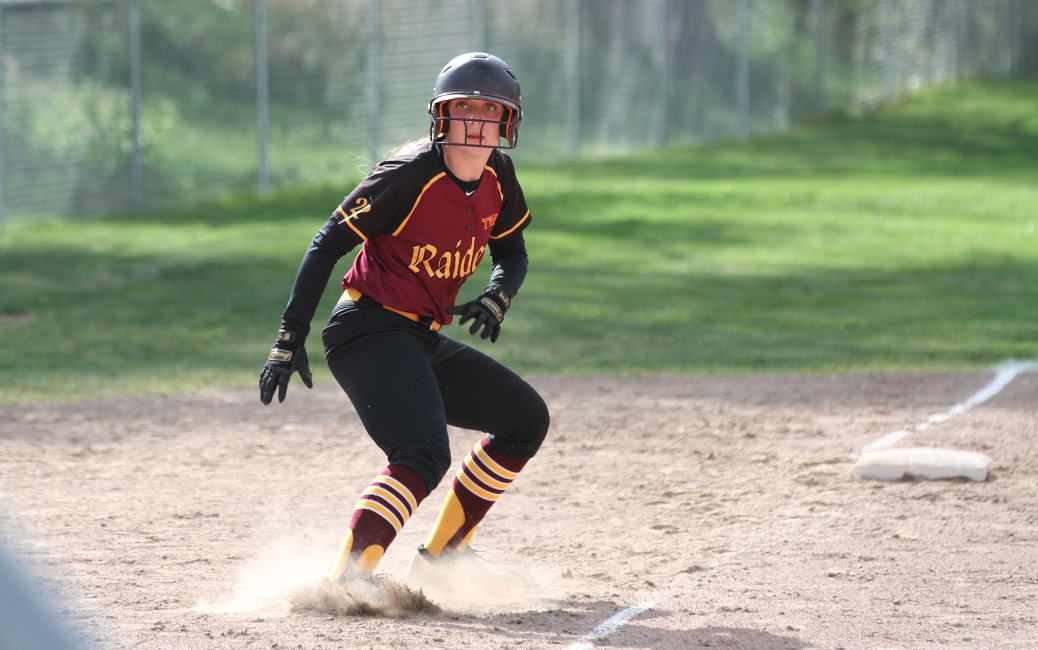 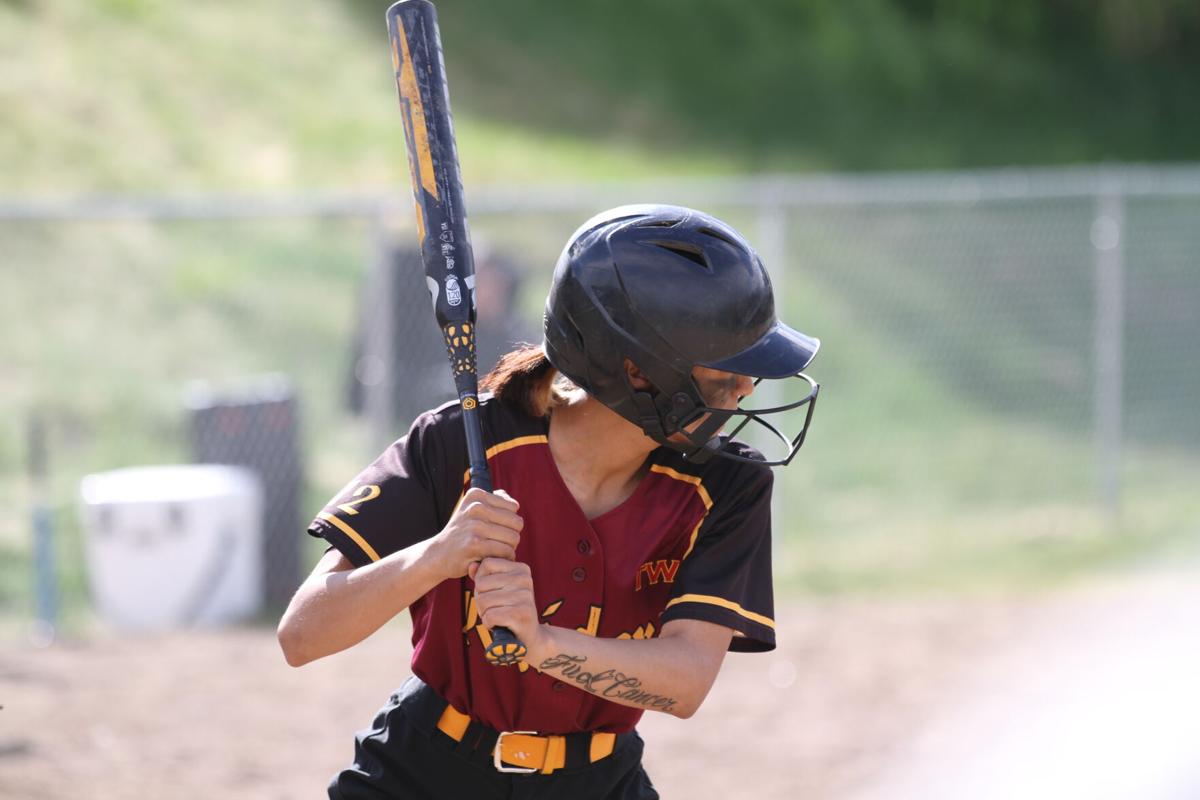 Colville tribal member Kyona Edmo stands on second base, waiting for the call from LR coach Jackie Gross, (May 3) against Okanogan in CWA 2B League action

GRAND COULEE - Going into the bottom of the seventh and final inning scheduled against Okanogan, May 3, Lake Roosevelt Softball was at the top of their batting order.

Freshman catcher Sawyer Steffens - who had already tallied 3 RBIs off two doubles and a triple - led off.

Not seeing anything she liked, Steffens walked aboard, and junior Emma Marchand stepped to the plate.

On the first pitch, Steffens stole second, putting the winning run in scoring position. Then Marchand hit a blop single over the first baseman down the right field line, and Steffens barely slowed as she ran by third and onto home to score.

“Going into the game, we knew that Okanogan was tough,” said coach Jaci Gross. “Our mindset was to take it one pitch at a time and remain steady.”

In Warnecke’s honor, the team wore TW on their uniforms.

“We were put to the test tonight and we pulled it off. Terry would have been proud but only for a minute” said Gross. “Then he would tell us that we have a lot of work to do. It was a very special night.”

Steffens led the team offensively with three RBIs, reaching base at each of her four at bats.

On the mound, Marchand tallied 8 strikeouts, including the final two strikeouts in the first to work herself out of a 1-out jam.

Mail also earned three RBIs in the game’s opening inning, clearing the bases with a one-out double that quickly put Okanogan up three to nothing.

Lake Roosevelt started off the year 1-3 but would end one of the hottest teams in the league, finishing with a 9-3 overall record. The Raiders will bring back their whole roster as they only lose one senior in tribal member Kyona Edmo.

P. Bauer hits a sacrifice single, out at first, scoring one run.

Marchand finds the strike zone and ends the inning with two strikeouts.

Marchand and A. Hansen strikeout to end the inning.

LR gets third out against Bauer, leaving two stranded.

BOTTOM: Working against the bottom of the lineup, Okanogan’s Radke tallies three strikeouts.

Steffens and Marchand both score on passed ball.

Marchand turns double-play with catch-throw out.

BOTTOM: Albert is left stranded after reaching first on walk.

LR’s Brown tallies out with fielding.

Marchand walks aboard, reaches second with steal, third with passed balls, scores with sacrifice from A. Hansen.

Albert reaches first with two outs, but is left stranded.

Marchand strikes out Gilchris for second out.

Marchand strikes out Duncan to end the inning.

BOTTOM: Steffens reaches base with walk.