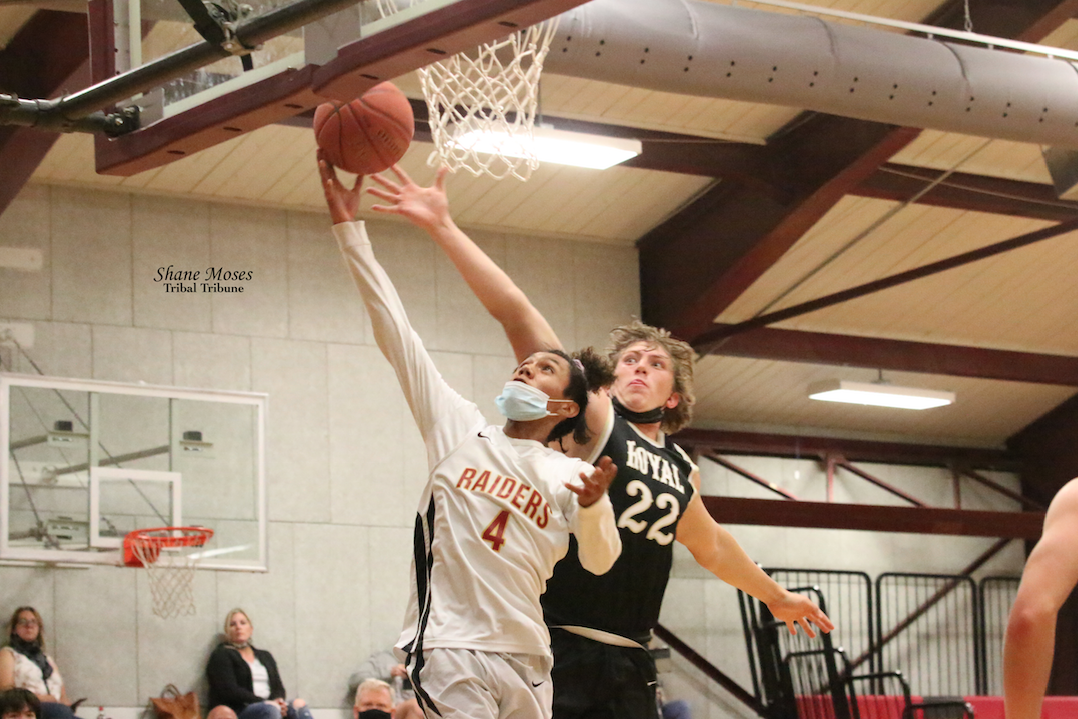 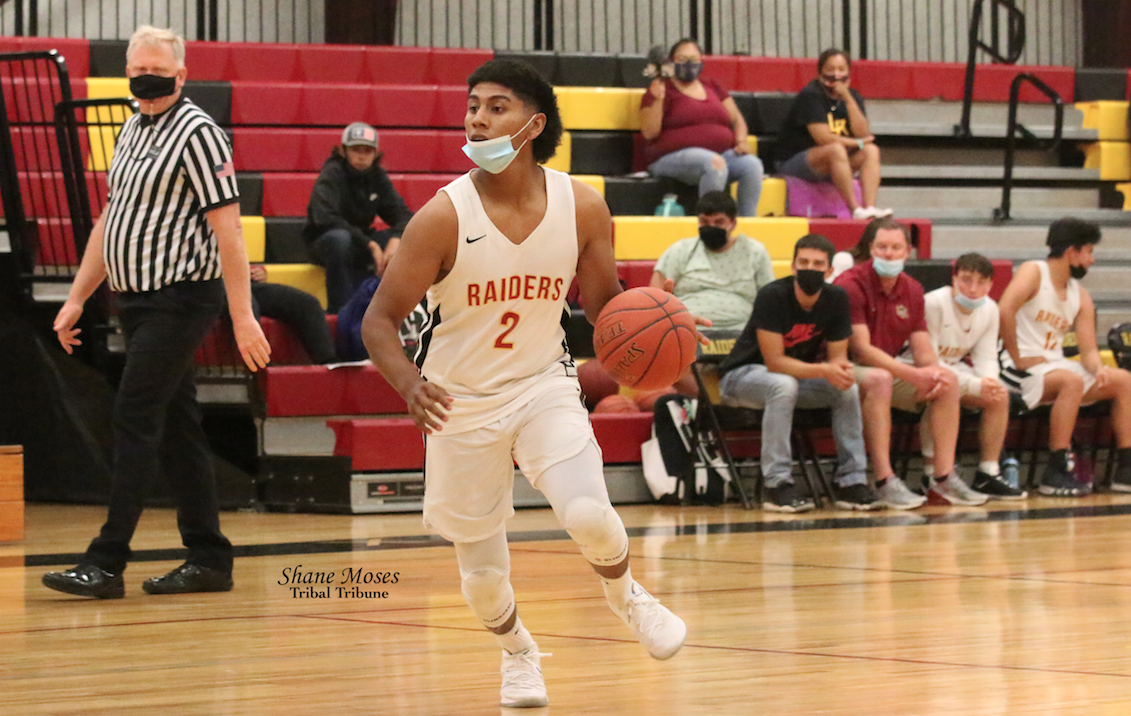 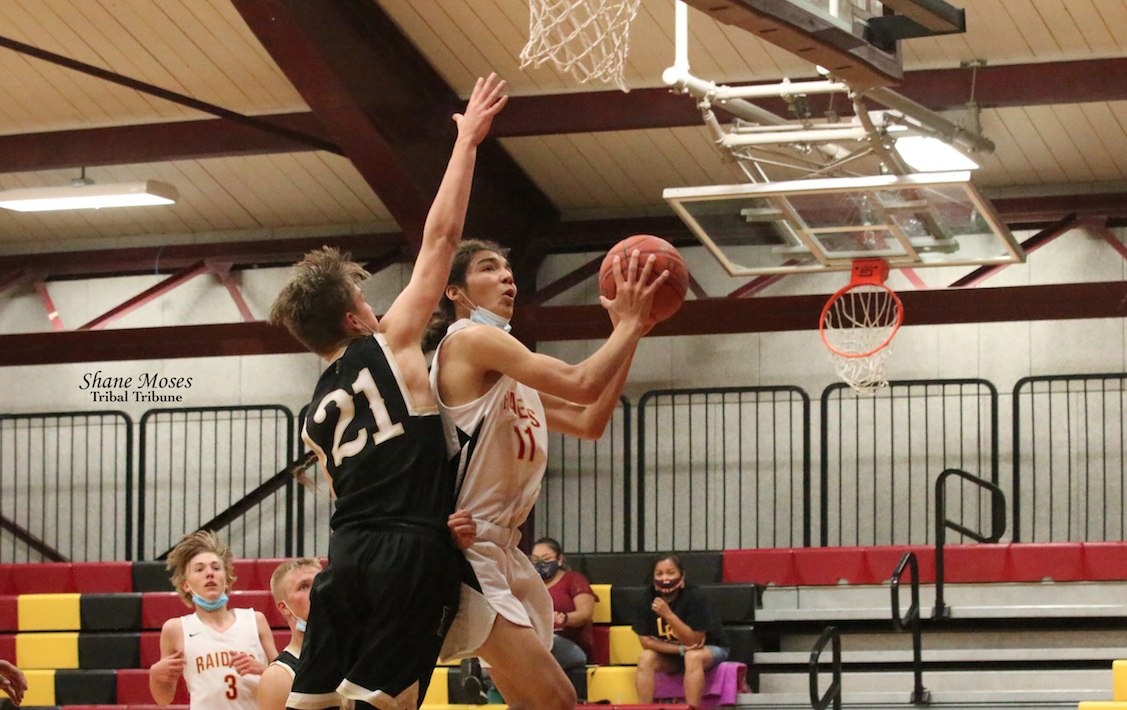 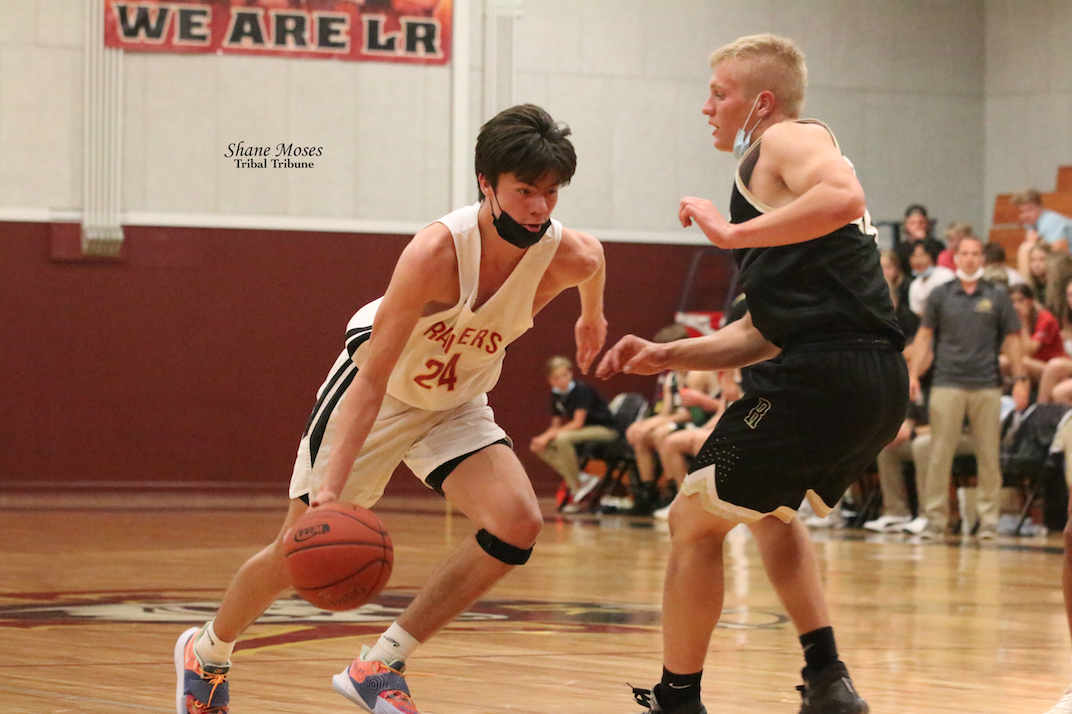 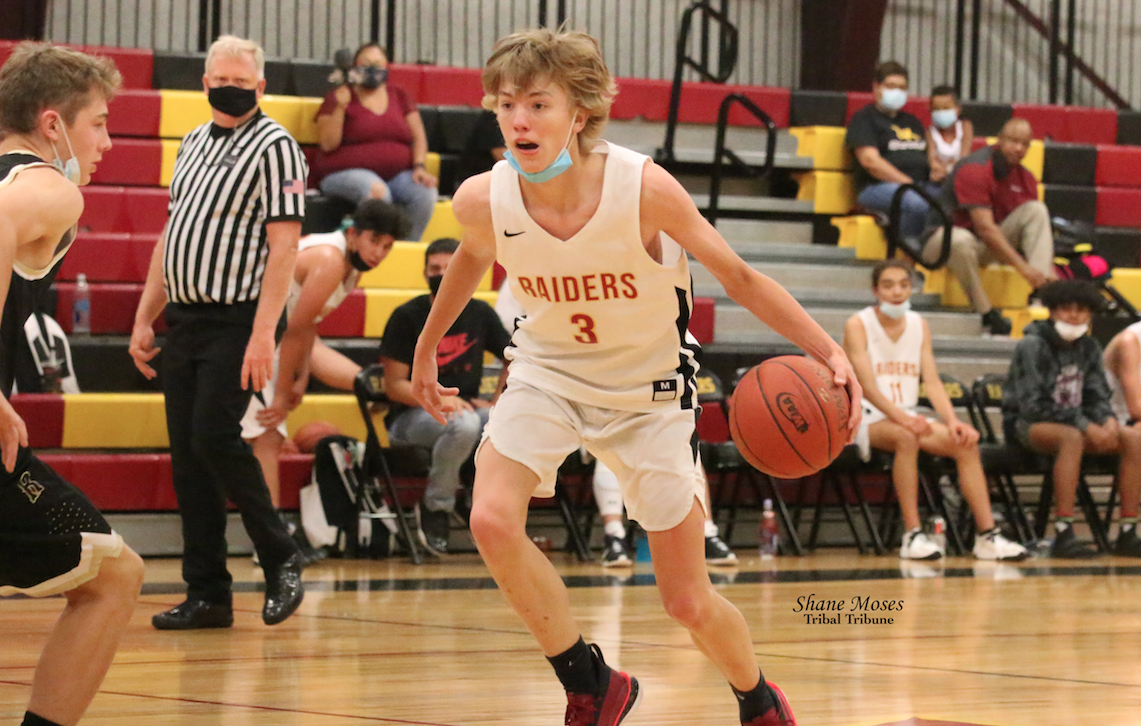 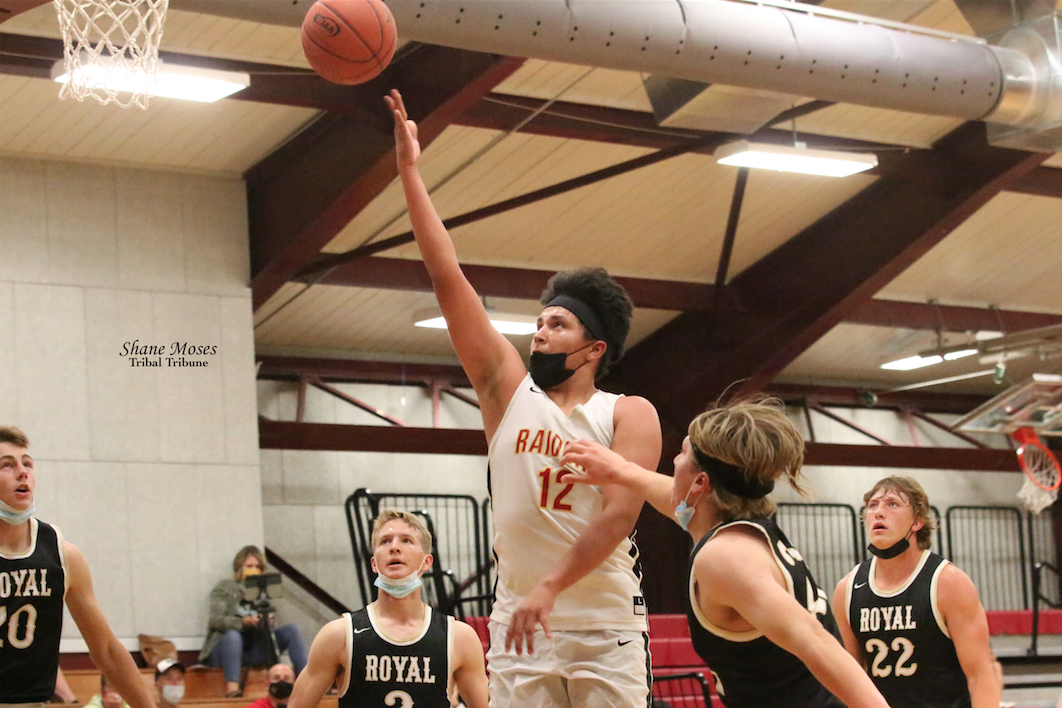 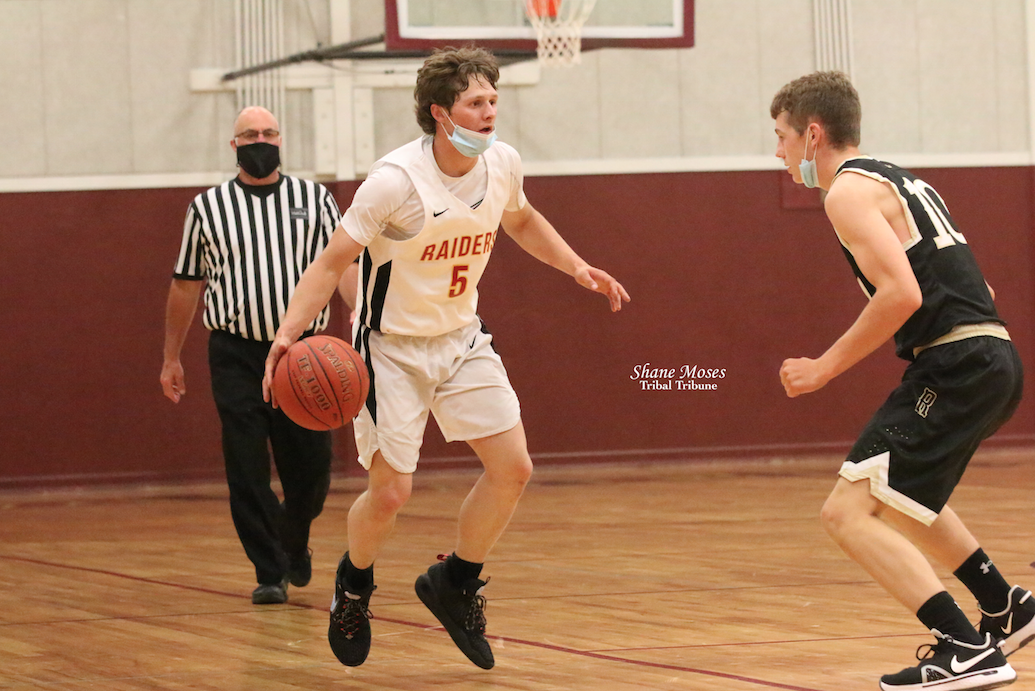 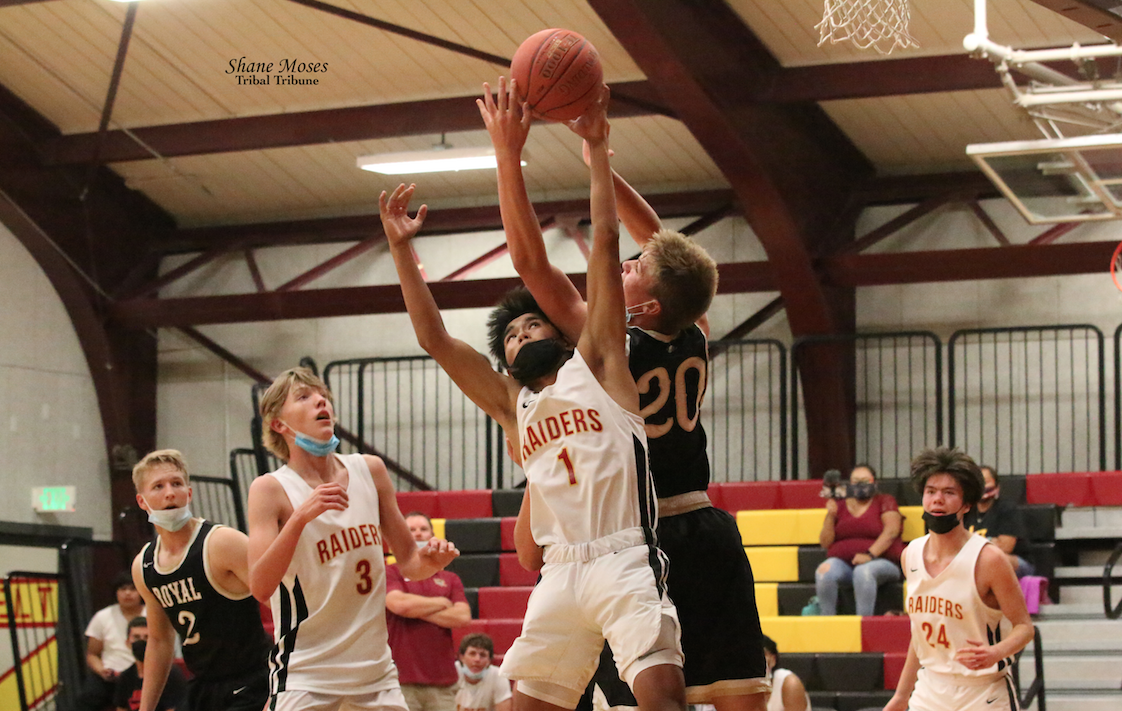 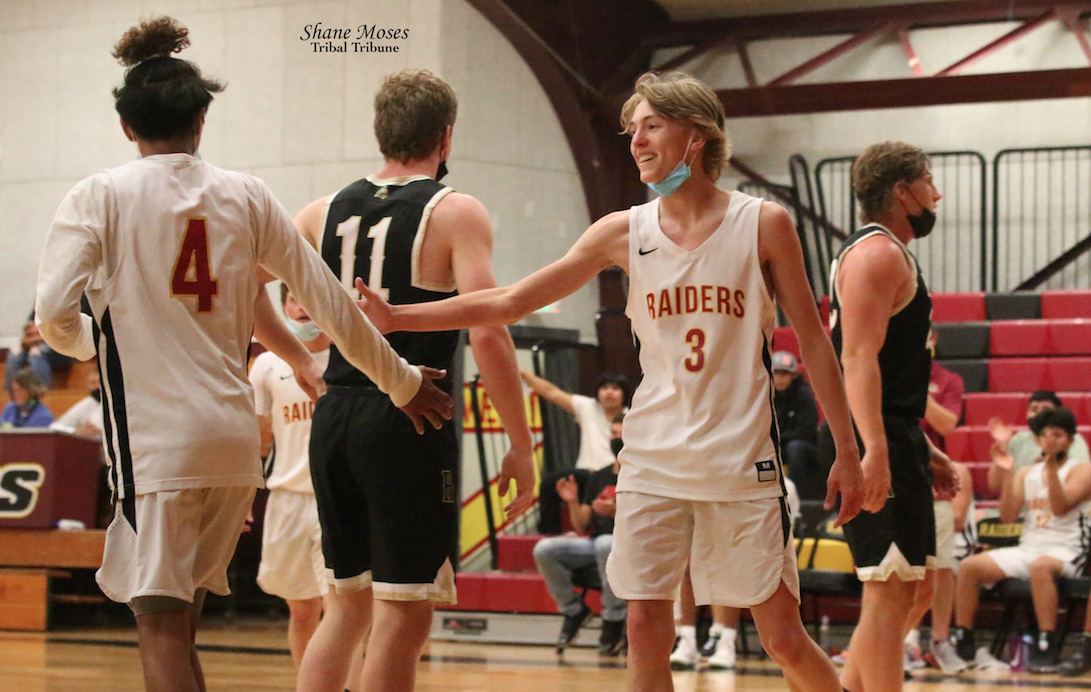 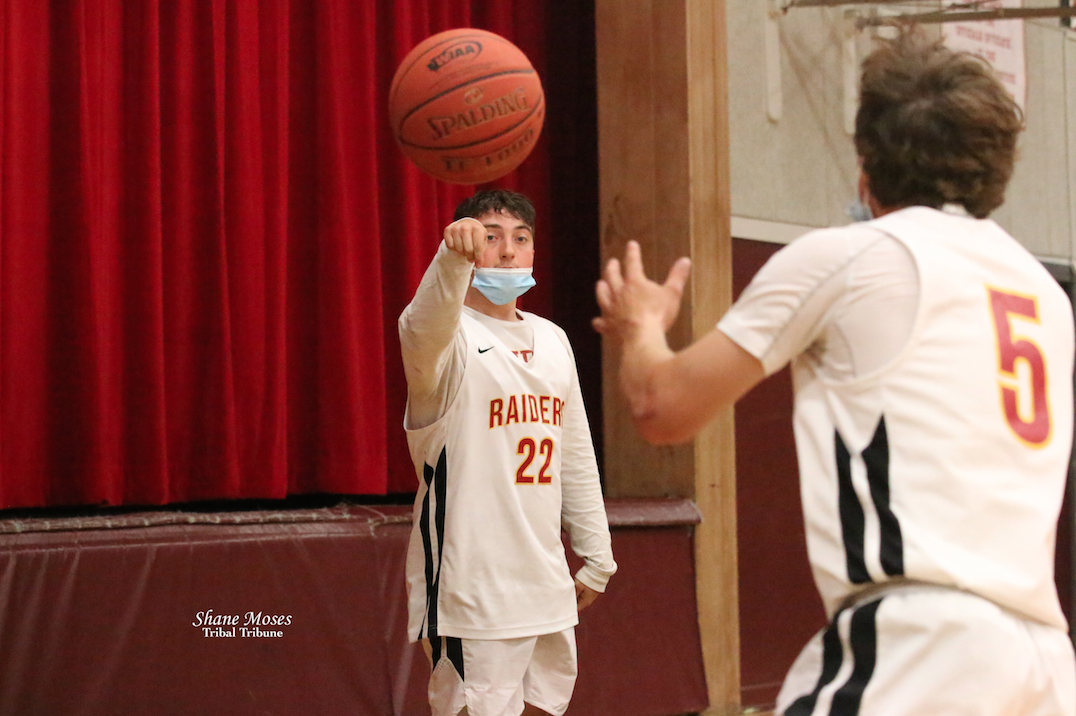 COULEE DAM – Teams all across the state faced their share of challenges during this past high school basketball season.

It was no different for the Lake Roosevelt boys’ varsity team as they encountered many obstacles throughout the shortened 10-game season.

Playing without two of their senior stars and mostly comprised of underclassman, the Raiders still brought the energy and effort in every game they played.

“I couldn’t be any more proud of my young boys who stepped up,” said Jeremy Crollard, head coach for Lake Roosevelt.

The Raiders started the season winning three of their first four games and were starting to really get into their groove.

And than, that’s when they had to take a step back.

After a 3-1 start the Raiders were forced to cancel three straight games, as they had to go into Covid-19 protocols and would need to quarantine.

“Its been challenging,” says Crollard. “And than with having to play without our two senior stars, it’s been tough.”

The boys’ team went 13 days in-between games, and after the long layoff were dealt a 65-46 loss to the Royal Knights on June 14 which would turn out to be their last game of the season.

“One loss to a 1A team like that isn’t anything to hang our heads on,” said Crollard. “We’ve been quarantined for 10 days. We missed three games, the boys battled. You cant really expect more than what we came with.”

The Raiders finished the season with an overall record of 3-2.

“I was glad we could finish out this last week and get these boys an opportunity to play,” Crollard said. “That’s what its all about. Ultimately the more games we can get in, the better were going to be for the future.”

“We just got to keep building as a young unit and well get there.”