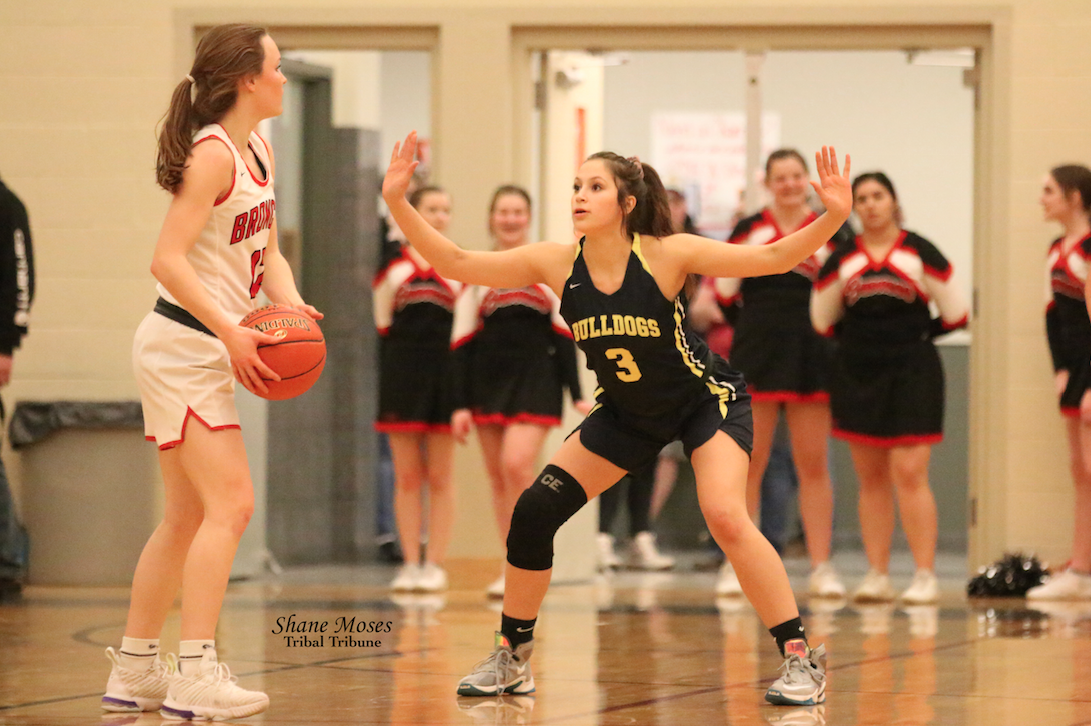 Tribal member Joslynn Meusy (#3 blue) of Kettle Falls defends against Lind-Ritzville-Sprague on Thursday (Feb. 13) night in the quarterfinals of the NE 2B Girls District Tournament. 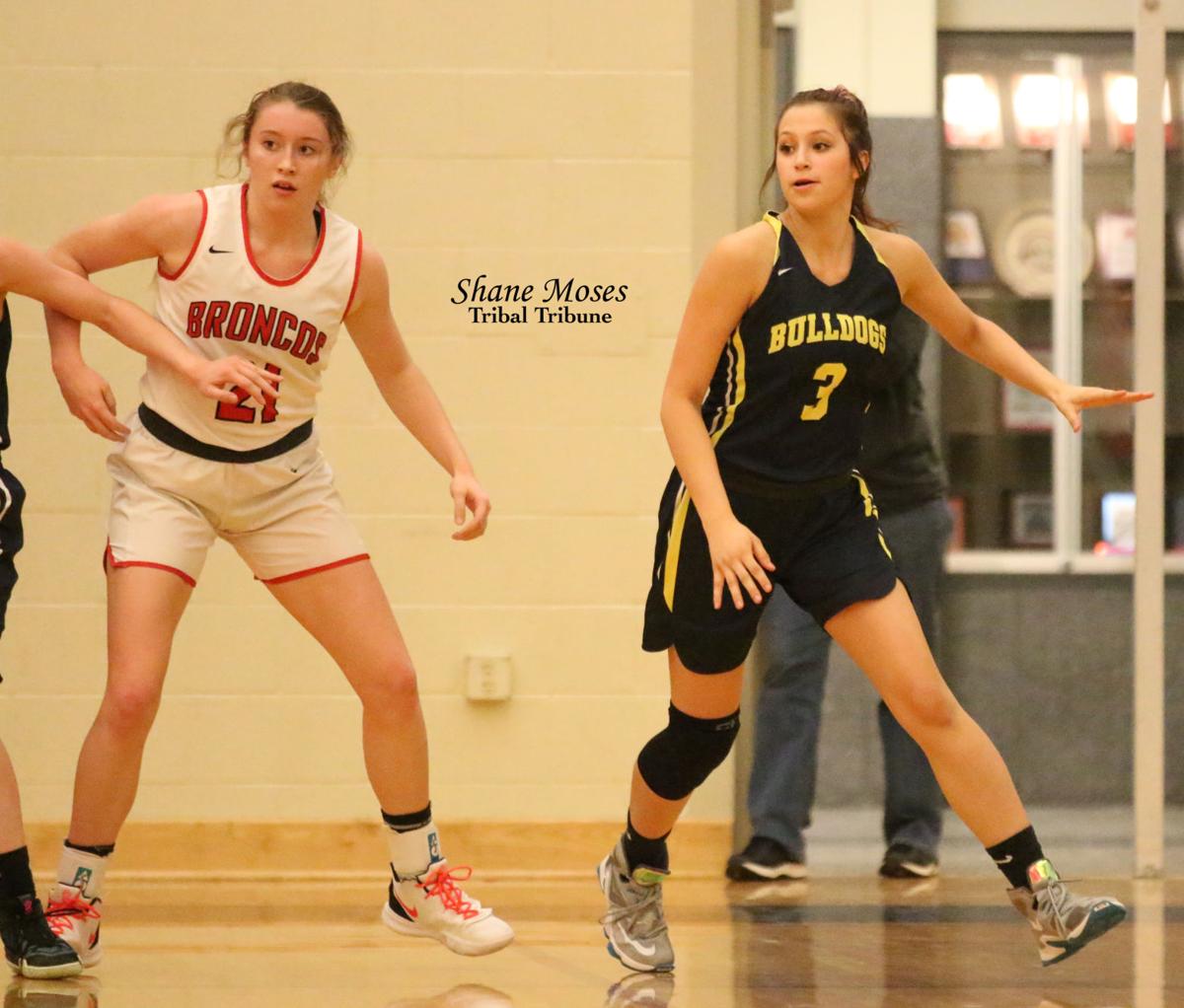 Tribal member Joslynn Meusy (#3 blue) of Kettle Falls looks for the ball against Lind-Ritzville-Sprague on Thursday (Feb. 13) night in the quarterfinals of the NE 2B Girls District Tournament.

Tribal member Joslynn Meusy (#3 blue) of Kettle Falls defends against Lind-Ritzville-Sprague on Thursday (Feb. 13) night in the quarterfinals of the NE 2B Girls District Tournament.

Tribal member Joslynn Meusy (#3 blue) of Kettle Falls looks for the ball against Lind-Ritzville-Sprague on Thursday (Feb. 13) night in the quarterfinals of the NE 2B Girls District Tournament.

SPOKANE – After starting off the year at 3-0, the Kettle Falls girls basketball team hit a few bumps in the road, sitting at 5-5 at the midway point.

In the second half of their season, Kettle Falls buckled down winning eight of their last 10 games to finish third in the Northeast 2B North division at (6-4).

They would enter the Northeast 2B League district tournament as the #3 seed from the NE 2B North division.

Up first for Kettle Falls would be sixth seeded Upper Columbia Academy. The Bulldogs would go on to win 60-28 on Monday (Feb. 10) evening at West Valley high school.

Kettle Falls would fall in their next game, losing to #2 seeded Lind-Ritzville-Sprague 46-42 on Thursday (Feb. 13) night at West Valley high school.

“We drove to the basket, we made shots. Just keep moving forward and work from our mistakes.”

The Bulldogs held a 15-12 lead after the first quarter, but would trail 29-26 at halftime.

Kettle Falls held L-R-S. to six points total in the third quarter as both teams would be tied at 35-35 heading into the fourth.

The Bulldogs couldn’t get a shot to fall, as they would lose by four.

Now in a win or go home format, Kettle Falls made quick work of Asotin, winning 57-21 on Feb. 15 at West Valley high school.

St. George’s would take a 17-8 lead after the first quarter and would hold Kettle Falls to two points in the second quarter, taking a 30-10 lead at halftime.

Kettle Falls played their way back into the game in the second half as they outscored St. George’s 12-9 in the third quarter and 12-10 in the fourth quarter. It wasn’t enough as St George’s would win 49-34 on Feb. 18.

Meusy finished with four points. Zarah Johnson of Kettle Falls scored a team high 11 points in her final game as a Bulldog.

Kettle Falls finished the year with an overall record of 15-9, going 2-2 in the NE 2B League district tournament and a third place finish in the north division.

“I think we did really well,” said Meusy. “It’s a tough league.”

Meusy will be a senior next year as she looks to help lead Kettle Falls to the 2B state tournament, which would be a first in school history.