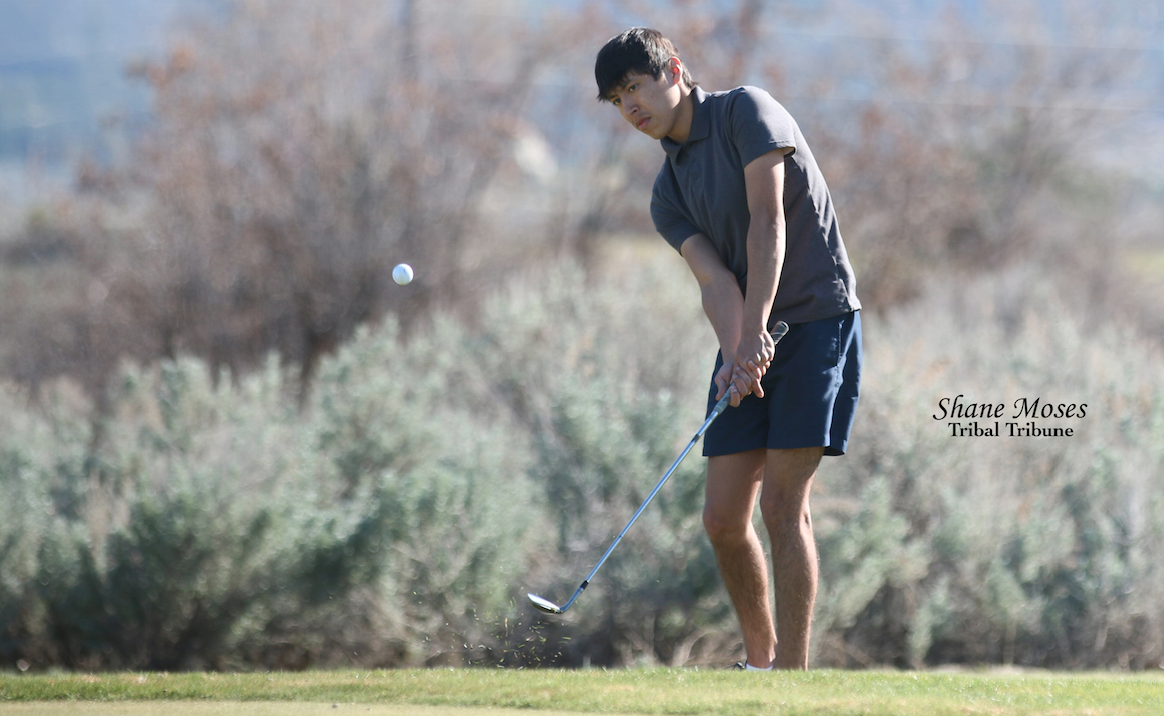 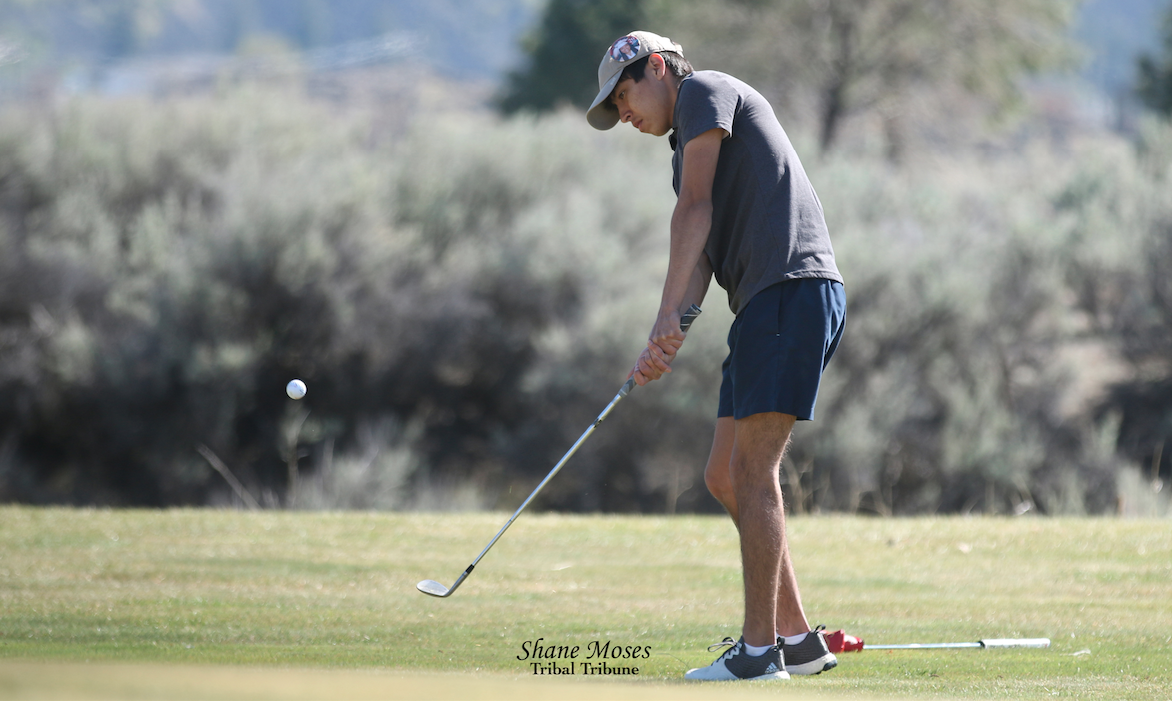 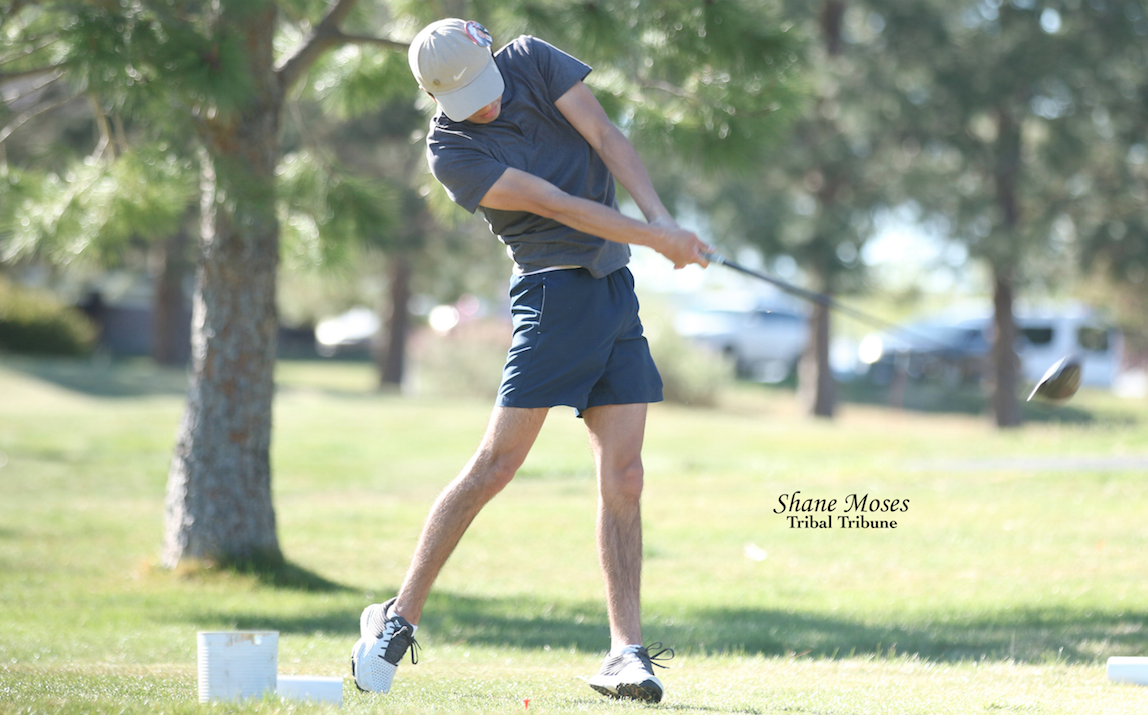 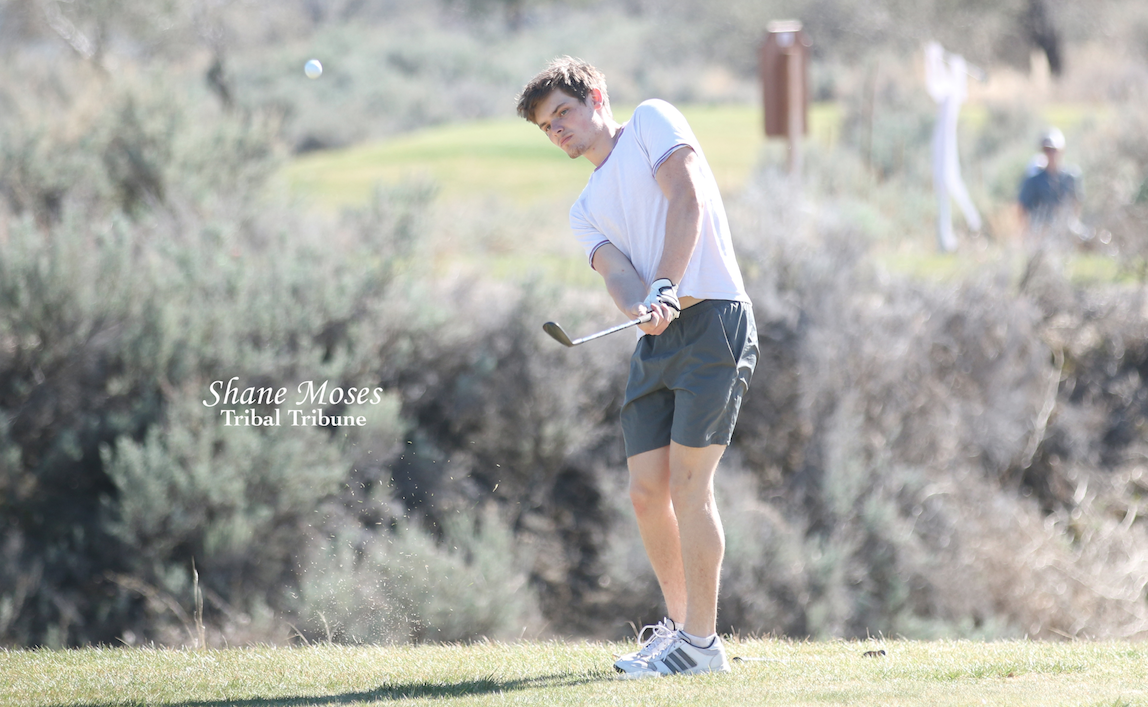 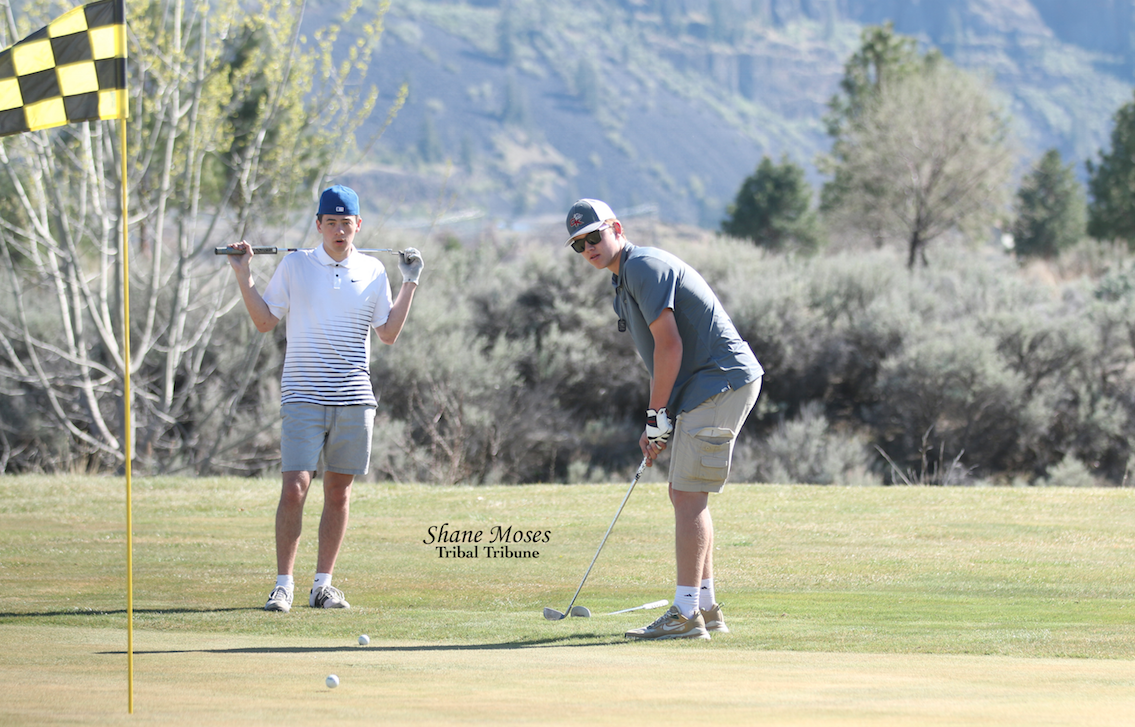 ELECTRIC CITY – After being robbed of his junior season on the greens, Colville tribal descendant Daxton Whiteman isn’t holding anything back in his final go around.

“For an athlete that missed his entire junior season, he has made significant improvement in every aspect of his game,” said Steve Files, head coach for the Lake Roosevelt High School golf program.

Whiteman started off his senior season with a bang, winning his first match of the year shooting an 86 on Senior Night for the Raiders in 18 holes of golf April 19 at Banks Lake Golf Course.

“Considering we’ve had very little time to prepare for our first two matches, I’m extremely pleased with how our kids played,” said Files. “Daxton is really in form and playing extremely well.”

For Files and the Raiders golf team, it seems like forever since the last time they’ve been able to play a competitive match for the school.

“We played no matches last year. May of 2019 was our last match before this month,” Files said.

Whiteman, who comes from a golfing family with strong ties to the sport, hasn’t taken any shortcuts to get to where he’s at.

“Dax routinely stays after practice and works on his game,” Files expressed.  “He is one of the most dedicated golfers we’ve had at LR since I’ve been coaching.”

All those extra hours have really begun to show on the course as he finished his senior night match nine strokes ahead of the second place finisher.

“Dax has a strong all-around game and he’s very skilled, but I think his greatest asset is his course management and his mental game,” said Files. “He’s really matured. He makes smart decisions out there and stays positive and determined. Dax certainly has the game to play at the next level if that’s the path he chooses.“

A week later after winning his first match of the year, Whiteman went on to shoot an 84 at Oroville. Terek Bush of Lake Roosevelt shot a 112 at Oroville’s Golf Course.