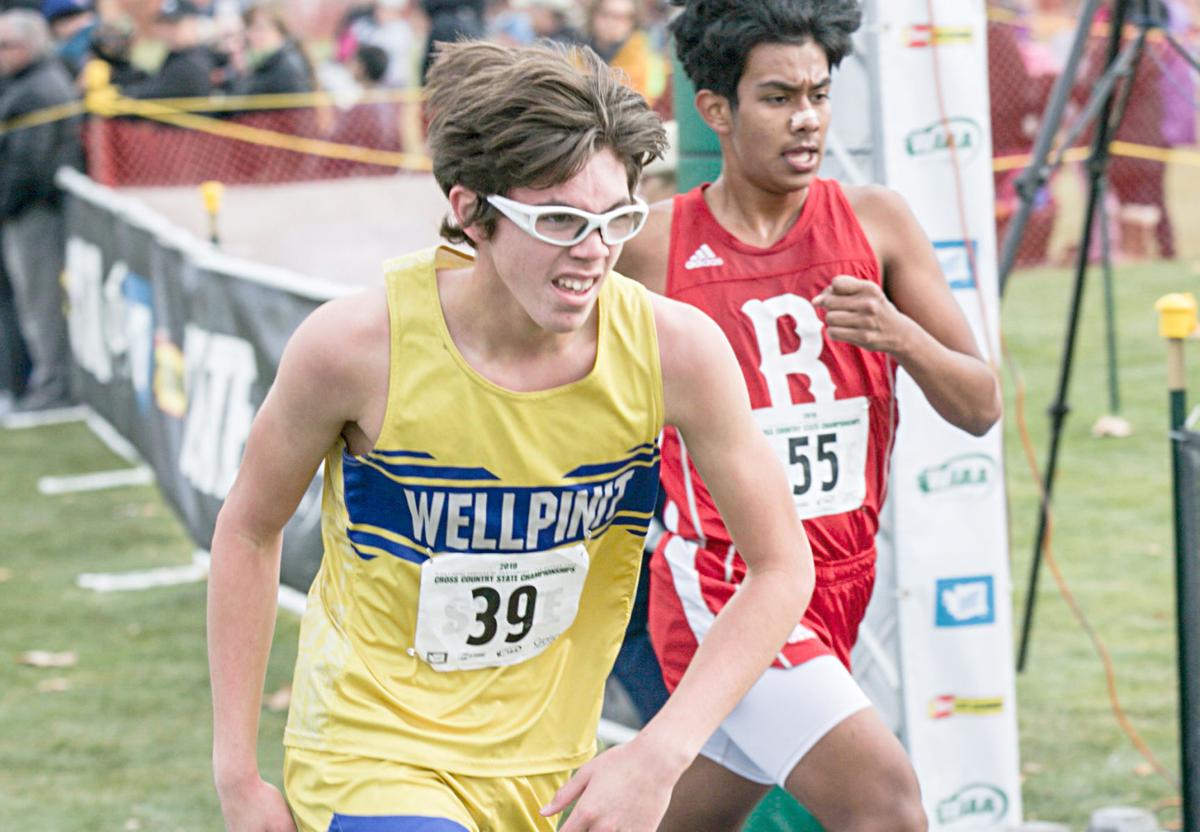 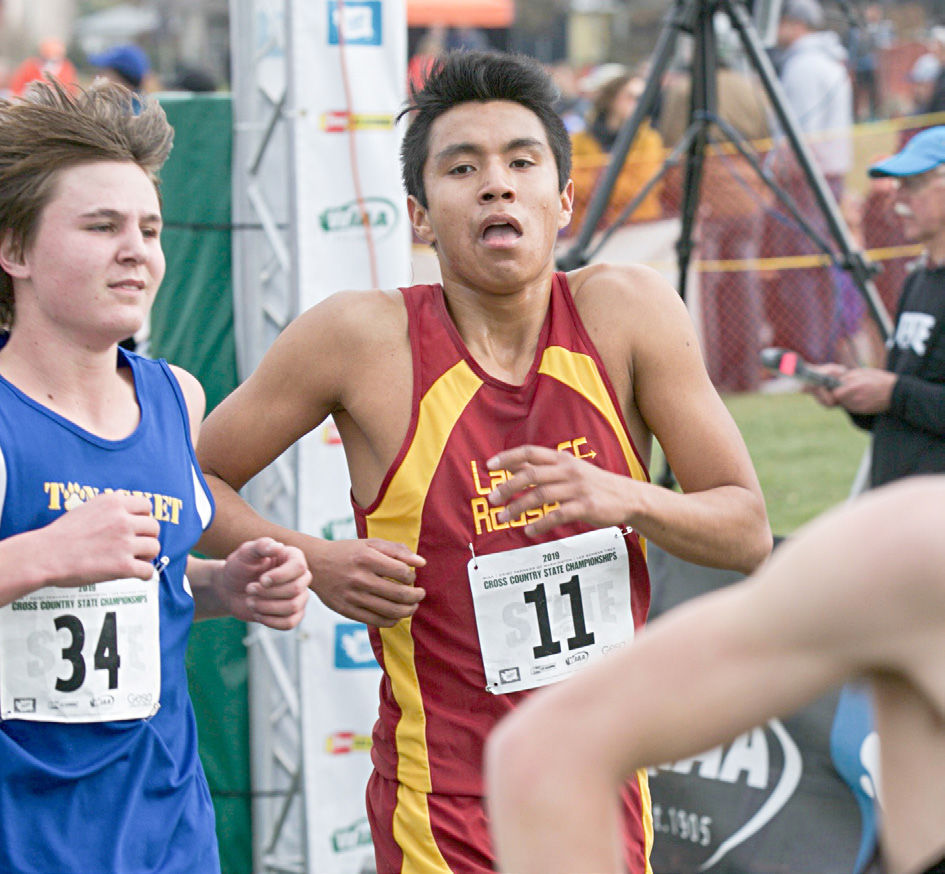 Wellpinit’s William Dick IV, Lake Roosevelt’s Kyle Edmo, and Inchelium’s Isaac Hoskie finished within a minute of each other to place in the middle of the pack.

Dick IV, a freshman who participated at last year’s event while in eighth-grade, finished in 77th place with a time of 18 minutes, 10.3 seconds.

To prepare for the race, he trained on the roads, back roads and woods near Wellpinit. He improved his time by 20 seconds from last year.

The top 16 finished in less than 17 minutes this year.

Edmo, a senior, completed the race at 18 minutes, 40.1 seconds to earn 110th place. It was his first ever appearance at the event.

“I think I did alright for my first one,” he said. “I’m tired. One of my goals was to beat Oscar Guzman of Brewster. I didn’t do it though (Guzman finished at 17 minutes and 30 seconds). I think I did a lot better since the beginning of the season. It feels great (to end my high school career at state).”

Hoskie is a freshman and is the son of tribal member Bobbi Jo Sherwood, a former collegiate runner. He finished his first state meet with a time of 19 minutes, 9.6 seconds, which was good enough for 135th place.

“Holy,” he said. “At first start, right when I began, I got cleated right in the foot. It hurt. The whole race was tough. I liked it. My first time running was fun. Just coming out here is just, I don’t know how to explain it.”

Hoskie was the only member of the Inchelium team, and his mother coached him.

“We run hills, steep hills,” in the Inchelium district to prepare for the race, he said.