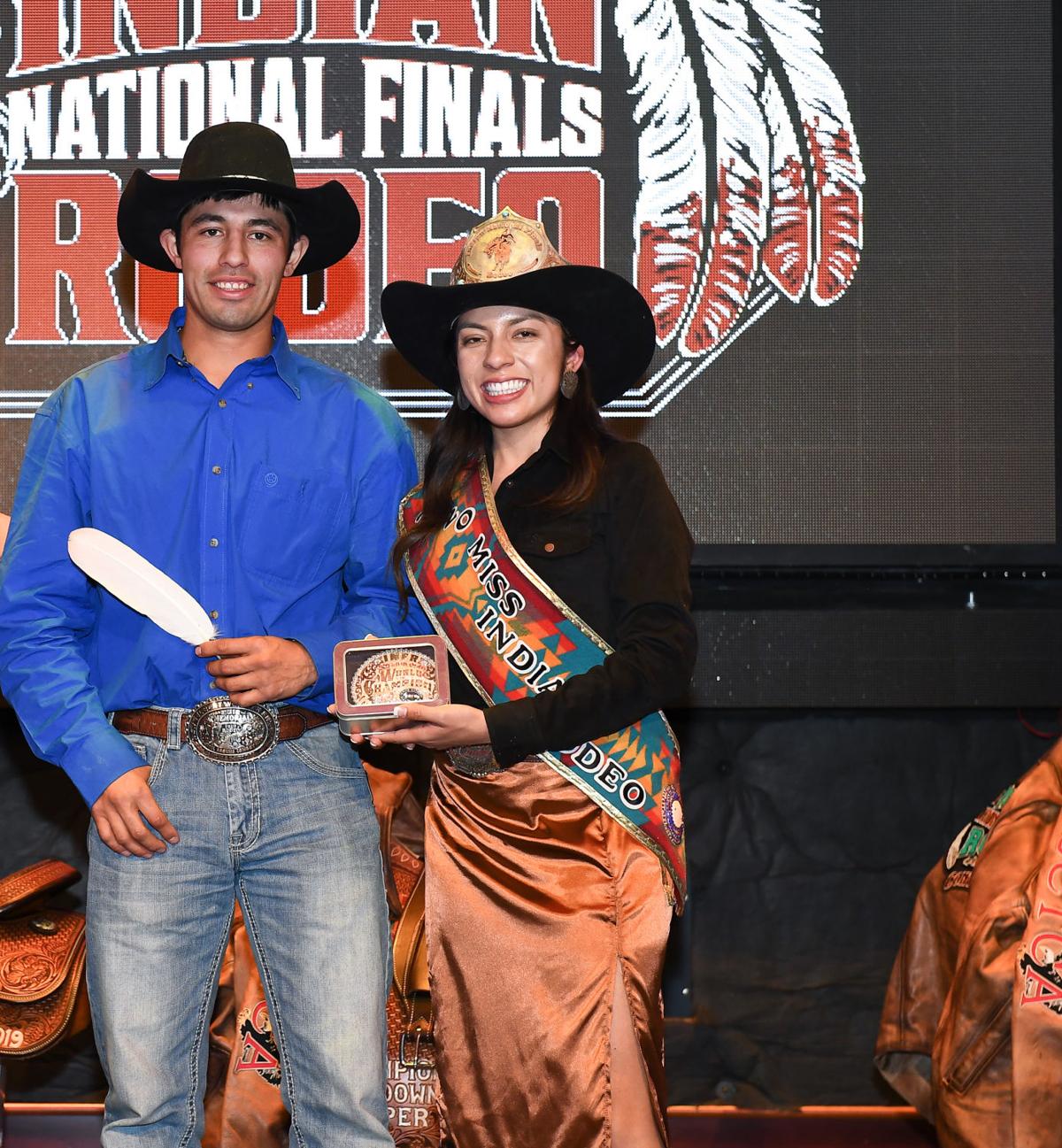 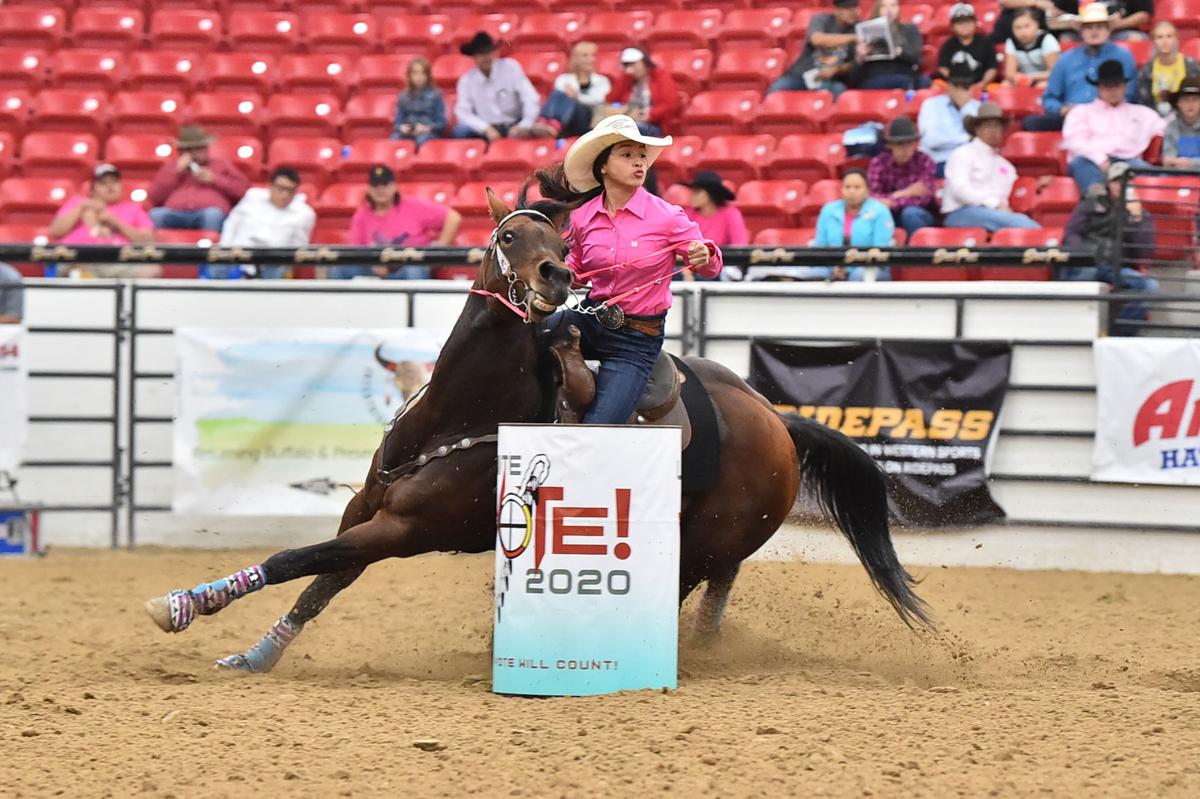 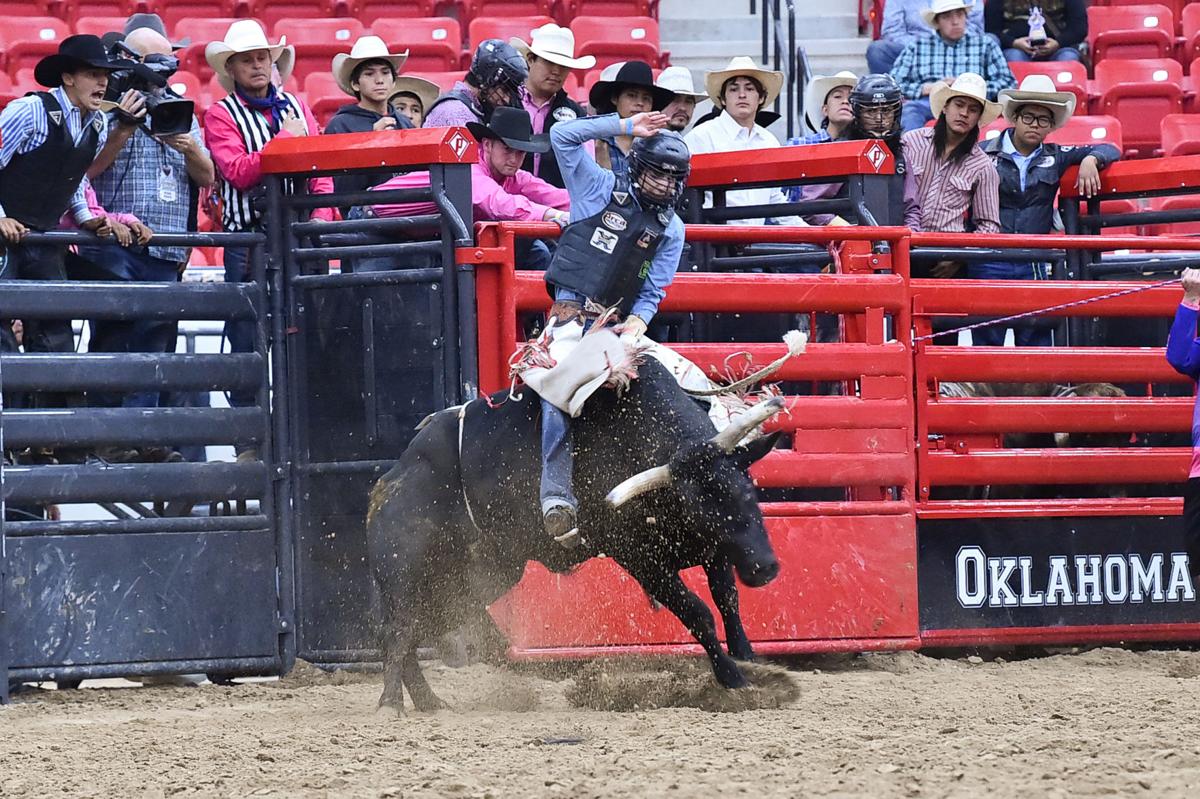 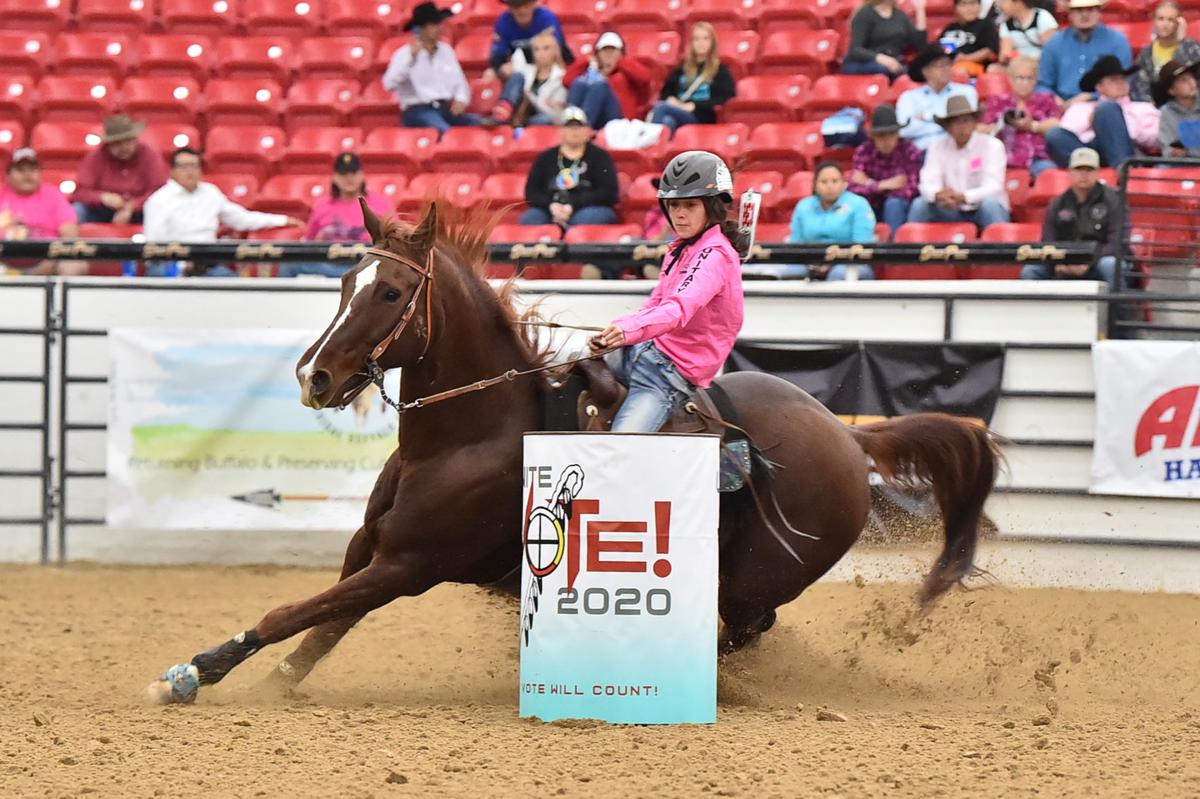 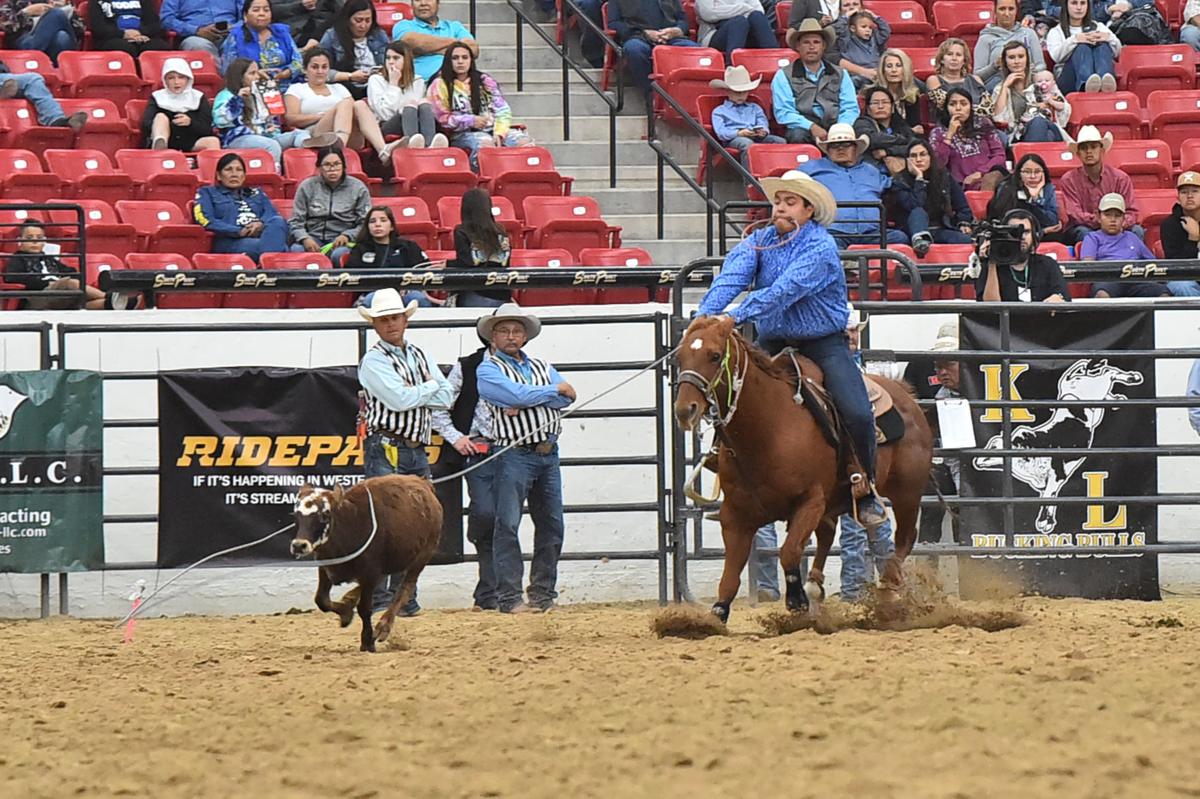 Colville tribal member Oliver Williams competes in the tie down roping at this year’s Indian National Finals Rodeo (Oct. 22-26) at the South Point Equestrian Center in Las Vegas, Nevada. Williams placed 31st overall with a total average of 25.16, number of head, one.

Colville tribal member Oliver Williams competes in the tie down roping at this year’s Indian National Finals Rodeo (Oct. 22-26) at the South Point Equestrian Center in Las Vegas, Nevada. Williams placed 31st overall with a total average of 25.16, number of head, one.

Marchand has consistently qualified for INFR on an annual basis, but he broke through this year.

“I knew I could do it,” Marchand said. “Just had to have everything fall into place. I’ve competed there numerous times as I hold a saddle bronc title there already.”

With the big lights of Las Vegas sometimes daunting to some of those competing at INFR, Marchand didn’t want to put too much pressure on himself.

“I take it as another rodeo and not try to overwhelm myself,” he says. “I know what I need to do.”

Over the course of five days, Marchand managed to consistently finish around the top 5.

In the saddle bronc, Marchand placed fifth overall with a total average of 283. He brought in $1,380 in earnings.

Marchand towards the end of the rodeo was sitting on pins and needles as he was awaiting the final results of other riders.

“I couldn’t stop sweating,” he said. “I was done and sitting there, waiting for a guy to ride his bull who was in the running.”

Suddenly the public announcer made an announcement to the crowd. Marchand’s name had been called.

“Being able to compete alongside my brother Francis [Marchand] as he secured his first world all around title was so amazing,” said Kaelyn Marchand, who competed in the ladies barrels.

It was a welcoming site for Marchand to see his fellow tribal members down in Vegas supporting and competing as well.

“Seeing other fellow members there competing makes me feel good that there is talent in any event capable of making it to the big show,” Marchand said. “It shows who really wants it.”

Marchand would be remiss if he didn’t acknowledge those who helped him along the way.

“I’d like to thank the whole community on the reservation that had stuck it out with me through thick and thin,” he said. “It feels good knowing how much support I have on our reservation. Win or lose, I know that they see me as a champion in their eyes.”

Below is a list of how he fared throughout the five-day rodeo.