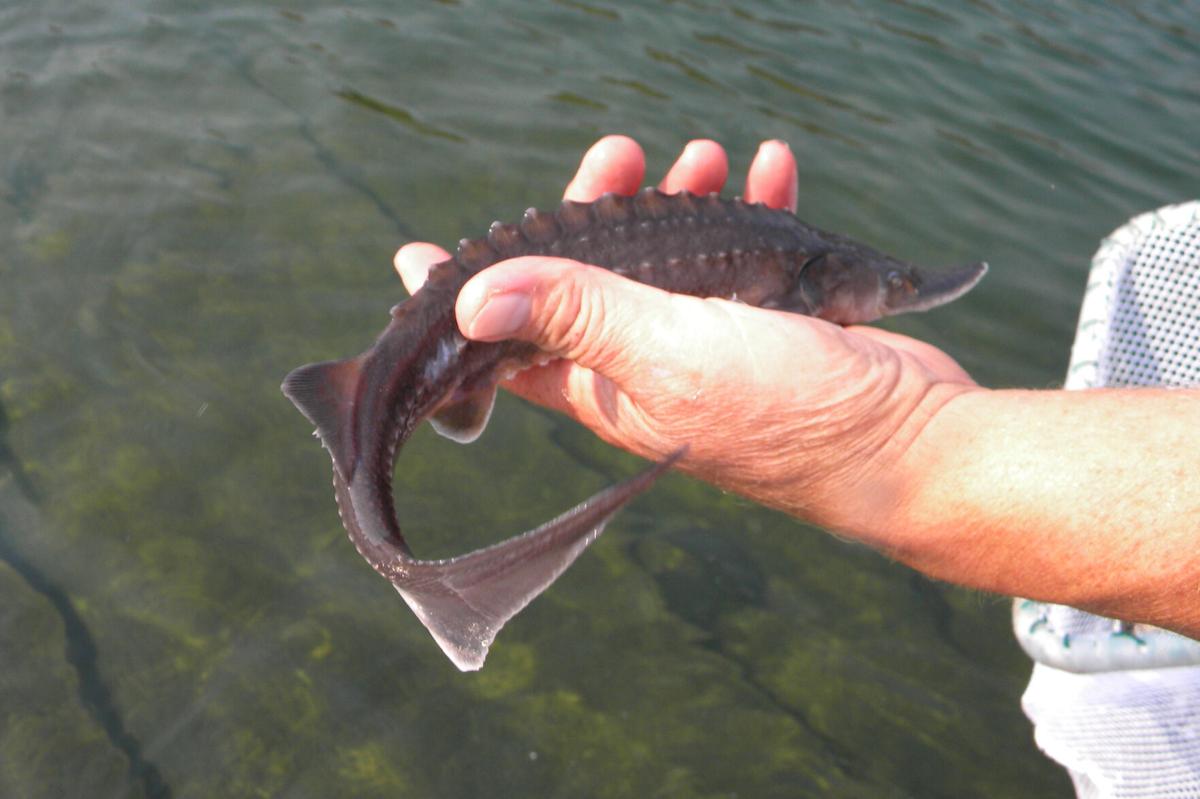 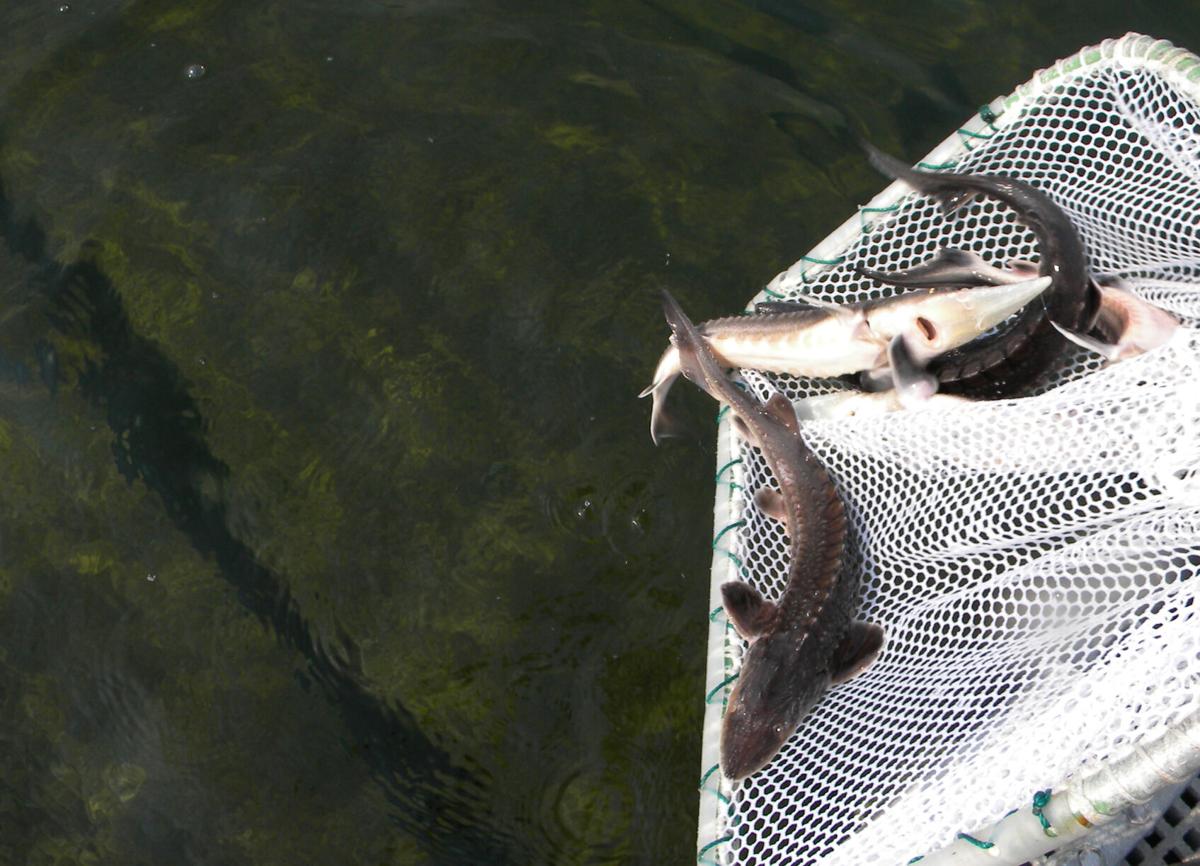 Fisheries staff are hopeful this trend will continue.

Prior to the sturgeon being released in the lake, fisheries staff measured and weighed and PIT tagged each fish.  They also removed a series of scutes to signify that the fish were reared in a hatchery.

“The tags allow us to evaluate the survival and growth rates of hatchery sturgeon, which will inform future stocking rates,” said Jason McLellan, research scientist for Colville Tribes’ Fish and Wildlife (CTFW).  “In addition, it allows us to evaluate entrainment rates, which is the proportion of the fish released that move downstream of Chief Joseph Dam out of Rufus Woods.  Entrained fish could be captured in ongoing standardized sturgeon stock assessment programs conducted in downstream reservoirs.”

McLellan says that the long-term goal would be to establish a population supported by hatchery supplementation that could provide a fishing opportunity for the Colville tribal membership.

“Sturgeon are slow growing and thus it will take several years to develop the program to the point where it could support some fishing and we do not have any dedicated funding for a program in Rufus Woods,” says McLellan.  “As such, we have been limited to opportunistically stocking hatchery sturgeon that were surplus to the needs of Wells or Lake Roosevelt programs.”

Jill Phillips, trout hatchery manager for CTFW, said they received 279 sturgeon on October 1, 2020 from the Wells Hatchery and those fish were approximately 9 grams each. “Later that month our hatchery received three smaller groups of fish ranging between 8-23 grams in size.”

Sturgeon programs in the Wells Reservoir and Lake Roosevelt are implemented cooperatively by the Colville Confederated Tribes, the Washington Department of Fish and Wildlife, Douglas County PUD, and the Spokane Tribe of Indians.