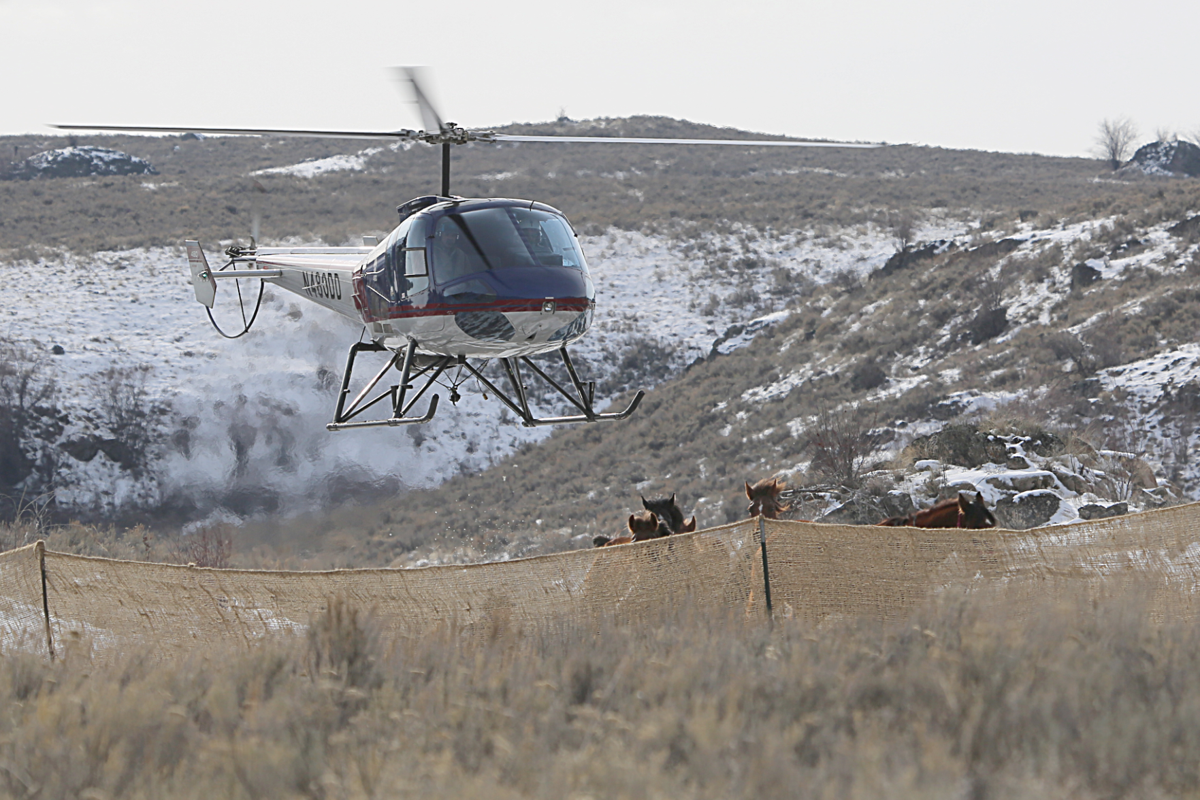 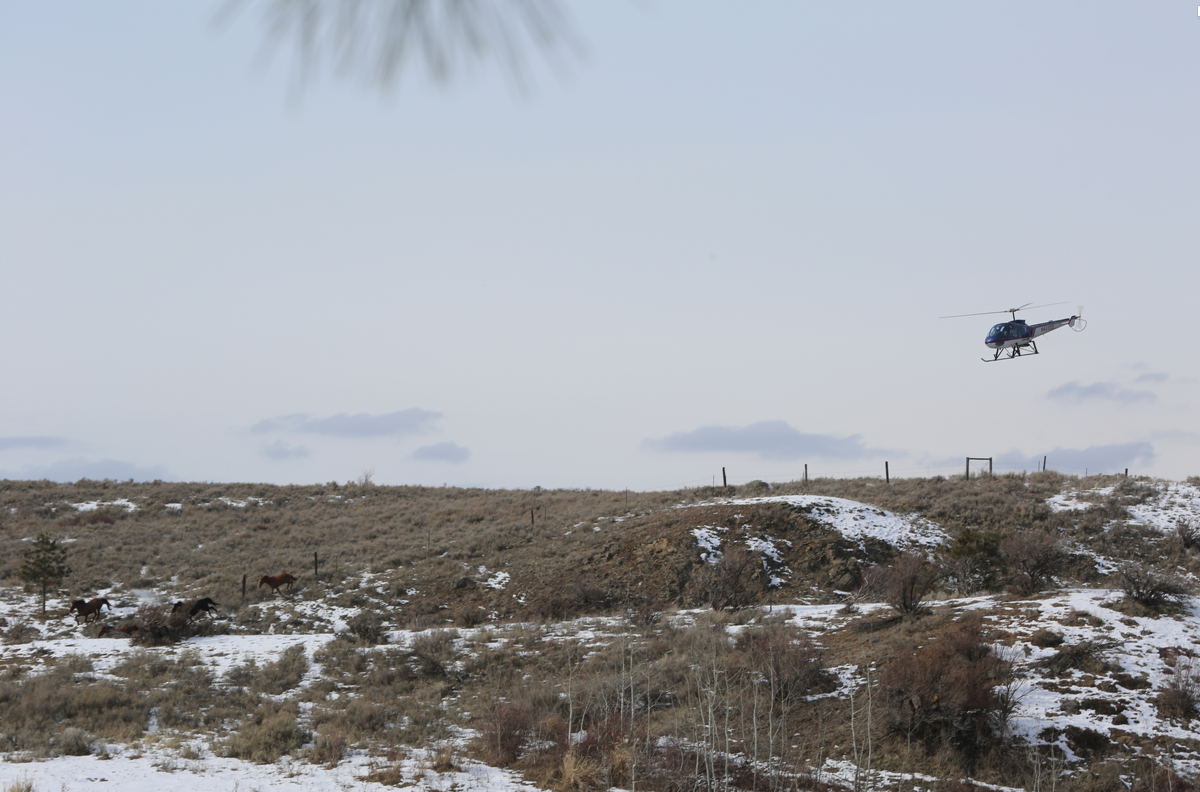 That contract is expected to the contract was expected run through March 31. Target areas listed in the contract include Omak’s Omak Lake and Coyote Creek area, Nespelem’s Buffalo Lake area and the Hellgate Game Reserve.

A press release from CBC, Jan. 31, notes the CBC also approved new Wild horse Chase and Capture regulations, including an increase in the reward to tribal members to $383 per horse captured.

The Council also approved a contract for aerial assisted capture of wild horses and tribal code revisions to allow the use of motorized vehicles in wild horse chase and capture.

In 2015, the tribes hired the same contractor to remove up to 1,000 horses from reservation lands. That contract resulted in the removal of just over 420 horses from range units near Nespelem’s Buffalo Lake.

Cawston further noted wild horses also compete for forage with big game animals such as deer and elk and for habitat occupied by sharp-tailed and other grouse species.

I think this elimination of the wild horses has been a dishonorable setup against the wild horses. People should learn to share the land and freedom with these wonderful presences. I do not believe all the lies that are told about them to justify their elimination. This is no true justification but only mires people deeper into a heavy Karmic Debt. I pray for the deliverance of the noble spirits from such meanness and false accusation! To a Higher Realm.