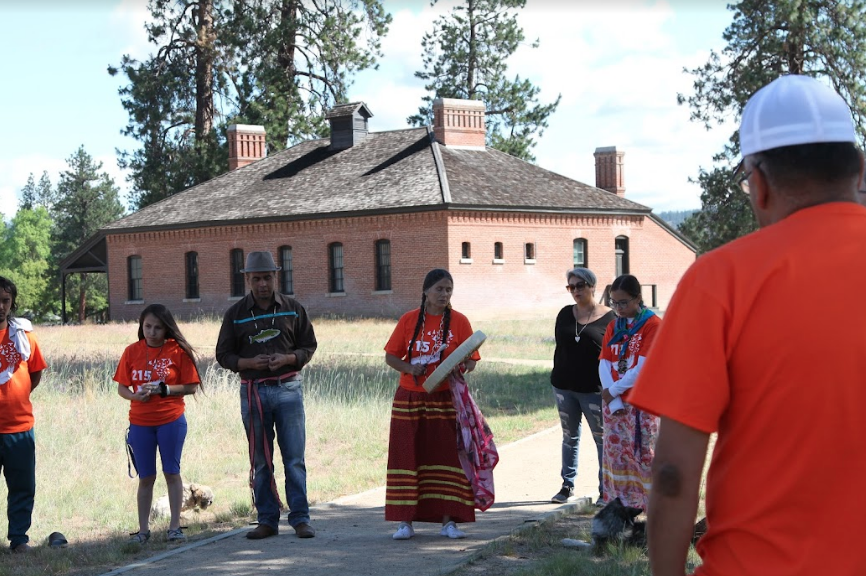 Colville tribal member Shelly Boyd, in the center with her hand drum, sings an honor song, June 15, for the paddlers outside the Fort Spokane guard house that once held tribal children who tried to escape the boarding school 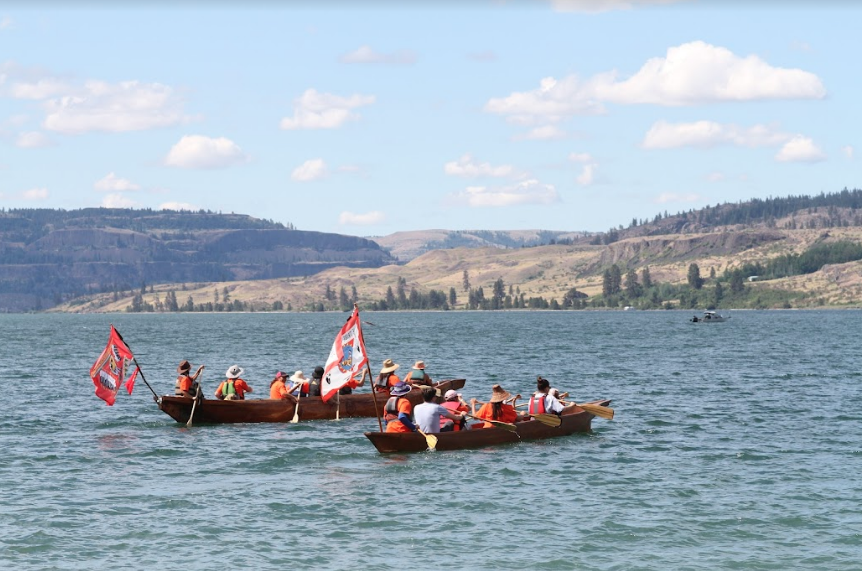 The Colville and Spokane tribal canoes 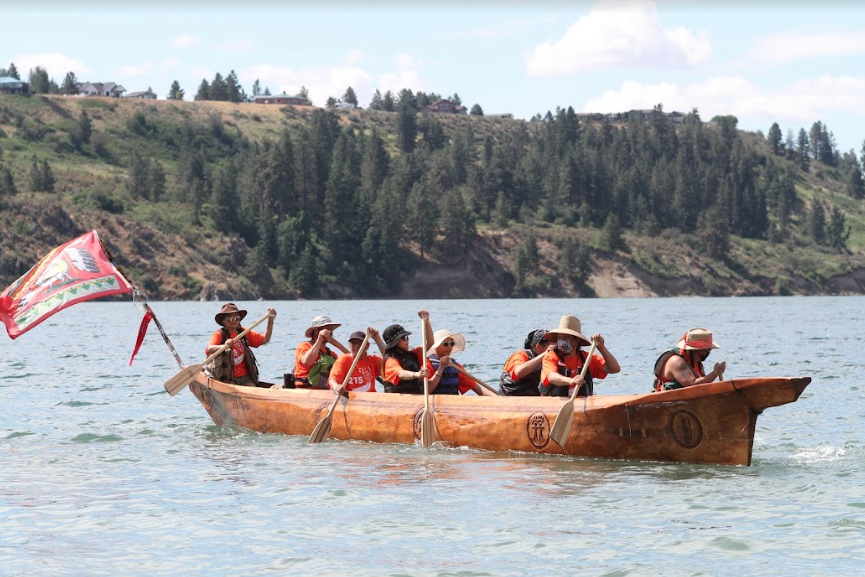 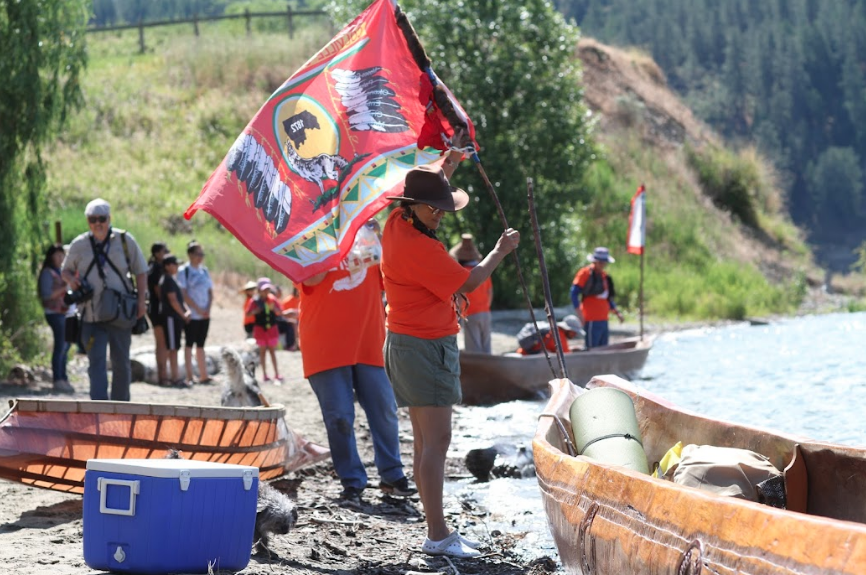 Colville tribal member Shelly Boyd, in the center with her hand drum, sings an honor song, June 15, for the paddlers outside the Fort Spokane guard house that once held tribal children who tried to escape the boarding school

The Colville and Spokane tribal canoes

FORT SPOKANE - At the start of the Spokane and Colville tribes’ annual canoe journey to Kettle Falls, which launched June 15 from Two Rivers, the group of paddlers and support staff went to Fort Spokane to say a prayer for the 215 children discovered in a grave at a Kamloops boarding school and to ask for all the children who were lost in boarding schools north and south of the border to be discovered.

“One of the things on many people’s mind - and on my mind too - is that every school needs to be looked at,” said Colville tribal member Shelly Boyd. “Every child needs to be acknowledge, every single child.”

The group of approximately 30 gathered outside the guard house at the National Park Service property, standing in a large circle as a family of tourists walked the interpretive trail.

“During the military fort days, that was where they threw the soldiers who were misbehaving or whatever they did,” explained Spokane tribal member Barry Moses, who worked at the site early in his teaching career for a summer job.“In the boarding school era, it took on a darker turn. They have two jail cells in there. They have one in there now set up as an exhibit and you can push the buttons and hear a recording of whatever. Then they have another jail cell that is off limits. It is always locked. You can peak through the window and see what’s in there."

As the cashier, Moses told the group, he had plenty of time to wander through the building and the property. “I was curious one day. I wanted to see what was in the locked jail cell and it was one of the more haunting experiences of my life. I went in there and etched in the walls were names of children."

"This was before cell phones and social media and Facebook. If it was happening now, I would have gone through and taken pictures of all of these names, but I recognized the names from the Colville Tribes and the Spokane Tribe... I found when children would try to escape from here ... they had somebody that was just their job to go and retrieve the kids who would escape. They would track them, go grab them, bring them back and put them in this jail cell. When you talk about the purpose of this school, it wasn’t to better the Indians or whatever they say. This was basically a concentration camp for kids.”

The group offered a prayer and songs for lost children and another song for the paddlers on the canoe journey as they set off on their five day journey to Kettle Falls.

Most years, Boyd explained the groups would come from their individual traditional territories, with the Colville’s canoeing down river from Sinixt territories in British Columbia, but with the U.S./Canadian border still closed due to COVID-19, the group joined the Spokane Tribal canoe as it moved upriver to Kettle Falls.

“The day we had the ceremony and celebration for the Sinixt case in Canada was the same day the news broke for the 215 children who were found in an unmarked grave in Kamloops,” said Boyd.

“A few days ago, more news came that they found in Manitoba another 105. The truth is just revealing itself everywhere.”

Justus Caudell writes In the Non-Diegetic. He grew up off-the-grid in Keller, but can now be reached at his office in Nespelem.