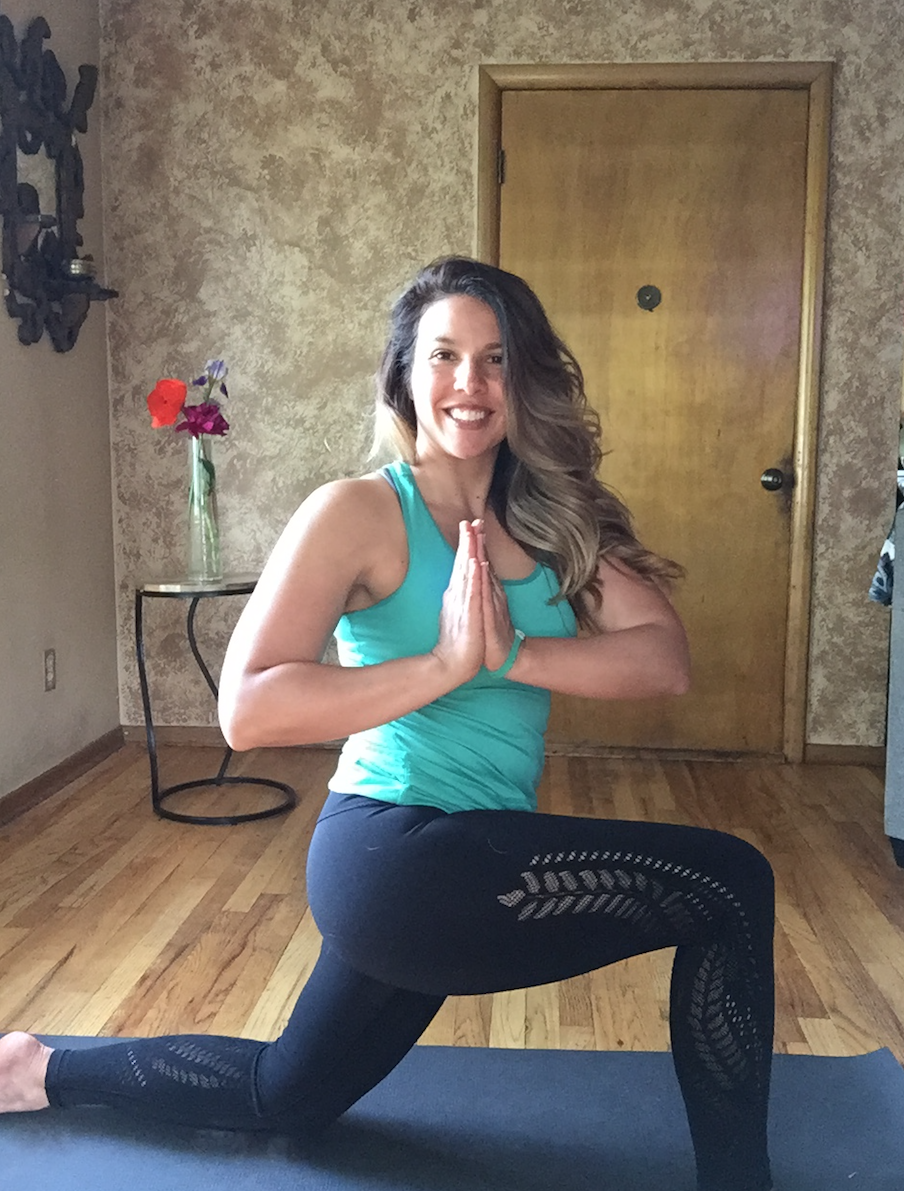 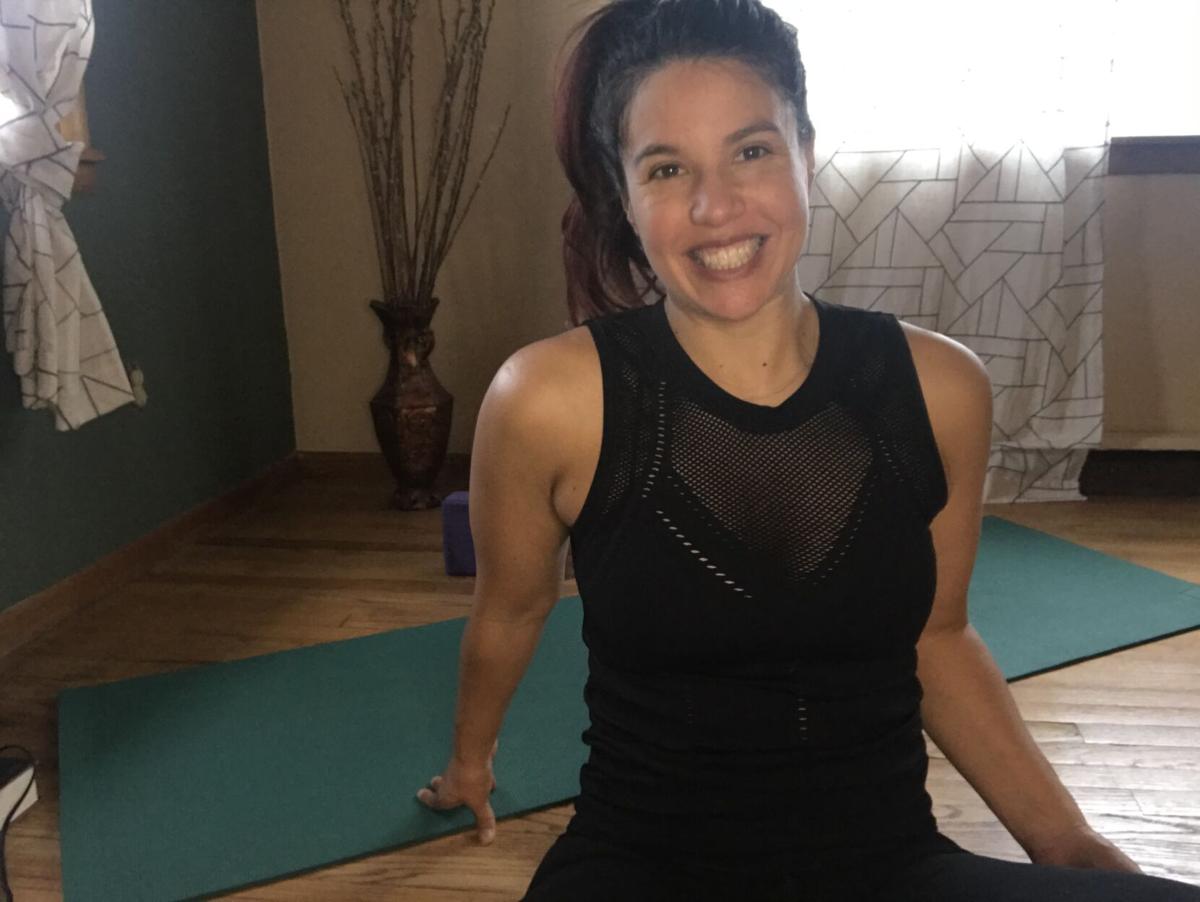 SPOKANE - Yoga is more than just a way to exercise or burn off calories for Colville tribal member April Ensminger. It’s a way of life and a passion.

Ensminger is a yoga instructor and personal fitness trainer at the Community colleges of Spokane.

She’s been teaching for the Community Colleges of Spokane for the past seven years and is also a private yoga instructor.

“I’ve been teaching for about 15 years all together before I was at the colleges,” she said. “I was teaching at lots of different yoga studios, and I’ve even traveled across the United States and taught to different groups of people.”

And up until March 2020, everything was for the most part going smoothly. That is until the COVID-19 engulfed the entire planet in a worldwide pandemic, the likes not seen since the 1918-1920 Spanish Influenza pandemic.

“The virus shut down everything,” Ensminger said.

The winter quarter was coming to an end at both Spokane college campuses when the United States started to shut down in mid-March of 2020.

“When COVID-19 happened, we had to end winter quarter early, and we cancelled the last few weeks of class,” she said.

Schools began to shut down. Businesses closed, some for good. Millions of jobs were lost and countless lives continue to be lost daily.

In the following weeks, Ensminger was dealt with quite the challenge and was forced to scrap her normal way of doing things.

She had to put the actual yoga experience of an “in classroom, in-person setting” to a completely virtual setting and online experience.

“We had to pivot and go fully online for the colleges. So I had to learn within two weeks how to use a whole new computer system,” said Ensminger. “I had to record all my videos at my house and learn how to edit them and upload them and also create all the course content to go with the class.”

Ensminger expressed that if it wasn’t for the IT department at SCC, the whole process would have been very difficult.

“To say the least, the only way I got through it was with the support of the IT department at our college,” she said. “They did an amazing job of helping us instructors learn how to go online and how to do it well. That whole two weeks leading up to that spring quarter, they offered classes on how to build your class online, and how to make it really good.”

Over a year later now Ensminger reflects on how hectic and uncertain things were back then.

“Last year at this time I was literally like stressing out hardcore,” she said.

Despite the times being tough Ensminger would persist.

She kept at it and pushed through, in the process she managed to create something very special with her online yoga class.

Currently, Ensminger is back on campus at SCC and is back to in-person learning, but the online course was so successful the school decided to continue to offer it: “So all of this year I’ve also offered online yoga, which has been honestly really really popular. That class fills up fast before all my other ones.”

Being able to offer an online version of her yoga class is very rewarding and is also a great option for those that want to learn yoga but want to learn from afar.

“I love it because it reaches out to so many more people, anybody can take my online class remotely if you’re a student at SCC, so that makes me happy. I like that,” she said laughing. “Its also really satisfying to know that I can offer something like that to people who aren’t comfortable with coming on campus yet and who need to stay home or who want to stay home to do their coursework.”

Before the pandemic, Ensminger worked to get the word out about her yoga class with subtle tactics.

“I don’t let my students store their yoga mats in the gym,” she said. “So they have to walk around campus with their yoga mats and I actually kind of do that on purpose because people will ask them, ‘Oh, you take yoga?’ And they’ll be like, ‘Yeah,’ and then they talk about my class and the benefits of it and they basically sell my class for me.”

At just the colleges Ensminger has taught hundreds and hundreds of students from many different backgrounds in her tenure.

“I have a lot of student athletes who come and take my yoga classes at the colleges because their coaches will recommend for them to come do some yoga to get more mobility in their bodies,” she said. “I have a lot of native students. It’s really cool”

Ensminger also uses her gift to help those who have sacrificed and fought for this country.

“I had a student who lost a limb during active duty,” Ensminger said. “He came to me before class started and was like, ‘April, I really want to try your class.’ He had been taking a class nearby where they gym was and he saw people come in and out for yoga everyday. He’s a really athletic guy and he’s going to do the Para-Olympics so he’s like an athlete in competition and does all these different things.”

Probably the most rewarding part was after he had taken the final just this past March, and what he expressed to the Colville yoga instructor.

“He told me after he took the final that his trainers had said that they had really noticed a difference in how well he can move his body and how much better his range of motion is. He was super excited and happy.”

When asked what that’s like having that kind of impact in someone’s life?

“It’s really fulfilling,” Ensminger said. “We live in crazy times, there’s a lot of fear and doubt and we don’t know what the future looks like. So I think on physical level, it gives people confidence in their bodies and makes them feel strong and capable.”

Every yoga instructor throughout the country has a different style and approach, for Ensminger it’s no different.

“We don’t really focus purely on just the physical part, in my classes we learn the history of yoga, the philosophy of yoga. We do a lot of meditation,” said Ensminger who recalls that wasn’t the situation in her first years as an instructor.

Ensminger is also a fan of breaking down the misconceptions with yoga that might be floating around out there.

“I think a lot of people think, ‘Oh doing yoga is just like putting your leg behind your head or being able to stand on one foot,’ but there is a lot more too it. Mentally there’s a whole mind/body spirit connection in yoga,” said Ensminger.

It’s also an activity that people of any age can do.

“As long as you can breath you can do yoga, that’s what I like to say,” said Ensminger who believes that it’s great for a variety of things. “I think for a lot of people yoga is an entry way for them to get physically fit. A lot of people are scared to go to the gym, I think with yoga, they feel like its more accessible.

She’s had past students who’ve expressed their desire and passion in taking the class.

“I have students who will take my class five times in row and they’ll take it as many quarters as they can take because it helps them so much as students,” said Ensminger. “They tell me, it helps them with their stress levels. It helps them to just feel better in their bodies. Yoga is really low impact. It’s not like your doing some hardcore workout. People are going through so much right now, with COVID-19 and being isolated, I think that it’s a very freeing experience, to be able to do something with your body and enjoy it.”