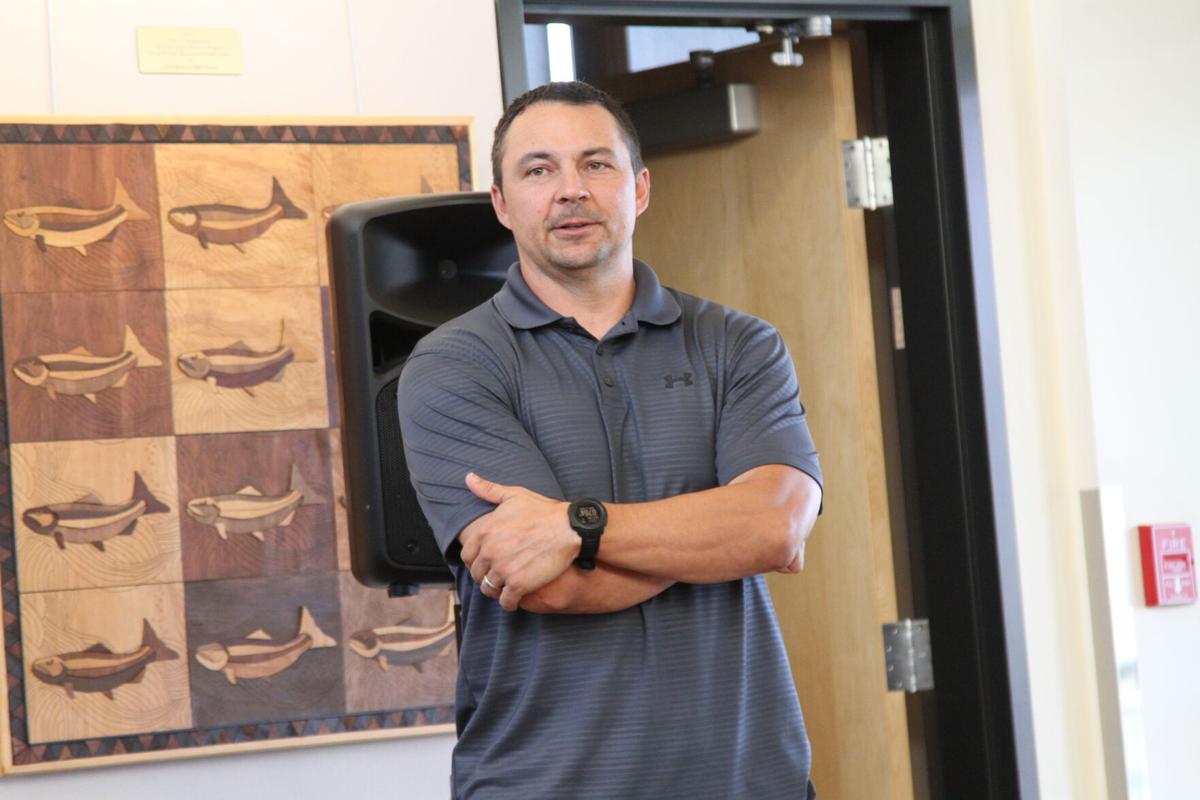 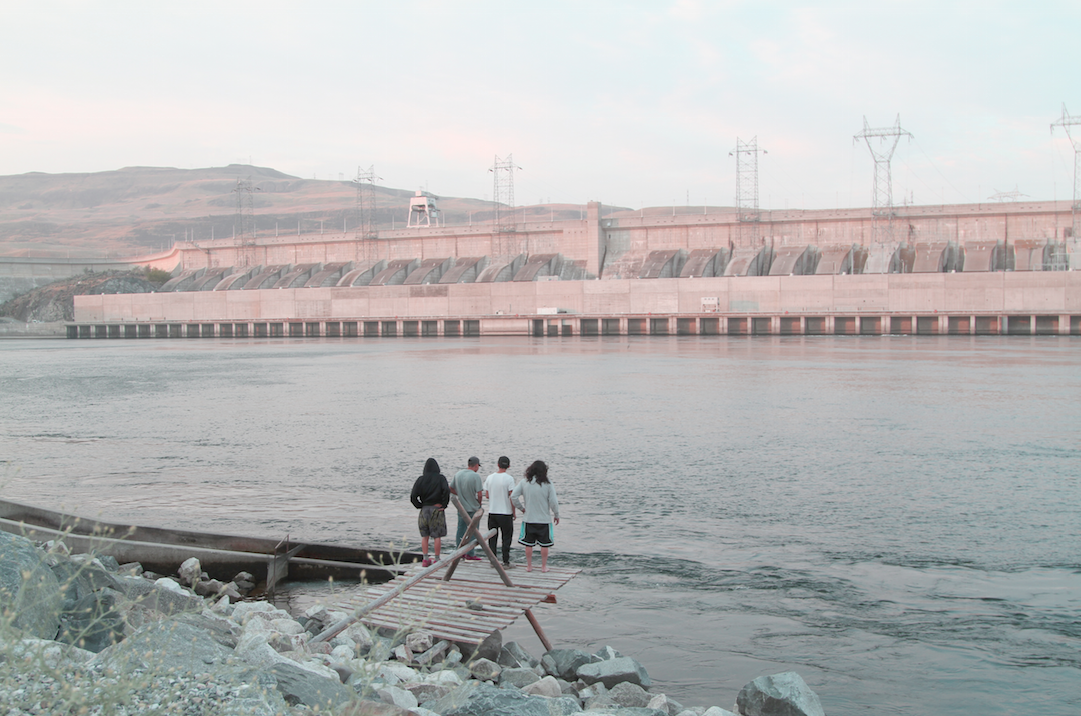 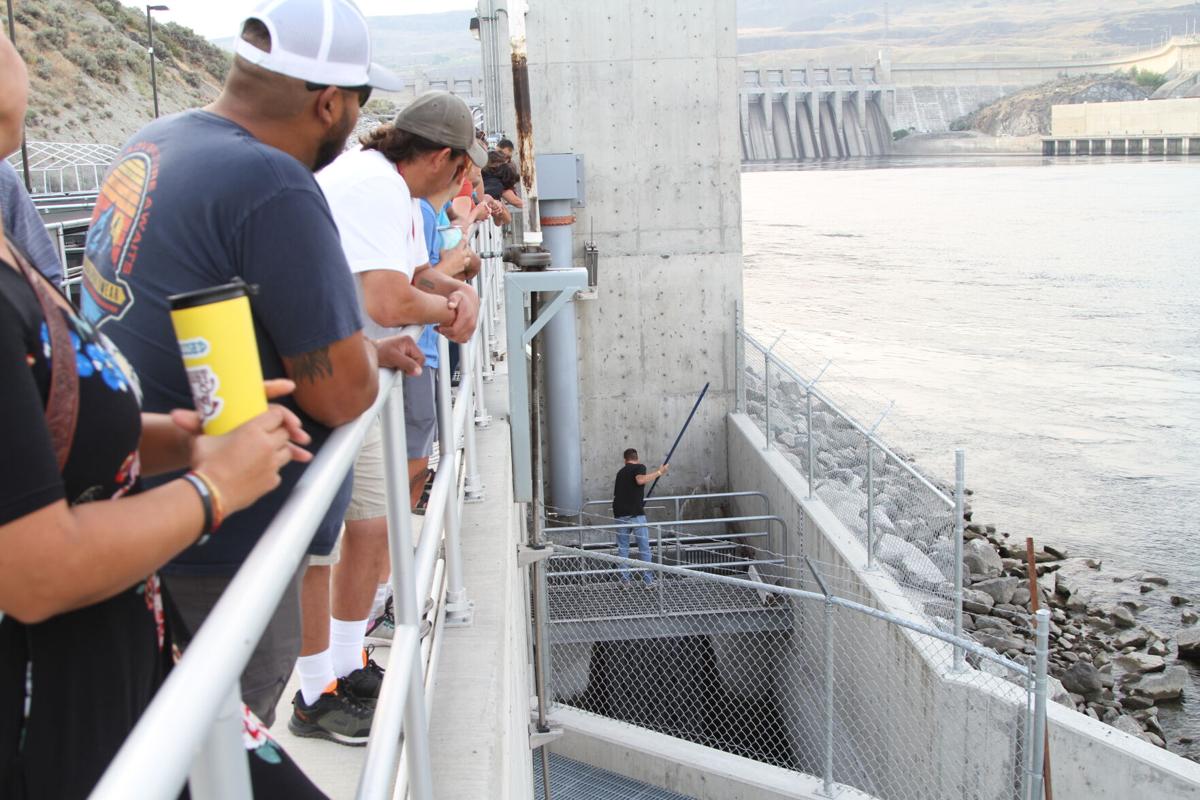 BRIDGEPORT - With the sun peeking over the eastern Washington Plateau - and the morning light reflecting off the Columbia River – nearly 20 people gathered together at 6 a.m., July 1, at the Colville Tribes’ Chief Joseph Hatchery to celebrate the Colville Tribes’ 2021 First Salmon Ceremony, honoring the incoming migration of the salmon and opening the 2021 Chief Joseph Dam Tailrace Fishery.

To date, the hatchery has released nearly 2.5 million chinook, including 2,293,453 summer chinook and 206,406 spring chinook into the Columbia River.

“We’re getting close to that, working on our last limitation - which is a last cold water source – with the Army Corps of Engineers. We hope to have that done, the permitting process, within the year, so we can get to that target of 2.9 million fish.”

Baldwin further noted the return to Chief Joseph Dam was approximately 250 fish, preventing a spring Chinook fishery at the site, but returns to Icicle Creek were good, which allowed for an opening of the Icicle fishery for the Colville Tribes and allowed the hatchery to collect their needed broodstock from the Leavenworth National Fish Hatchery.

Likewise, the preseason forecast for summer chinook was 77,000, or about 80 percent of the 10-year average.

“That’s pretty good, considering how bad things have been for steelhead and spring chinook lately,” said Baldwin. “We’re pretty happy when that forecast came out. Last year, the actual return was about 65,000.”

The Colville allocation is 5,894 summer chinook, and Baldwin stated he anticipated the fishery to be better than previous years as warmer water in the streams would hold the chinook in the Columbia River.

They kept following the coolest water upstream, and they ended up here. Really warm water can be really good for fishing, but not so good for fish.”

In 2015 as well sockeye die off was reported in high numbers.

This year, the sockeye preseason forecast was 70 percent of the 10 year average, showing 155,000 sockeye returning to the Columbia River and 127,000 forecasted to return to the Okanogan River.

“River temperatures have a larger effect on sockeye,” said Baldwin. “In 2015, we lost a lot of sockeye. That was another warm year. This begs the question about the river temperature and what that will do to this run.”

“We are within a degree or so of what we had in 2015,” said Baldwin. “What does that mean for sockeye that are on the way? It is hard to say exactly ... We can say with some confidence the 43,000 that passed McNary Dam (as of June 30) are probably okay in terms of their thermal experience through the lower Columbia. That’s good news. The others are experiencing high temperatures. It’s not as bad as 2015, but it’s not good. If the water temperatures keep going up the later runs will probably have a hard go of it.”