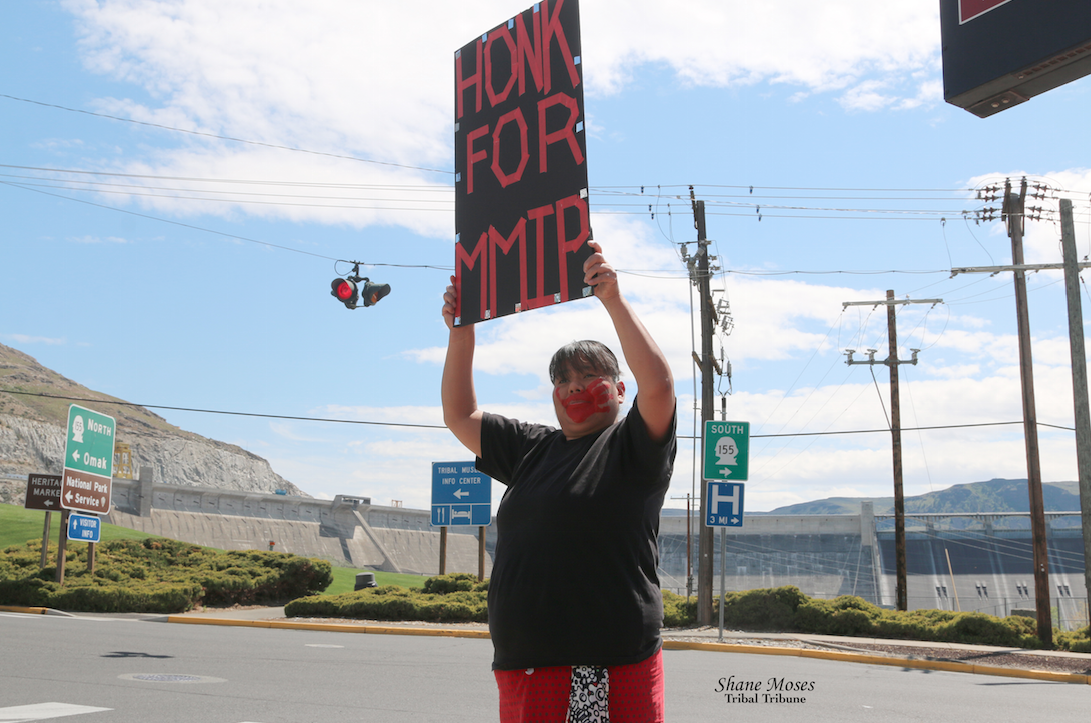 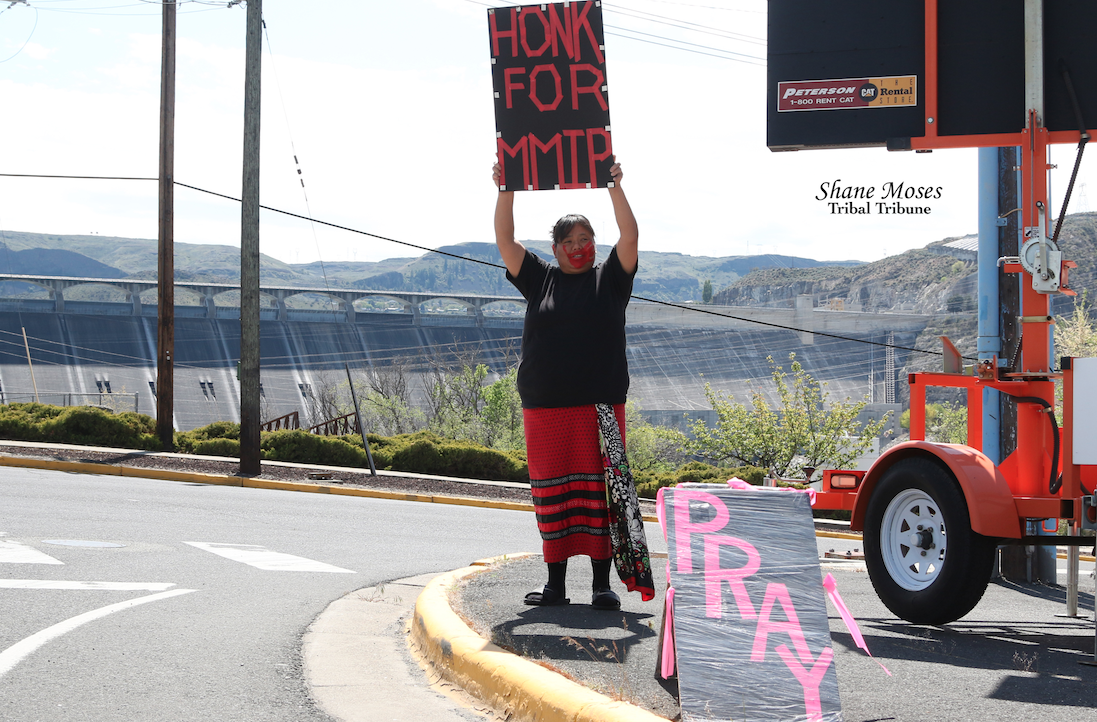 COULEE DAM – As dozens of cars and trucks drove by, most honked, a handful didn’t.

Despite everything going on in the world right now, Deanna James still made it a point to keep doing her part in bringing more awareness to Missing and Murdered Indigenous Women.

With a red handprint over her mouth, wearing a red dress with black dots and back stripes, James held a sign that said, “HONK FOR MMIP.”

“The reason I try to do this is it raises awareness,” she said. “It’s for my daughter Daisy. She is my only daughter.”

In one of the busier spots as far as traffic goes, James stood off the road, near the edge of the parking lot at the Galaxy Smoke Shop in Coulee Dam on May 5 around noon.

Since 2017, May 5 has been recognized as the National Day of Awareness for Missing and Murdered Native Women and Girls.

“I’m interested in seeing the responses I’ll get because we have a mixture of people that are native and non-native,” said James.

In the 45 minutes that James had been at her spot, for the most part, more people seemed to give and show their support for MMIW.

James counted, tallying numbers on her phone: “Thirty-three in support, and 13 no honks,” said James.

For the 13 no-honks, James had expressed that it could be a number of reasons.

“It could be that they just don’t know or care,” she said “Or just not aware.”

However, for every time that James would get a honk, it would almost instantly warm her heart.

“It feels good knowing that people actually care,” she said. “Here on the reservation you get a lot of that.”

James worries for the safety of her six-year-old daughter, Daisy.

“Just the thought of her safety, playing in our yard, being out in general, walking with her friends, in our day-and-age it’s not even safe to do that,” says James. “Everybody knew everybody back in the day, but now it just seems you can't trust a lot of people.”

With the outbreak of the coronavirus making headlines all over the world, other issues and topics might not be brought up or discussed to the extent that they maybe should.

“It’s a topic that a lot of people don’t talk about,” said James.