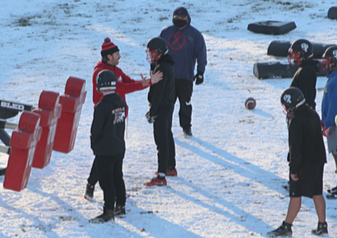 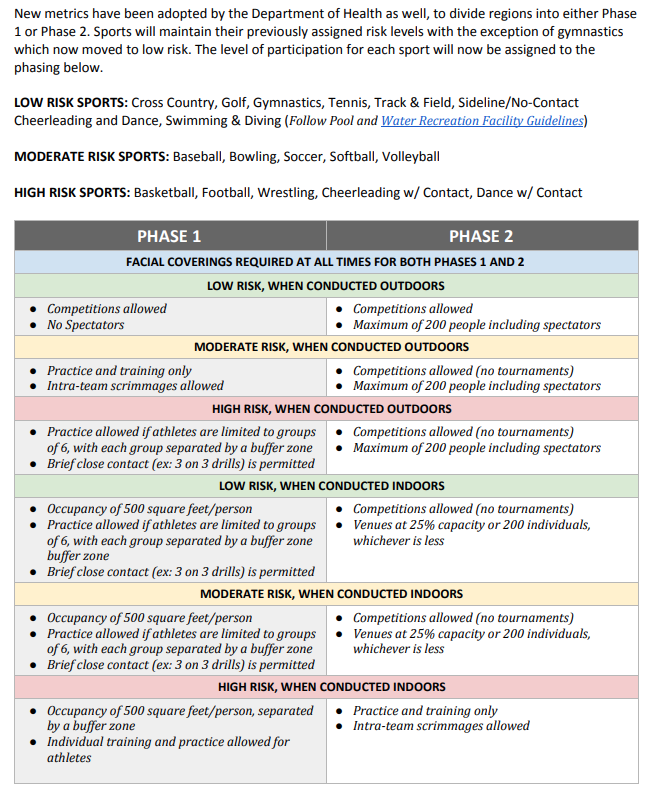 For the time being, high school sports are back on, however, that could all change.

If COVID-19 numbers continue to stay on the current pace, senior athletes will get a chance to salvage a small part of their final year in high school athletics

The Washington State Interscholastic Athletic Association recently updated their guidelines on several changes along with the Governor’s office.

“A lot changed when Governor Inslee announced that our region will move to Phase 2 on Monday (Feb. 8th),” said Kevin Daling, Athletic Director for Okanogan High School. “That means for at least the next two weeks we’ll be able to practice with restrictions, and we will be able to take part in our first schedule fall events on Feb. 27.”

But, if COVID-19 numbers spike upwards in the upcoming days and weeks, that could change the outcome and bring sports and everything else to a halt.

“That’s not just for sports,” says Joe Lagrou, Athletic Director for Omak High School. “That’s for everything, like restaurants and everything else to open up, so we got to be careful.”

As middle and high schools begin the process for competing again, certain guidelines must be met by the state.

Every two weeks, the Washington State Health Department checks in with each region in the state to gauge and review their COVID-19 numbers.  They then determine whether or not that particular region will stay in Phase 2 or move down to Phase 1 or even move up to Phase 3.

Both Okanogan and Omak high schools fall into North Central region, along with other middle and high schools located in Okanogan, Chelan, Douglas and Grant Counties.

Certain schools across the state have already taken the field for their first days of practice.

The Omak high school football team was allowed to get back out on the football field for the first time in over a year, Feb. 16.

Just like old times, the Pioneers broke down into three groups as players were well layered for the February weather.

“We’ve plowed the field so they can practice,” said Lagrou. “Everything’s starting up as long as were in Phase 2.”

Schools will compete against other schools in their region for this year and next year according to Lagrou, who’s had his share of schedule changes.

“I’m on my third set of schedules for this year,” Lagrou said, laughing.  “Its just like the old teaching phrase, you monitor and adjust.”

Most athletic directors across the state are facing similar challenges.

“There’s been a great deal of planning and re-planning,” Daling says. “ADs across the state have put together multiple schedules and planned to have practice periods, or seasons, and then had to completely start over when the COVID regulations would change.”

The first of three sports seasons has commenced, as season 1 (Football, girls soccer, cross country and volleyball) will be the first group of sports brought back.

Along with the Pioneers football staring Feb. 16, volleyball, cross-country and girls soccer will start practice on Feb. 22.

“I think one of the main things is you just want to try to provide hope for the kids and make it special for them,” says Lagrou.