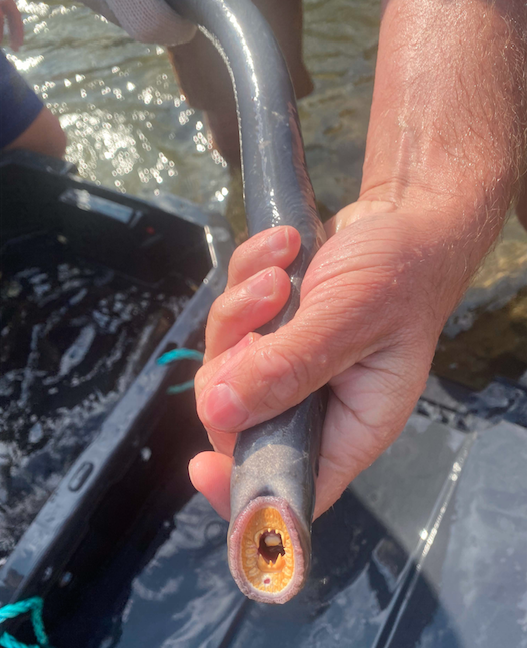 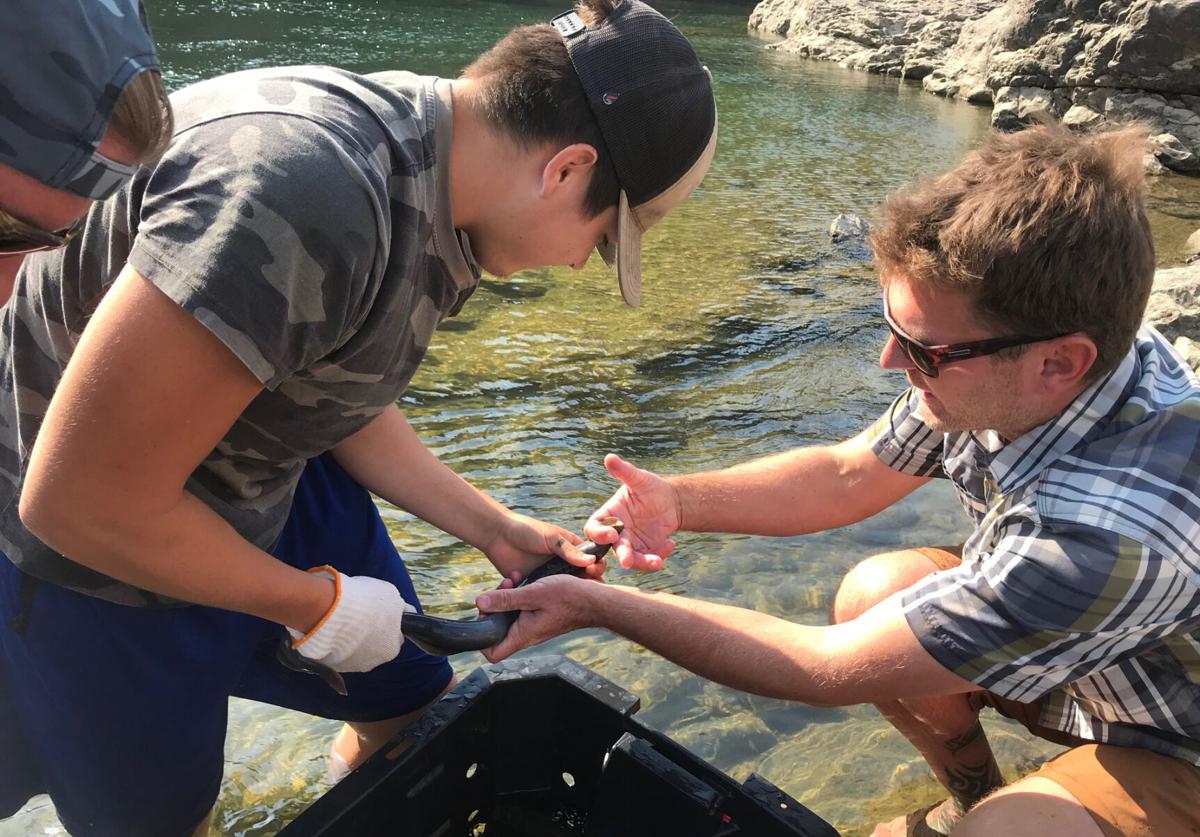 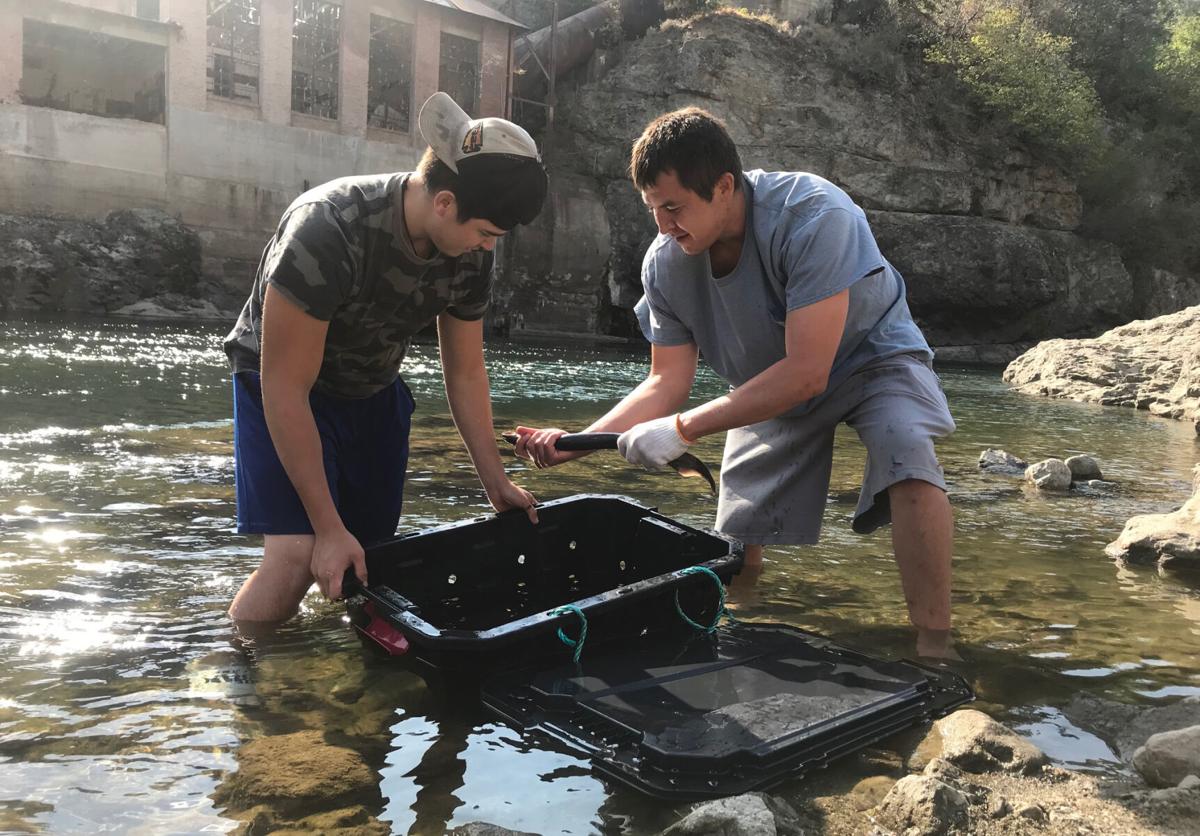 Nespelem, Wash. September 22, 2021 – In the last few weeks, a total of 116 adult Pacific lamprey were released in Omak Creek, Salmon Creek, Loup Loup Creek and in the Similkameen River.

Douglas County PUD’s fisheries staff trapped the lamprey at Priest Rapids Dam and PIT tagged them at the Wells Hatchery.

“Data from PIT tags allows us to better understand if lamprey are surviving the winter and how they travel through the watershed after they are released,” said Matt Young, fish biologist for CTFW.  “Biologists then use that information to alter release locations to ensure the translocated lamprey have the best chance to spawn successfully. There are over a dozen PIT tag antennas functioning throughout the Okanogan.”

According to Young, Pacific lamprey were presumed to be extirpated from the Okanogan River Basin before translocation efforts began in 2017.

“We have translocated 583 adult lamprey since then and as a result of the translocation efforts, larval lamprey have begun to reestablish populations in all the release locations,” he said. “Successful rearing of larval lamprey in a stream is a critical milestone for rebuilding a viable Pacific lamprey population.  Unlike salmon that return to their natal stream to spawn, adult Pacific lamprey locate spawning streams by following pheromones released by larval lamprey.”

Adult lamprey translocation work is being funded through a grant from the U.S. Fish and Wildlife Service’s Pacific Lamprey Regional Implementation Plan.

Larval lamprey are filter feeders that burrow into fine sediment and can live in our local tributaries for 3 to 9 years. They feed primarily on algae. They are one of the oldest fish in the world appearing in fossil records about 450 million years ago. After the larval stage, lamprey go through a metamorphosis into a juvenile phase. This occurs gradually over several months as developmental changes occur.

These changes include the appearance of eyes and teeth. At this point, the juvenile lamprey enter the water column and move downstream as they migrate to the ocean where they mature into adults and begin their parasitic life stage in the Pacific Ocean.

Most Pacific lamprey will spend 1 to 3 years in the ocean before they swim back up the Columbia River, following pheromones released by larval lamprey, to spawn. Similar to salmon, adult Pacific lamprey die soon after spawning is complete.