You have permission to edit this article.
Edit
News
Sports
Opinion
Social Media
Advertising Opportunities
1 of 4 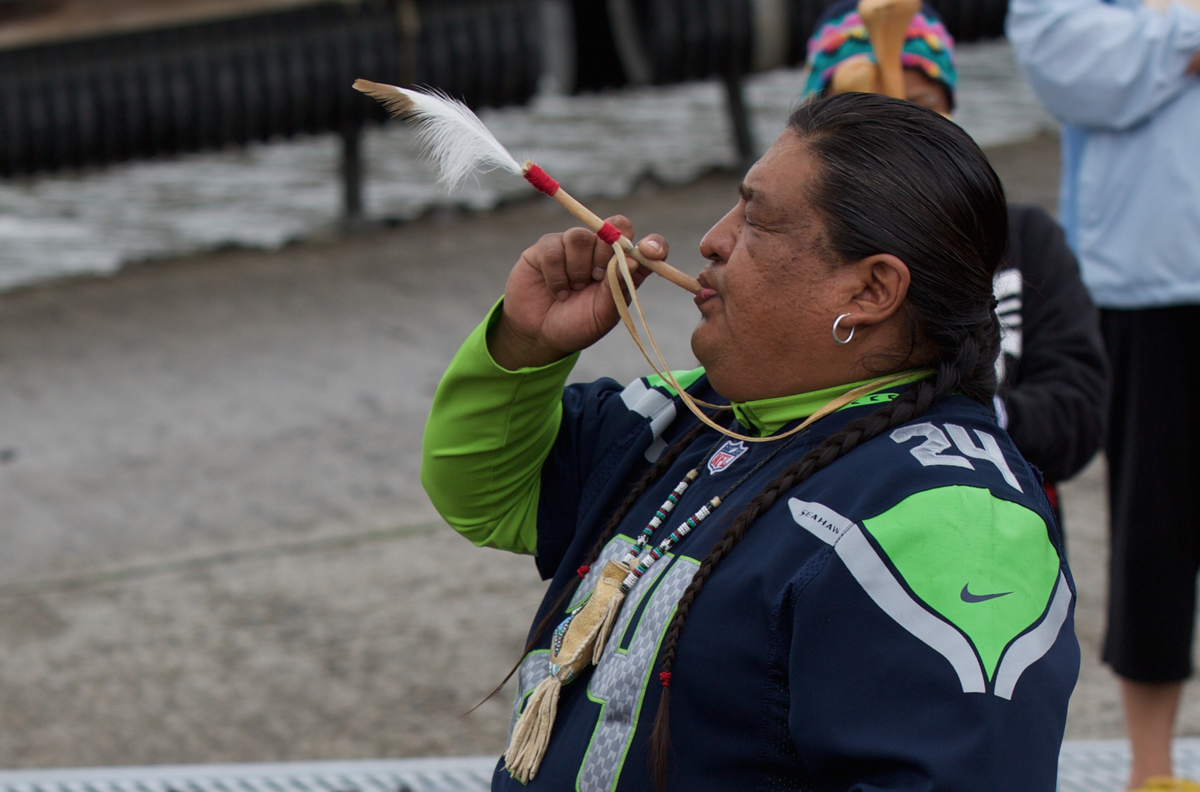 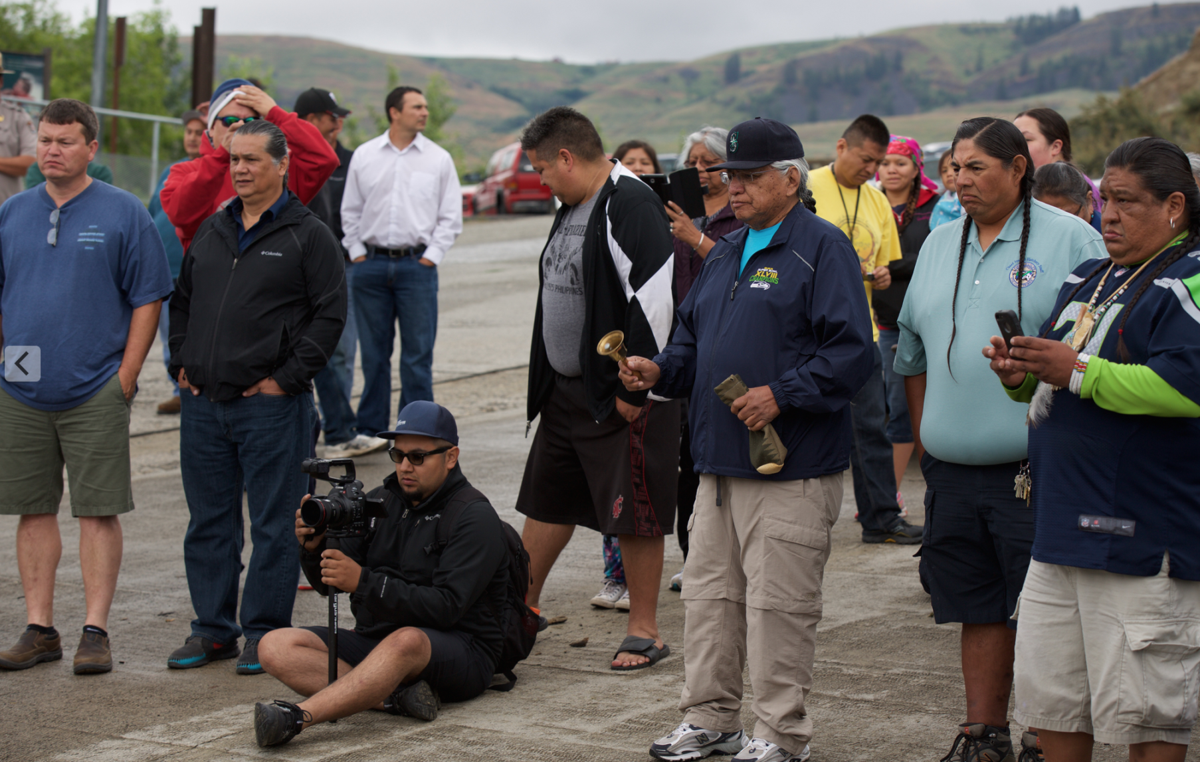 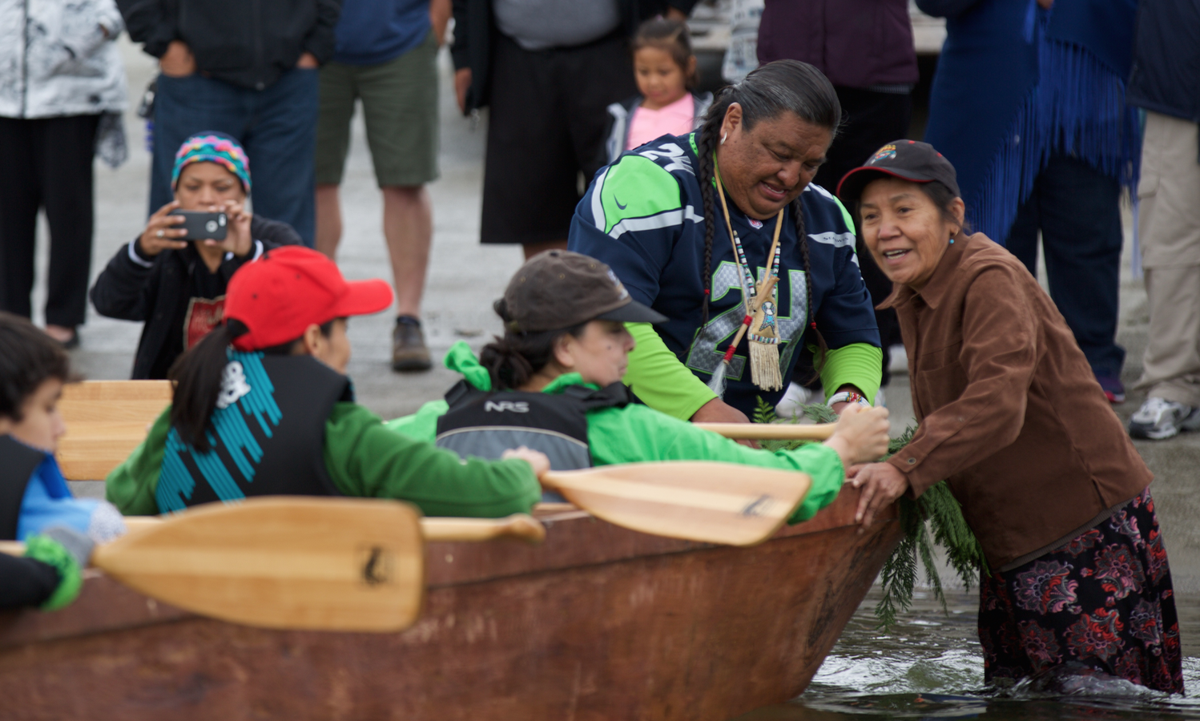 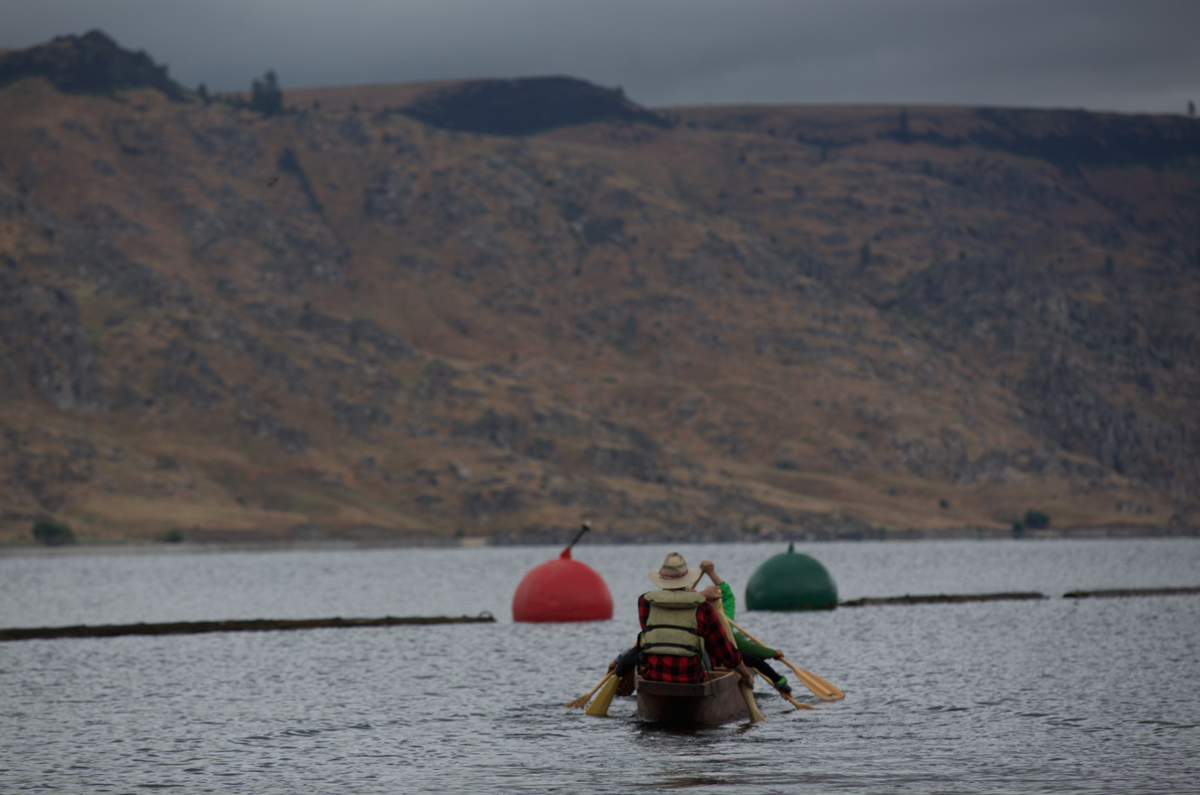 GRAND COULEE—Dan Nanamkin stood at the Spring Canyon boat launch in a Seattle Seahawks jersey, with an eagle bone whistle around his neck. Before pinching his lips on the small aerophone, he offered a song to paddlers set to begin a historic canoe journey to Kettle Falls, the site of an ancient fishery now submerged under the Columbia River.

"This song represents courage," he told the crowd of tribal leaders, tribal members, media and spectators.

The whistle gave off a high pitch, peep-peep-peep, "to let our ancestors know we're coming on this river and we're awaking the spirits of our ancestors to watch over the paddlers, elders, boats, everyone on this river," Nanamkin said. It will meet with six other canoes from different Tribes—including the Kalispel, Coeur d'Alene, Kootenai and Spokane—for a salmon ceremony June 17.

The Nespelem canoe features coyote tracks and salmon jumping, representing a traditional story by the late Colville elder Martin Louie, Nanamkin explained. "Coyote brought salmon to the people, and that's why that artwork's on there." The Colvilles lost their salmon after the construction of the Grand Coulee Dam.

Tribal councilman Andy Joseph Jr. was a part of the Nespelem canoe, noting they have seen bighorn sheep, elk, eagles and friendly ducks along the way. The canoe met with the Spokanes and Coeur d'Alenes at Two Rivers marina. "We pray that this will bring a healing to our people and the Toomhoolla (Mother Earth) and all she shares with us: the animals, foods and the water."

To the northeast, in Inchelium, another canoe, which launches June 16, represents pictographs and the nselxcin spelling of sinixt, or Arrow Lakes, a band in the Colville Confederated Tribes. A paddle completed by Brian Seymour memorializes Virgil Seymour, a tribal leader and activist for the Arrow Lakes in British Columbia who passed away Sunday.

Providing force for the canoes to travel upriver are tribal elders, tribal youth, community and tribal leaders, tribal descendants and—in general—friends of the Tribe. Angus Graeme, president of Selkirk College in Castlegar, British Columbia, is paddling with a canoe departing from aboriginal Arrow Lakes territory. Jack Ferguson, a councilman from Keller, and Dina Gilio-Whitaker, a tribal descendant and columnist for Indian Country Today Media Network, are part of the pick up crew. Documentarians Ben Dupris and Derrick LaMere have been filming the events.

Tribal elder Albert Andrews provided a closing prayer to the journey in nimiipuu, one of the three living dialects of the Colville Confederated Tribes. "This is a significant occasion. Like a reenactment of what once was. You retrace the steps of those who have gone before you. Remember the times in your heart. Remember the times in your mind. This day, when you retrace the steps of your ancestry, and bring back a memory once planted long ago."