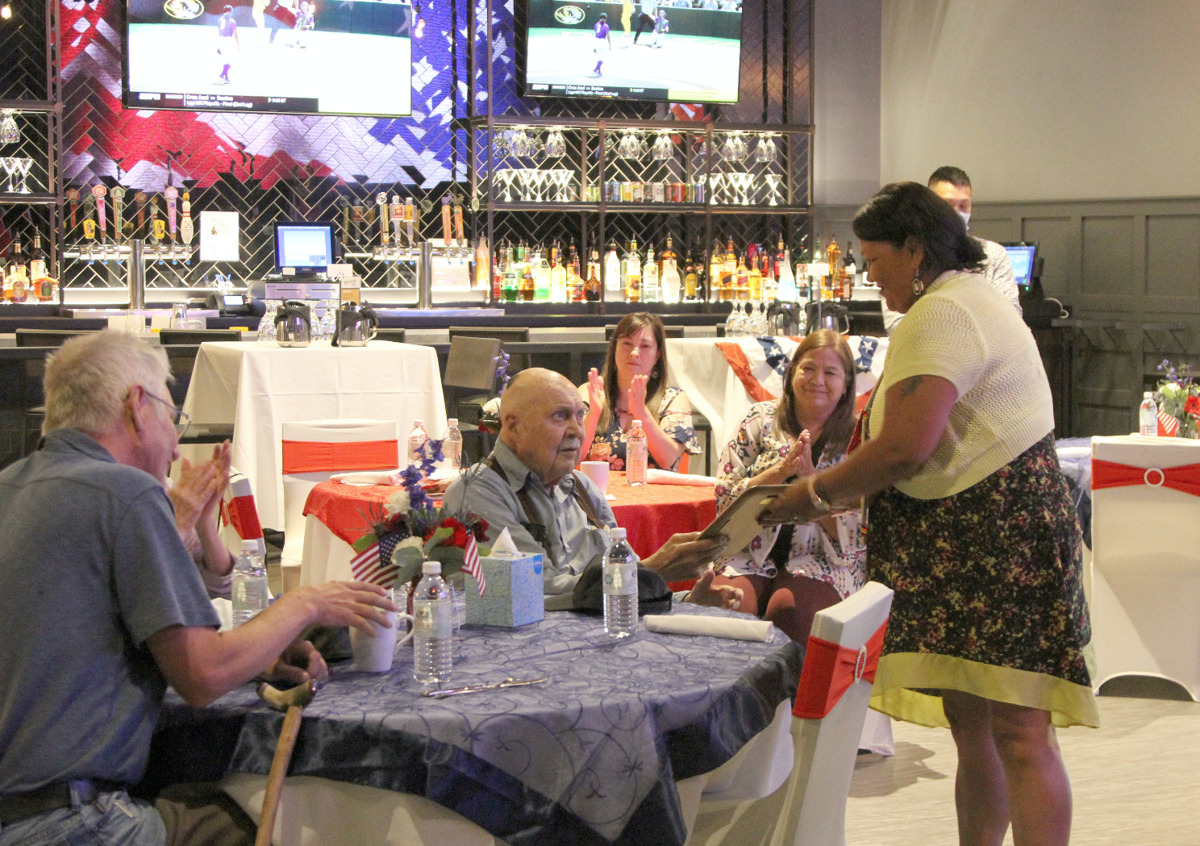 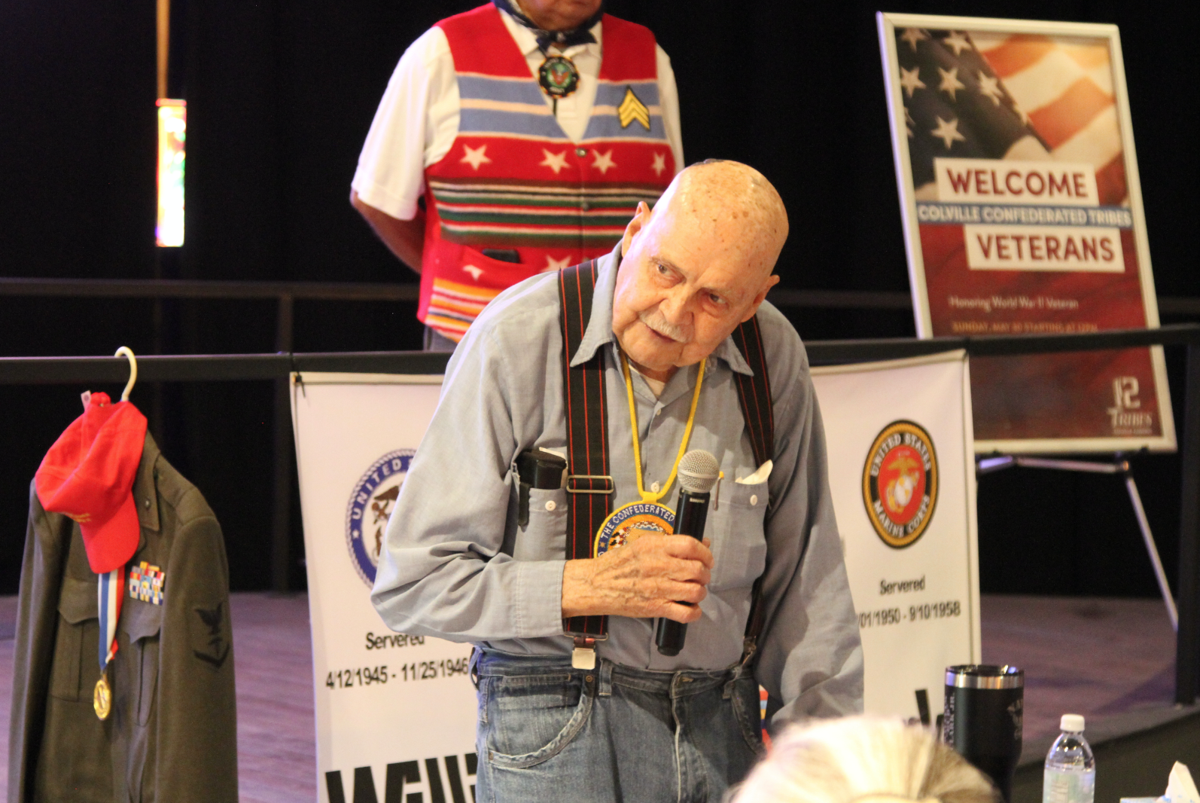 The Colville Tribes, led in effort by the Colville Tribal Veterans Program and program manager Vincent McDonald, honored the 94 year old veteran who served in both the U.S. Navy and U.S. Marine Corps in WWII and the Korean War respectively, May 30.

Clark, who has lived in Tacoma since his time in the military, was born in Yakima and grew up in Kewa, the small community south of Inchelium. He enlisted in the Navy on April 12, 1945, four months before the U.S. dropped an atomic bomb on the Japanese city of Hiroshima and five months before Japan formally surrendered, drawing an end to WWII.

Following WWII, Clark reenlisted in the Marine Corps and served from Aug. 1, 1950 through the Korean War, which ended July of 1953.

“It is amazing what happened back then, in the fear that we weren’t going to be able to keep the war off the U.S. territory, off our country,” said CBC Chair Rodney Cawston. “I think about things like that, that war didn’t touch our country because of the efforts of our veterans during that time. I think about how there was such a high percentage of native people there that were fighting in the war. Many of them didn’t make it home. My mother’s brother didn’t make it back. He was in World War II and he died in France. She even talks about those times and how they were so fearful about hearing about their loved ones … We don’t think about those things today. I remember my grandmother talking about those times, if my dad would make it back or not.”

“Mr. Clark represented our tribe and he represented us very well,” said Cawston, who presented Clark with a beaded medallion of the Colville Tribal seal. The gift, said Cawston, was a special gift to him and he hoped it would be special to Clark.

The Colville Tribal Veterans Program also presented Clark with a plague, Pendleton blanket and other gifts.

“We talk about Veterans Day and we talk about Memorial Day, and many times once those days are over we forget about our veterans … Many of you know WWII veterans are far and few between,” said Redthunder. “The important thing about doing this honoring today is that we are doing the honoring while William is still alive. So many times, we do this when our veterans are gone.”

Clark had initially reached out to the Colville Tribal Veterans Program in an effort to plan for what he calls his older age - specifically, Clark said, he is looking to move from Tacoma back to or near the Colville Reservation.

“That first phone call reaffirmed why I applied for the Colville Tribal Veterans Program Manager position and it reaffirmed why I was proud that I had applied for the position,” said McDonald, a US Army Veteran who served from 1991 to 1995. “It was in that moment, speaking to William, getting to know the man, understanding his basic need and then taking on that responsibility and that duty to provide for that basic need, he reaffirmed to me why I am grateful that I have my job.”

McDonald thanked Clark for his service and his commitment to the country: “I am honored and deeply moved by having the opportunity in my lifetime to meet you, to understand you and to assist you with any of your needs on the Colville Reservation.”

Clark has remained active in the VFW and attends Native American Mass every Sunday at St. Leo Church in Tacoma with Fr. Patrick Twohy.

“A lot of us have been in the service and then a lot of us weren’t there served because they were taking care of families, taking care of kids,” said Clark. “In WWII for instance, everybody was collecting cans, collecting tires, collecting rubber, saving gas. Everyone was saving for the war effort. If we didn’t do all of that, we wouldn’t have won. We stopped them in Korea or we’d be speaking Russian today. We stopped the Russians… It was fierce fighting and a lot of people didn’t come back.”