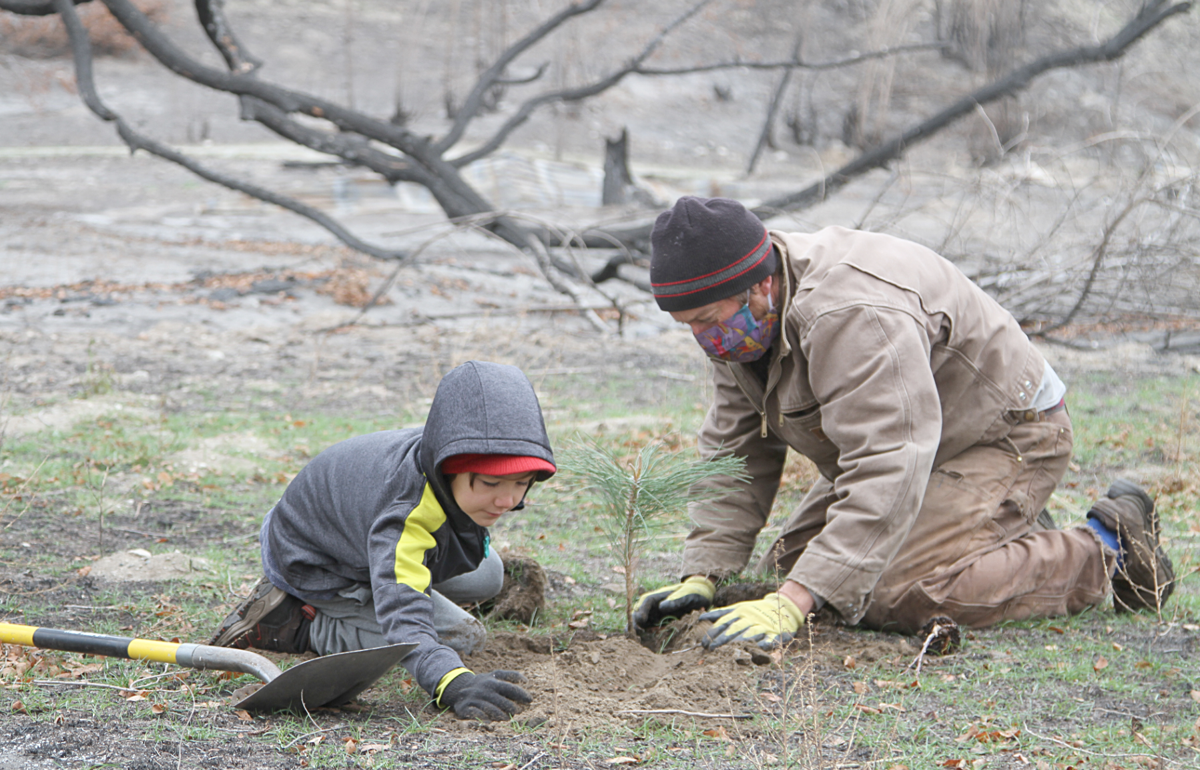 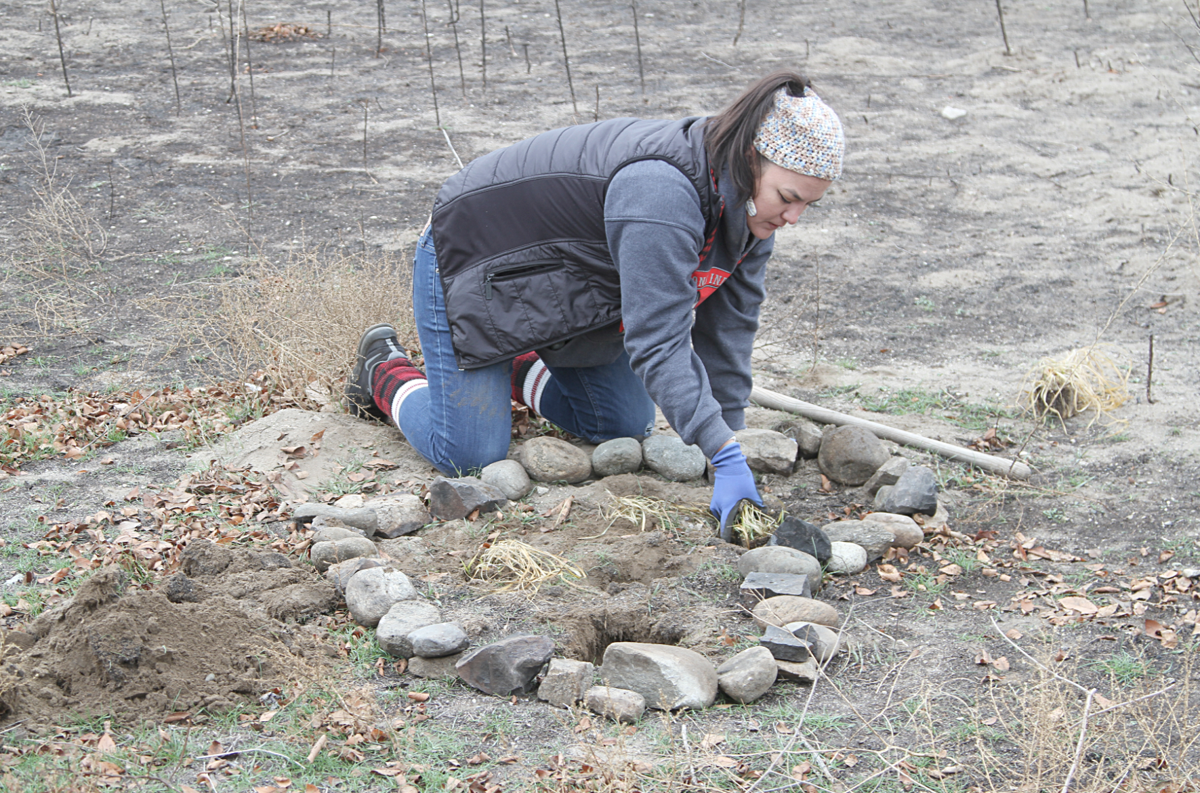 OKANOGAN VALLEY - In an effort to reestablish roots in the burn scar of the Cold Springs Fire that burned nearly 200,000 acres on the Colville Indian Reservation in September, the River Warrior Society, Methow Valley Interpretive Center and Methow Natives, a native plant nursery from Twisp, teamed together to plant native plants around homes impacted by the fire, Nov. 12.

At a burned homesite near the Monse bridge, the group planted Ponderosa Pine, elderberry and wild rose. Volunteer Nicolette Descoteux, a Colville tribal member, formed a heart in stones and planted inside the heart sweet grass.

Across the road, closer to the Monse Bridge, the group planted at the home of Arnold and Gail Cleveland.

“You guys are just awesome,” said Gail Cleveland, as the group planted willow and other plants in a row that had previously been the location of several wild rose and other plants. “From the bottom of my heart you’re awesome. I had all sorts of plants right here and the fire burned it all up.”

During the fire, the Clevelands lost a number of trees and plants near their home - though his home was saved.

The fire had started nearly 20 miles away, and Arnold Cleveland had driven up the Cameron Lake Road early the second morning of the fire, where he could see the flames still miles away. He thought they were safe.

When their power went out, the couple drove to town to get fuel, and by the time they returned home, he said, the fire had progressed to their home, pushed by high winds.

“It was burning all around the back of the house,” said Cleveland. “I had a shed over the water system there, and I just stepped around the corner and the bottom of the trailer burst into flames. If we’d been gone another couple minutes, we would have been without a house. It was crazy. It burned there. It went around the shop and my sisters house. It didn’t even touch it. Nothing melted or got too hot. But man, we were getting gusts here up to 84 miles per hour. The fire was just blowing straight across.”

Seeing the Clevelands outside working, firefighters pulled in to help them douse the fire at house and fell some of the high danger trees nearest the home.

“We lucked out out,” said Cleveland. “I grabbed a shovel and was beating on it. Gail grabbed a couple buckets of water and we slowed it down. About that time, a fire truck pulled in. It was four young guys. They pulled the hoses out and got the fire out. Every day we look at things and say, ‘Wow.’ If we hadn’t pull in when we did, we wouldn’t have a house.”

In the Cold Springs Fire and Inchelium Complex Fires that both started over the long Labor Day Weekend, over 80 homes were lost on the Colville Indian Reservation.

The River Warriors Society immediately responded to the fires on the Colville Reservation, launching a grassroots effort that organized the reception and distribution of donations from across the state and that has continued through the recovery phases of the response.

The group recently donated 14 new freezers to families who were victim to the fires and have issued a call to young hunters to provide deer meat to those families for the upcoming year, said the River Warriors’ Faith Zacherle, a Colville Tribal member.

Next week, Zacherle noted the group also has new washers and dryers for some families and they have launched a project to build three tiny homes for tribal members who lost their homes in the fire.