You have permission to edit this article.
Edit
News
Sports
Opinion
Social Media
Advertising Opportunities
1 of 13 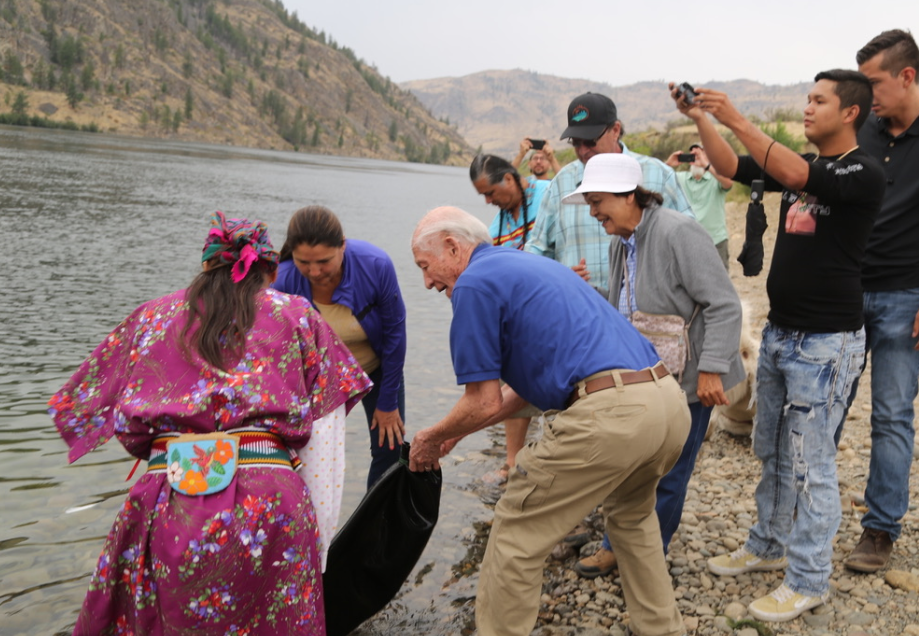 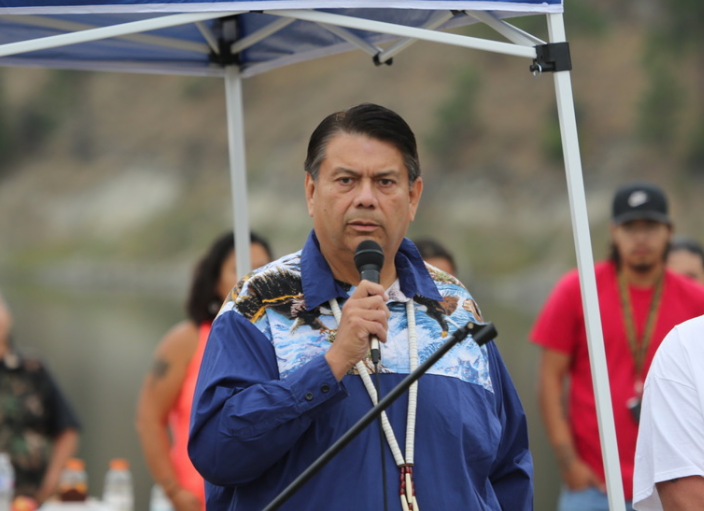 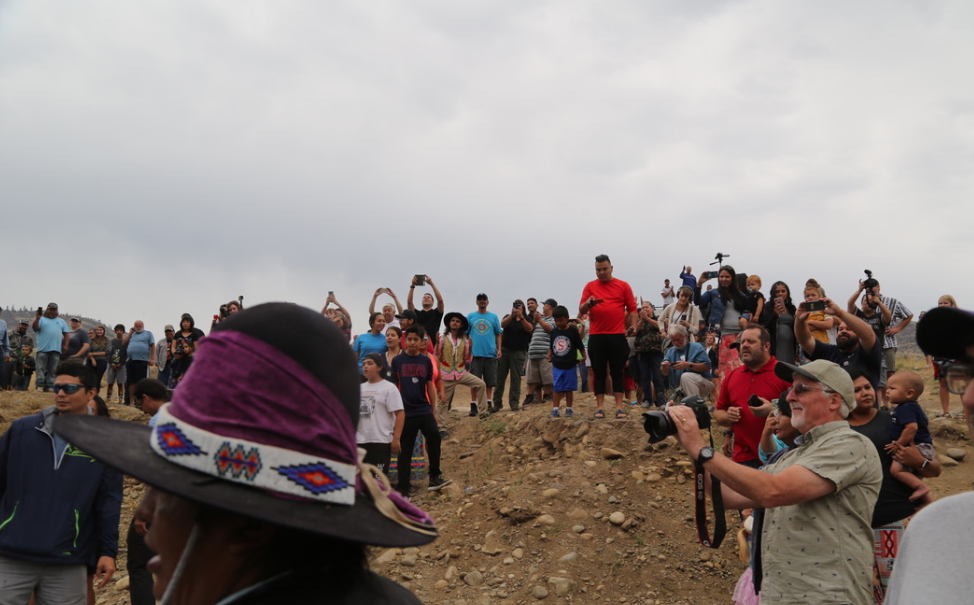 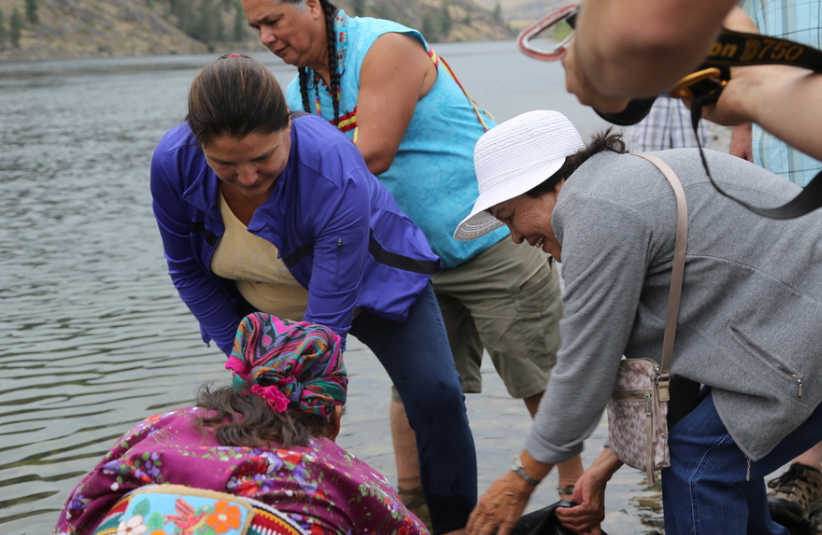 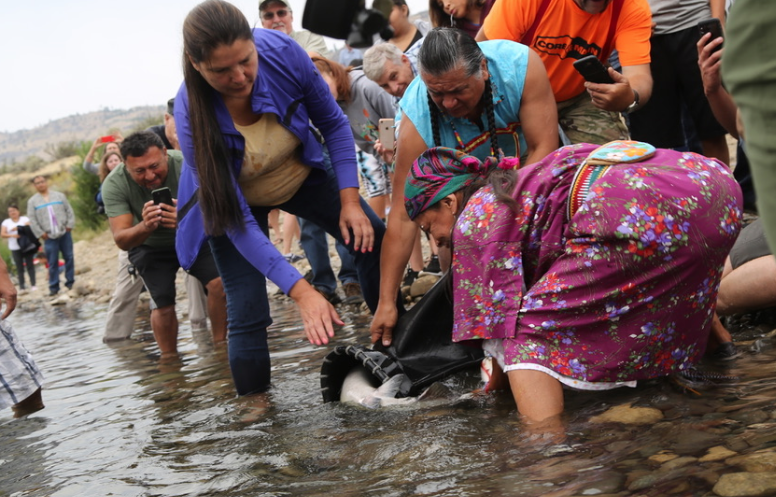 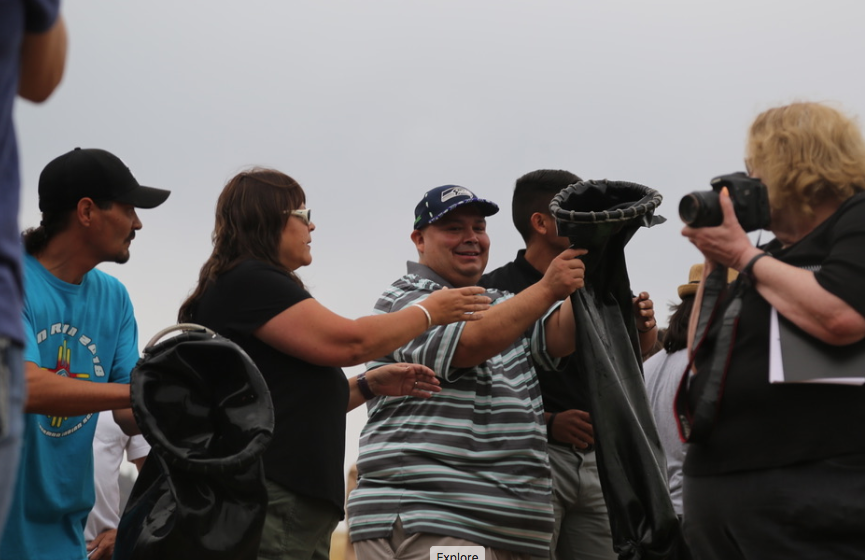 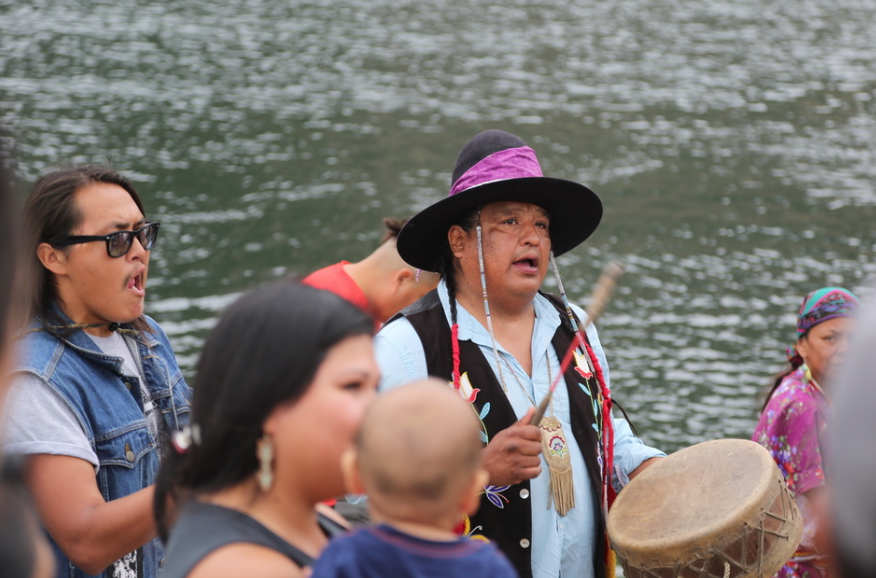 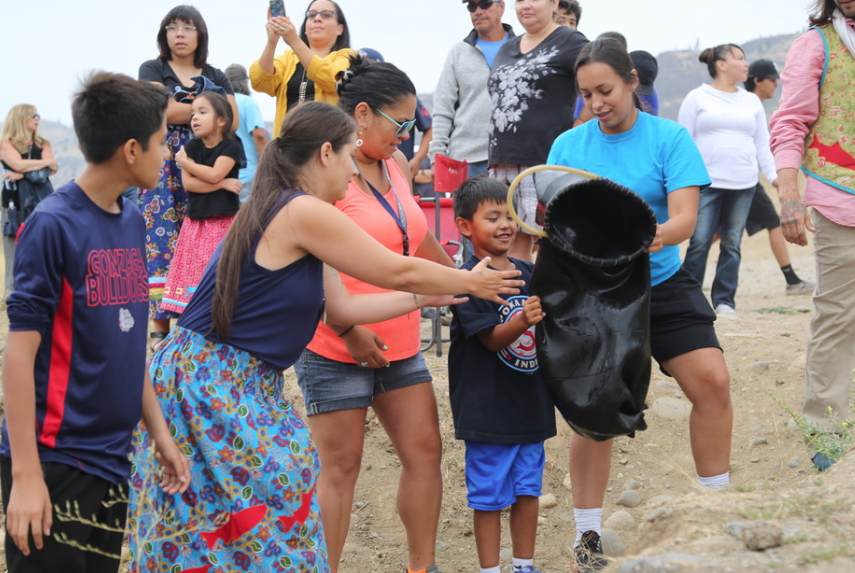 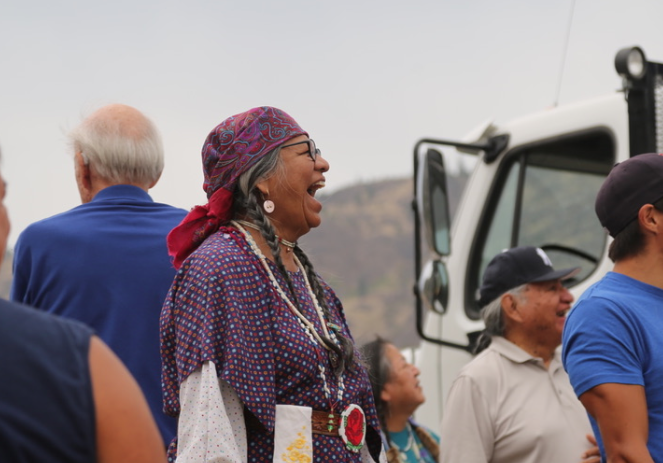 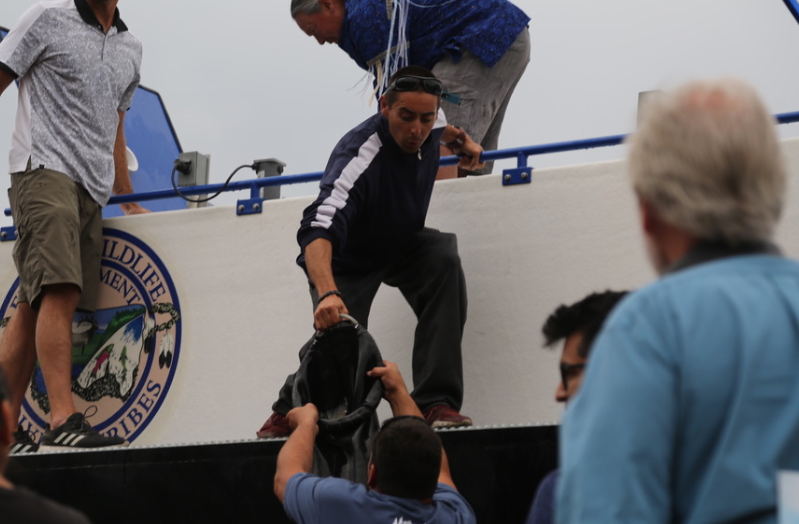 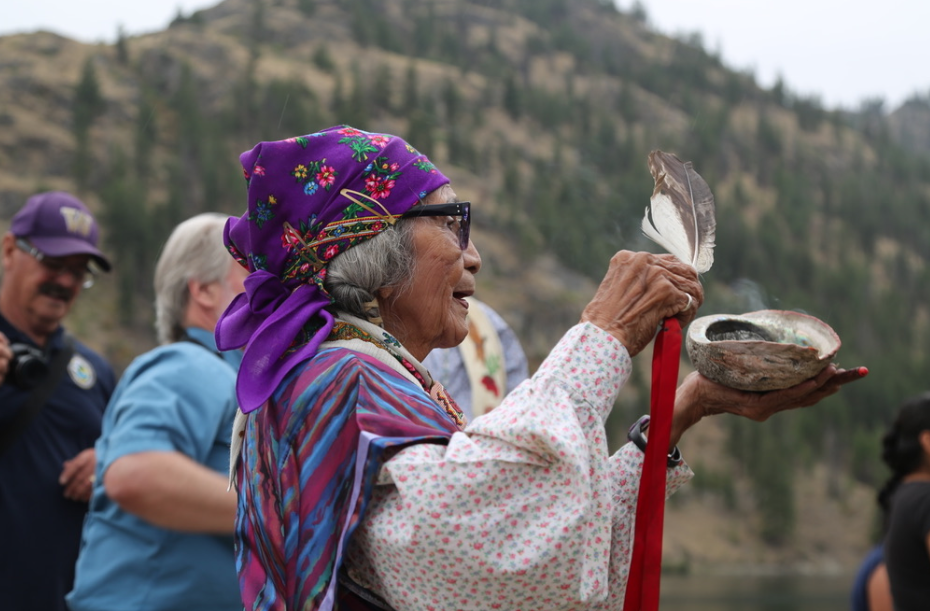 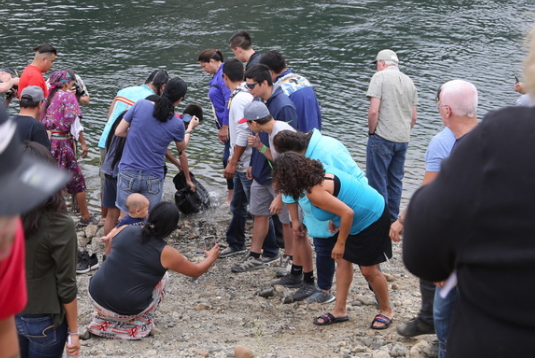 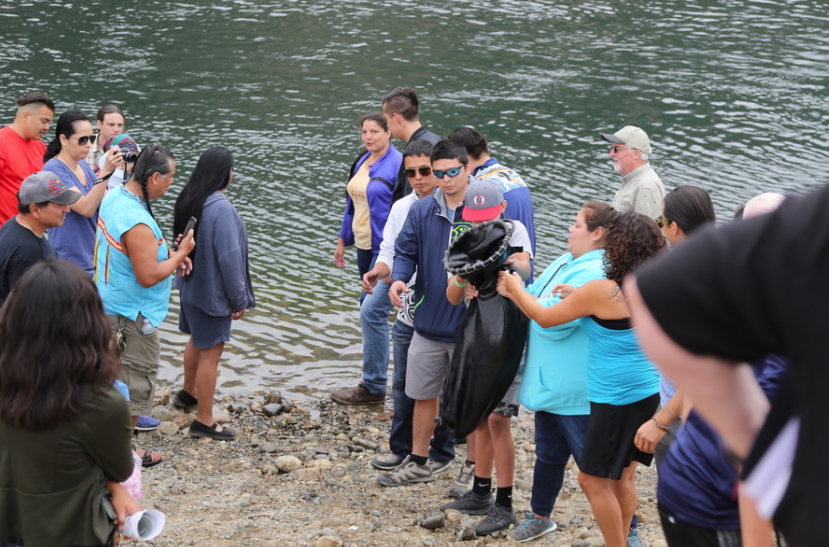 NESPELEM - The Colville Confederated Tribes planted 3O chinook salmon into Lake Rufus Woods - a span of the Columbia River between Grand Coulee and Chief Joseph dams - in a cultural event this morning near Nespelem.

The release represents the first migratory salmon above Chief Joseph Dam in 64 years, and it comes as a larger effort by the Colville and other regional tribes to reintroduce migratory salmon into the upper stretches of the Columbia River.

“The is a good step in the right direction, to right something that has been wrong for almost 80 years now,” said Colville Business Council chair Rodney Cawston. “Even though its a limited amount of fish that we are returning back into this river it’s a huge step for us. It’s a huge step for our people.”

“We’ve been after this forever,” said Colville tribal elder Wendall George. “The young people now, they’ve had a feeling of loss. We all do. We all have feelings of a loss, even though we didn’t lose the salmon ourselves, our ancestors lost the salmon. Depression is part of that. There’s a lot of reasons towards depression, but that is one of them. This goes towards healing. In the longterm, this will be good for us. We are getting back something that was lost.”

The salmon came from a surplus from Wells Hatchery of the current Chinook run.

Before being released, the fish were tested for IHN, a virus found in trout and salmon.

To release the salmon, tribal members and others present formed a human chain along the river at the Net Pens RV Park - named for the steelhead farm owned by Pacific Aquaculture. Colville Tribal Fish and Wildlife employees placed the salmon into rubber carriers and handed the fish down the chain to the water.

“It’s hard to describe the feeling I had when I turned one of those fish loose and turned around to see everybody here,” said Colville tribal member D.R. Michel, executive director of the Upper Columbia United Tribes. “It’s a first real step in [fish passage]. I think it’s inevitable. It’s just a matter of when not if, but it’s overwhelming … Since the tribe has lost the salmon, it has always been in our mind that one day they would come back home, it’s just a matter of time before the technology would catch up to provide us these opportunities. The Columbia River Treaty being up for modernization, the Northwest Power Conservation Council adopting fish passage into their program, all these things are lining up for a reason, and it’s providing us an opportunity. We need to take advantage of it. Today was a good example of it.”

Prior to the release, tribal member Jim Andrews and CBC member Darnell Sam sang prayer songs for the fish.